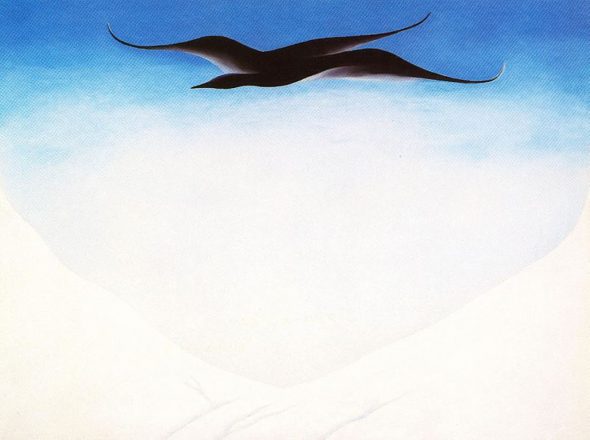 BLOG— A prayer for days

The day begins like this: a quiet alarm goes pock-pock-pock. It’s a bamboo wind chime sound, but I wake up thinking something has fallen to the floor. So the alarm delivers, as promised, alarm, a mild one.

The day begins with the beloved’s voice. “Good morning, hello, you, me, we’re here, together, here.”

The day begins with tree shadow, with bird song, with a rectangle of grey on the slanted ceiling that slowly warms to blue. The top of a spruce floats there, and the ghost of the crabapple cut down this spring, visible in afterimage. The day begins with the creak of floorboard, and the smooth wood of the banister passing under my hand.

The day begins with a dog. The dog wakes at emotional noon: his affection is at its zenith, and there is no happiness higher than the morning greeting. The demand for breakfast is an hour away; in this moment, he is feeling no lack, only the bounty of love.

The day begins with coffee (for the humans) and a cookie (for the dog) and with a moment on the deck to inspect the day. I find the day good. Leaves flutter like prayer flags. The walnut tree, though, is still bare. I check its branches against the morning sky: they’re knobbed over with buds. Leaves-in-waiting. Prayers still balled up tight. The day inspects me, and finds me good. What a relief! The day and I are mutually admiring, and why not? The day and I are not necessarily different things.

I write first thing. As often as I can, I write poems. My poems begin in the dark, in all senses of the word. They come out of night, the vast country inside. And out of night, the vast country out there. I try to follow the words. Sometimes I follow them in the sense of a drill sergeant bringing up the rear. Sometimes, though, I really follow them, and they lead to all the pathless places. The words are privy to the forest’s secrets. What they choose to expose is up to them; they can’t be shoved or shouted into revelation.

The day begins with the slow leak of light. Night, the infinite balloon, is suddenly a speck against the sky of day. That light seeps into my poems. Though they begin in the dark, they don’t stay there. At least, it’s my work to try to give the things of dark a place in day. It’s a tricky business, akin to interpreting dreams. You have to preserve their strangeness while opening them to meaning.

Of course, being a 21st century human who writes (I confess) on a laptop, sometimes the day begins with email. With Internet news. With a quick Google of this or that, a practice that leaves me curiously spent, both empty and full. I try to avoid too many digital mornings. The analog ones are so much better.

The day begins with a dog wanting breakfast. His unconditional love has switched off like the neighbor’s porchlight, and now he’ll love me on one condition only: breakfast. He’s successful in his campaign. Breakfast seems like a small thing to trade for love. When he rejoins me on the couch, he chews his toy bear for a while, as if the jaw action set in motion by breakfast can’t be stopped, not yet. It does eventually wind down. In contact with my thigh, he falls asleep. It’s the first of many naps that will pocket his day.

What will pocket mine? I try not to overplan. An hour ago, on the deck, I found the day good. I’m sticking with that judgment. “Good” is more a matter of stance than happenstance, after all. The day, this day, is sure delivering! There’s a dance party at the neighbor’s house — on the neighbor’s house. The tree shadows are doing their tree-shadow-shakin’ thing. Less prayer flag and more … “Like a Prayer,” Madonna, 1989. I was 15 then, and we all wore big cross necklaces like hers. Oh, but we were pious.

The day begins, sometimes, with rain. The drops pock-pock-pock the roof, they rivulet the windows, they silver-stripe the house’s sides. They find the ground, which is where all our days are headed, too.

The day, this day, is good.