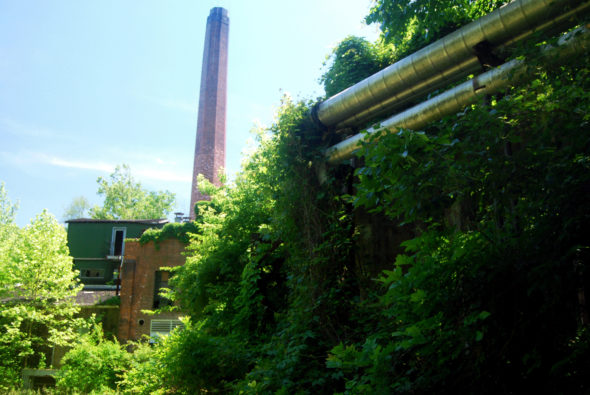 Few things give the sense of a society whose time has lapsed than impressive human structures overgrown with plants and trees. 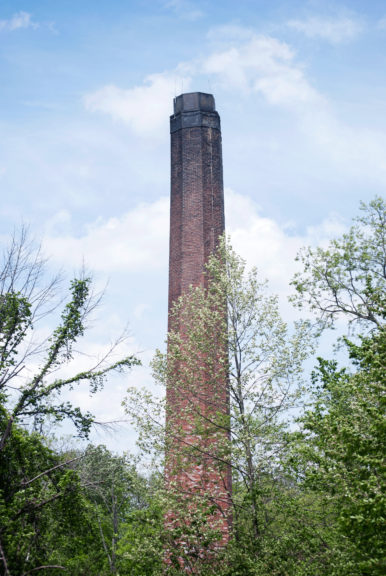 A building’s façade crumbles and gives way to the architecture of nature, which consumes it slowly and rebuilds in its own image. Such a transformation is taking place at the site of the old power plant that used to serve Antioch College, whose catwalks and pipes run alongside branches and vines like mechanical tendrils. 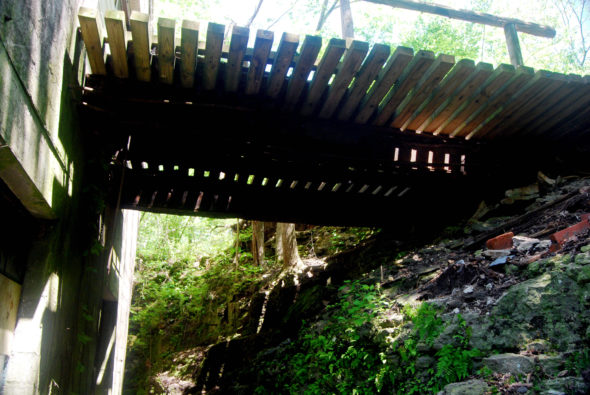 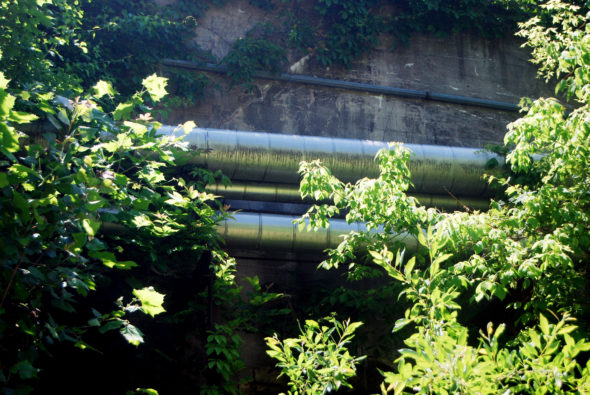 The power plant is an unmistakable sight. Its old octagonal tower reaches up past the trees of the Glen, the coverage of the trees belying just how tall it is. The plant is built in what used to be a quarry, and you descend approximately 20 feet to get to the plant’s ground level. You find yourself under old catwalks and next to windows that have long since been boarded up with sheets of plywood. It isn’t long before the visitor is assured of the fact that the plants, birds, mammals and insects remain unimpressed by what at the time was a fairly cutting-edge system. The buildings are being given over to the domain of nature, one of those places dripping with water of indeterminate origin and whose soundtrack is the ceaseless buzzing of insects. Chatoyant motes of dust and pollen drift in the shafts of light that break through the leaves.

For a long time, though, the plant buzzed with significant human activity. The plant was built in 1929 to provide coal-generated electricity to not just the Antioch campus but the entirety of Yellow Springs. Efforts were made to prevent the power plant from playing the role of village electricity supplier, but not from villagers: Dayton, Power and Light tried many times to compel the College and the Village to keep buying (at inflated rates) the electricity DP&L produced. 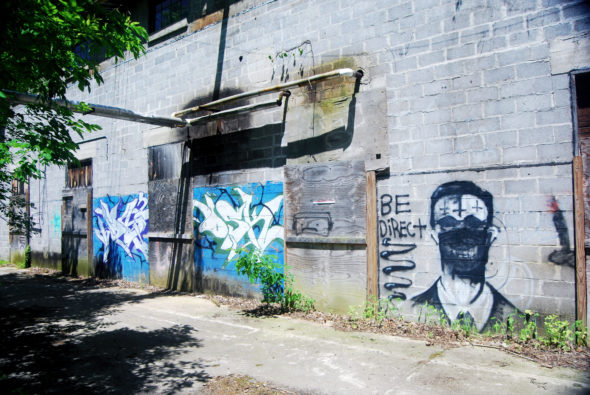 The power plant was the brainchild of Arthur Morgan and various Antioch faculty and staff, who wanted a better science building. The building they envisioned would be huge and would thus require a large boiler; research showed that a power plant was the most efficient way to go. Morgan figured he could power both the campus and the nearby town with the power plant, and set in motion his plan to do just that. 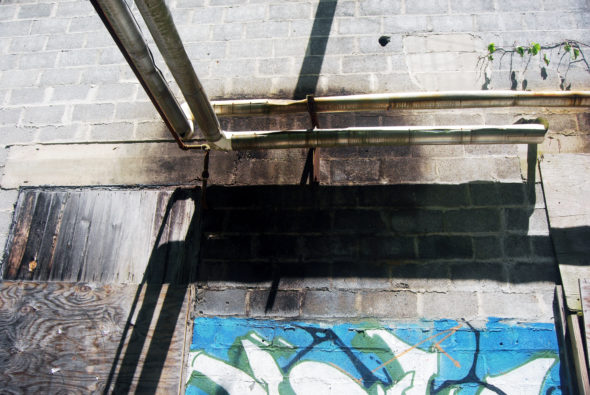 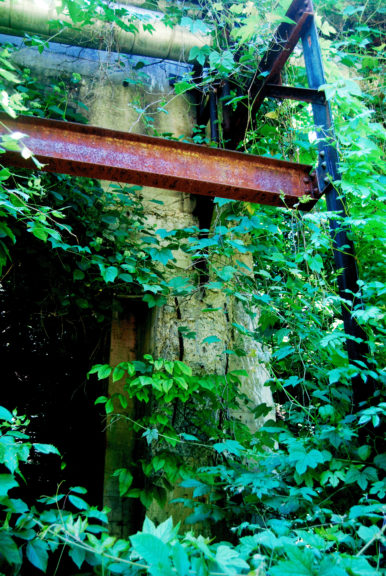 As it happened, the Village’s contract with DP&L was about to expire, and so Antioch stepped in to bid for the contract. DP&L was not happy about this. As Antiochiana historian Scott Sanders wrote, the “power company’s president paid a visit to Morgan like some gangster in a Raymond Chandler novel” and tried to intimidate him out of bidding for the contract. DP&L didn’t stop there: they managed to delay shipments of power plant equipment to Antioch and attempted to embarrass the college by circulating some of Morgan’s son’s socialist writings. However, Antioch applied their own muscle to the situation and had some influential people visit DP&L folks and tell them to knock it off. The reverse pressure worked, and Antioch was awarded the contract to supply the village with electricity in 1929. Construction was timed so that Antioch could pick up right when DP&L figuratively and literally turned out the lights. 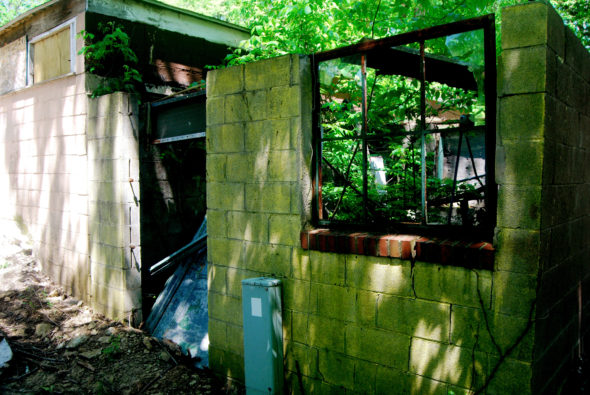 The November, 1929, edition of the Antioch Alumni Bulletin highlighted the plant’s impressive equipment. In addition to providing info about the various boilers and engines (whose technical specs I frankly don’t understand), the Bulletin explained that the plant made significant use of unmanned equipment (including “Detroit underfed forced draft stokers”), which allowed the Bulletin to make the quaint boast that “there is no shoveling of coal at any time” to make the plant run. Power was fed to the campus via a huge transformer located in the rear of South Hall. 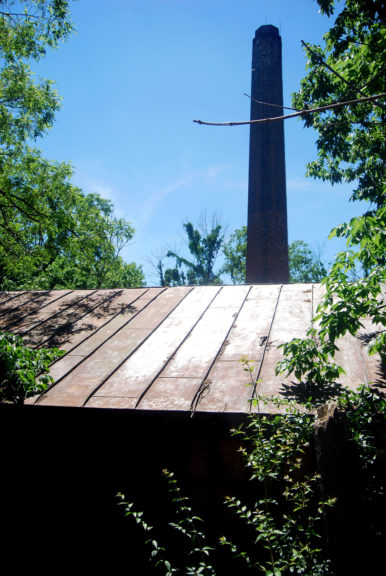 Coal was supplied via train, whose tracks ran right next to the plant. The train cars full of coal could be dumped directly into storage areas onsite. (There was enough room to store approximately 35 carloads at a time, according to the Bulletin.) A tunnel running 1,350 feet (almost a quarter mile) connected steam pipes to buildings across campus. Being the engineering marvel that it was, instructors availed themselves of the opportunity to educate students: the plant was also outfitted with “every sort of metering device which throws light on the engineering or economy of the plant.”

Antioch provided electricity to the village until 1947 and stopped altogether not long after. The plant was converted to burn natural gas until the Village began contracting with AMP Ohio for their power needs. Today, the College relies on a combination of solar, geothermal and traditional energy to power its buildings.

But, of course, the course of local energy sources matters not to the current inhabitants of the old power plant building. Though somewhat forlorn (especially at night – abandoned buildings in moonlight are always eerie), there is a distinct and immutable peace attending any crumbling edifice, reflecting the possibilities of a world not subject to human ambition. The area is being reabsorbed by time and nature, transforming into a place of beauty that proves the architecture of the natural world will stand stronger than anything the human world can devise. 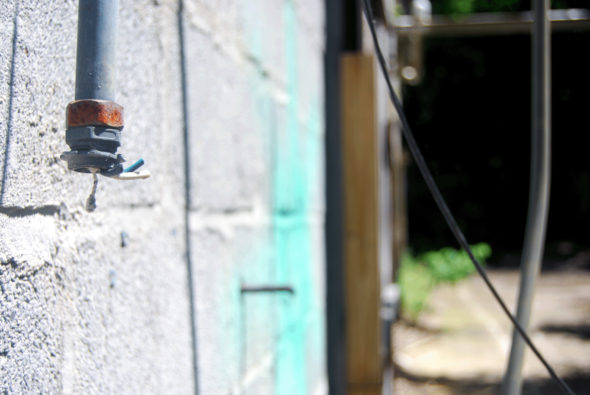 (Special thanks to Scott Sanders for his good humor and boundless enthusiasm for digging out old documents for me. He has been a tremendous help with this series, and his organizational and recall skills are unparalleled!)