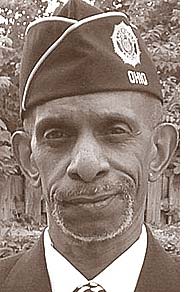 Ronald Carter Robinson, 72 years old, of Yellow Springs, was called home to be with the Lord on Sunday, June 4, 2017.

Ron (or Papa Smurf, as some called him) was born Dec. 25, 1944 in Bronx, N.Y. He was a graduate of Erasmus Hall High School in Brooklyn, N.Y. in 1962, and entered the Air Force during the Cuban Crisis and the Vietnam conflict as a communications specialist. He was employed by the Federal Government (DESC) as a computer programmer and retired with 32 years of service. Ron was a “paid up for life” member of General Daniel “Chappie” James American Legion Post 776, Riverside, Ohio.

In lieu of funeral services (in order to respect Ron’s wishes) his family will have a celebration of life to be determined at a later time.