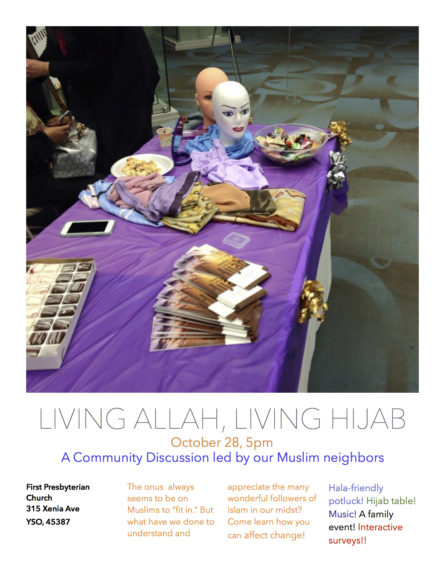 Lately, I have thought more and more about leaving Christianity. Not because I don’t believe in God, I do. And I loves me some Jesus, so it’s not that, either.

I think about it because throughout history, white Christians have largely been the worst. And white male pastors?

I love to learn, and because I can’t read everything I watch a lot of documentaries. My favorites are invariable from PBS (support public television!). I’m one of those odd people who can read and write while a documentary is playing and, for the most part, I am able to take in most of the information.

So this week I have been working on my dissertation and preparing for the upcoming event on Saturday while documentaries have played in the background. Frederick Douglass. Nat Turner. D.W. Griffith. The Mississippi Sovereignty Council. My people have overwhelmingly been on the wrong side of justice issues.

Please, let’s not fall down the #notallwhitepastors rabbit hole. Of course there are important exceptions. But that’s just it: exceptions, not the rule.

Our Constitution is not written for most citizens. White supremacy is the ink of the document written upon the backs of the oppressed. More white pastors than not have supported slavery, Jim Crow, the Klan, and segregation. White pastors have attended lynchings, encouraged their congregations to rain blows down on peaceful protestors laboring for equality. They have called ICE, labeled refugees terrorists, and delivered ignorant, untrue sermons about Islam. They have and do support the current administration with has nothing of Christ in it, God forgive me.

I think about what the clerical collar represents to many each time I wear it, which I do less and less. Christian is a dirty word becoming more filthy with each passing day. So, yeah. It occurs to me that maybe I am part of the problem by being part of a deeply flawed institution.

I can’t walk away, though. I love the people of First Presbyterian Church. Being a pastor allows me to serve Yellow Springs in a variety of ways. But I mainly do not walk away because being a pastor is in my blood as well as my heart.

Frederick Denison Maurice was a 19th-century Anglican cleric. Known for his profundity and long-windedness, in 1845 he delivered six lectures on world religions at churches around London. While he most certainly had internalized the gestalt that Christianity is superior to all faith traditions, he wrote boldly and effusively about the wisdom and goodness of Islam. This was radical in the truest sense of the word. He had been expelled from King’s College for his strident views, but that did not stop him from continuing to attack what he saw as pernicious lies about the faiths of other peoples.

I am a Maurice and affectionately refer to F.D. as “Cousin Freddie.”

Cousin Freddie is credited with being the founder of Christian Socialism. He started worker’s associations around London which were inspiration for the future development of the YMCA. He believed that Christianity was soulless, not because of any failure of God but because of the woefully choices of human beings. The answer? To gather people together with a common purpose.

Every time there is a terrorist action anywhere in the world, American Muslims tense up, holding their breaths to see if another extremist will invoke the name of Allah to justify their action. Regardless, the common response, from the highest level on down, is that Muslims should be protesting, condemning, or engage in some other action non-Muslims decree as necessary to prove that they are not threats.

That doesn’t happen when white dudes go on killing sprees. I have never been contacted by the media to ask if I condemn a school shooting perpetrated by someone who claims to be Christian. Further, Muslims do protest, condemn, and speak out. Often, but with little media attention.

As a white, male, Christian pastor I think my faith tradition has been woefully silent in standing with our Abrahamic siblings. For the past three years I have been nurturing relationships with Muslims, primarily women, to listen, learn, love, and laugh. It’s really good for the soul

On October 28 at 5 pm, First Presbyterian Church and the Beloved Community Project are hosting a program called “Living Allah, Living Hijab.” We will be joined by some Muslim neighbors, who will speak to their experiences and needs as community members. We will be centering and privileging Muslim female voices, but others will have opportunities to share.

At 6, we will break bread together. This is a halal-friendly potluck. If you’re able, please bring a dish or beverage. No requirements, though. Are all welcome. None will be turned away from the table. Until 7:15, we will talk with one another, reflecting upon what we’ve heard and offering reactions.

Then, after we’ve turned our attention back to the group as a whole, we will share and begin strategizing as to what specific individual or cooperative activities we can engage in between October 29-November 16 to be better allies and community members to our Muslim siblings.

On November 16, we will gather for the first liturgia of the new season. Art, music, food, and conversation, we at the BCP believe, help created shared experiences that break down artificial barriers and help us to see one another more holistically.

Childcare is available for the 10/28 event. Kids will have the opportunity to make art that will hang in our “gallery” on November 16. Any question can be directed to revsaari@gmail.com