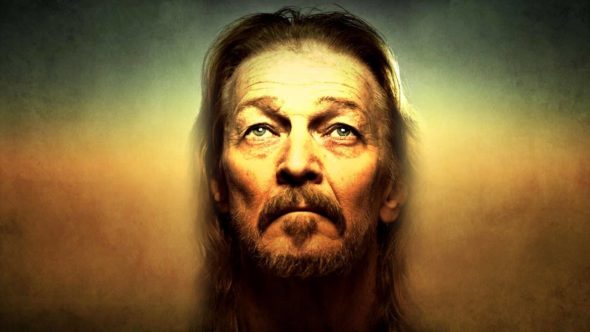 Regular readers will know of my lifelong obsession with Jesus Christ Superstar. That I once played Pontius Pilate. That I have a JCS angels tattoo. That I am an academic expert on Judas Iscariot. So you’ll forgive me that I take endless delight in saying with as much regularity as possible, “I was talking to my friend Ted Neeley the other day, and we were just chatting about Christology in the lived experience. And he was saying…”

Ted Neeley will return to the Little Art Theater November 11-13 for three viewings of the classic 1973 film version of the iconic rock opera. (Seriously, rock opera; Wikipedia has it listed as a musical. Smh. Get it together, people.) Click here for the details of some pretty awesome experiences you can have, all while supporting a Yellow Springs treasure, our beloved community movie theater. Seeing that my family once owed it, I might be a little biased, but the LAT is pretty dang great, ammiright?

In the print edition of this week’s News, you will find another column about the upcoming events, specifically their significance vis-a-vis the passing of Barry Dennen, who defined the role of Pilate on stage and screen. I write here as a pastoral theologian and a devout follower in the way of Jesus. And as someone who believes Ted Neeley is one of our great theologians.

There’s a scene in the Gospel of Mark in which a perpetually menstruating woman sneaks through the disciples and tugs at the hem of Jesus’ garment. It includes a curious line: καὶ εὐθὺς ὁ Ἰησοῦς ἐπιγνοὺς ἐν ἑαυτῷ τὴν ἐξ αὐτοῦ δύναμιν. Literally, this means something along the lines of: “And immediately, Jesus recognized within himself that power had gone forth from himself.” He then turns around and demands to know who touched him.

The passage strikes blows upon at least two orthodox beliefs about Jesus: that he is omnipotent—I mean, we seem to encounter video game Jesus in a need of a power-up, here—and that he is all-knowing. To be sure, there are many explanations that contextualize this passage to square it with doctrine (we can discuss those in comments, if you’d like), but for me this passage has always reflected the human nature of Jesus. He gets drained. Crabby. Sometimes he needs a snack and a nap. I get this Jesus much more than I do the one who is above the fray in all things.

I’ve written before about the indefatigable spirit Ted has when he attends events like those scheduled for the second weekend in November. People tug on his garment. Lines stretch down the block; those who wait to see Ted, in many real ways, are waiting to see a Jesus that they know and love. Often one they can trust more, I’m sad to say, than the one offered to them by the Church. Ted greets them as I imagine Jesus greeted them, with a smile that melts away the rest of the world. He hugs with arms that seem to draw one into the moment of creation. Ted radiates a pure joy and appreciation that comes, he and I both agree, with knowing who Jesus really was: God’s agent who loved so fully and radically, the world had to kill him.

Ted grew up in a small Texas town that loved Jesus and football. Raised primarily in the Holiness tradition—think Pentecostal—Ted was exposed to a nurturing, caring community that supported one another and him. His faith was sown with good seeds, something that sadly is not always the case. For him, God is experienced and known through Christian agapic love and the underpinning of small town values: you take care of others. In this way, Ted is like Dietrich Bonhoeffer: Christ is revealed through community.

When Ted Neeley talks about what had to happen in order for him to live the life that he has lived—and, again, see the most recent print issue for more details—his voice is still infused with emotion as he relates each miraculous event. Ted will tell you, he is no actor; he is just a bow-legged drummer screaming high notes for a Texas band. His existence is bereft of artifice because, decades ago, he and God had a talk and came to an understanding.

Imagine that you are 28 years old, that you’ve already, by circumstances you can’t quite believe, starred in the leading roles for the two best rock operas of all time,  Jesus Christ Superstar and Tommy, and you suddenly find yourself cast in a film directed by Norman Jewison, arguably one of the most important and accomplished filmmakers to come out of Canada, and that’s a potent list.

Imagine that you are a deeply-believing Christian who, while not yet fully aware of the cultural impact the film will make, knows that entire Christian denominations will condemn the film as satanic and blasphemous. Imagine having the voice that Ted Neeley has, but honestly believing that you are just some dude from Texas who likes to make music with his friends so that other people will be happy and have a good time. Imagine that spiritual and mental space. What might you do? How might you respond?

Ted talked to God. He engaged in true islam; he submitted. He told God, Hey, if you let me do this, I promise I will give it all I have every moment I have; I’ll take care of my body because I know that you’ll take care of my spirit. If I get to do this, I do it with you. Always. Until you tell me it is time to stop.

And here it is, 45 years later and covenant still holding.

Back to our scripture passage. Jesus’ disciples act incredulous that he is asking who grabbed his garment, given that a mob surrounds him. The woman who did the grabbing presents herself before him καὶ εἶπεν αὐτῷ πᾶσαν τὴν ἀλήθειαν, “and told him the whole truth.” We should keep in mind that no one is really telling Jesus the whole truth in the Gospel of Mark. The disciples are all huge flops. The Herods want him dead. The religious authorities want him dead. The Romans are going to kill him. But here we have this woman who has no cultural stock. She is ritually unclean; we can assume she once had means, but she has spent it all on doctors. We wonder if she had a family, children, a story that is not told, but her desperation and faith lead her to drop before Jesus and tell it all.

Mark gives us no record of what this truth is, but this makes for a more powerful scripture, no? What form of desperation or situation would cause us to lay bear everything? What faith would animate us to believe that doing so would result in healing?

Ted Neeley never tries to convert anyone. But people talk to him about their faith lives. They tell him incredibly touching and personal things. I know. I did so when I met him, and his response still brings me tears. I think that Ted is able to be such a fitting representation of an acculturated understanding of Jesus because he continues to tell his whole truth to God. He gathers his strength from a spiritual source; I felt the same thing when I was in the presence of the Waitaha grannies.

Ted always asks who touched his garment, not out of irritation but of love; so many of us then tell him the whole truth because he helps us feel safe and understood. We tell him what he has meant to us. What Superstar has done to help us locate a God who resonates with our experiences. We come to Ted because our faith has made us well and we want him to know.

In these viewing/listening/singalong engagements, makeshift communities are formed, like the thousands who followed Jesus into the wilderness to hear his teachings. And while together, these people who have come in search of something—whether it be in the wilderness or in the LAT—find themselves in communio. Without a church or the confines of religion, they engage in εὐχαριστία, eucharistia, “thanksgiving.” And they do so with a loving Christ in their midst.