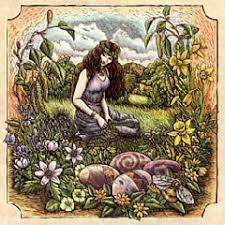 A representation of the Pagan holiday of Ostara (Photo by Anthony Meadows from the Llewellyn Witches Calendar).

Equinox traditions: An interview with a World Religions scholar

At 12:15 p.m. on Tuesday, March 20, the sun crosses an imaginary point in the sky marking vernal equinox for the Northern Hemisphere. While this precise astronomical calculation is a modern development, throughout history nearly every culture has commemorated the season of Spring.

This week the Yellow Springs News interviewed Amanda Hayden, Associate Professor of World Religions and Humanities at Sinclair Community College, who lives in rural Greene County with her family, on some of the folk and cross-cultural traditions of the beginning of Spring.

NEWS: What is being celebrated at the Spring equinox?

Hayden: At equinox we are celebrating balance and the beginning of Spring. It is the marking of the dark to the light, or the Winter to the Spring. For most of us today it’s a mental, psychological, emotional yearning — we want this reinsurance that Spring is coming. But for an agricultural culture it’s more about survival. The food is running out and we want to know when we start planting again.

Ostara really provided this spiritual and religious morale. It wasn’t just, ‘Spring is coming,’ it’s a sacred ritualistic celebration to help usher it in. It’s that acknowledgment and appreciation of us playing a role, of us having a reciprocal relationship with nature. It’s not that we can make it happen, but we are participating in it. Most of all we’re showing devotion to the goddess and the divine energy of Spring.

NEWS: Where does that word, Ostara, come from, and is it a coincidence that it sounds like Easter?

Hayden: Ostara actually comes from Eostre, which is the root word for estrogen. Eostre was a Germanic goddess of fertility. You find across the board across all of these religions, such as Lakshmi in Hinduism, a goddess or a feminine form of fertility, and prosperity. So that’s where we get the word Easter. 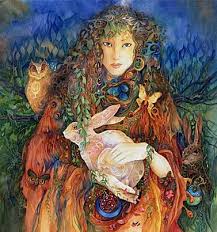 A representation of the Pagan holiday of Ostara (Photo courtesy of the Asatru Community.).

NEWS: Who celebrates Ostara? Is it Pagans?

Hayden: It’s important to define the term Pagan. When I’m saying Pagan, I’m talking about the goddess traditions that predate Christianity. They are the pre-Christian folk traditions, nature-based religions, totally based upon these wheels of the year. So either it’s a fully goddess-based tradition or at the very least the goddess is a part of the pantheon of deities. There’s always a really powerful feminine or goddess element. Western traditions then become very much male dominant.

NEWS: What were the traditions of Ostara? Were they co-opted by Western religions?

Hayden: Eostre, because she was a fertility goddess, is associated with things like birth and light. Eggs and rabbits are obviously associated with fertility, as well as baby chicks. Also sweets and treats because those things remind you of new life and new taste. So these symbols were super popular and a big part of the celebrations and the culture. At the time Catholics were converting the Pagans one of the ways was they would also take these holidays and line them up with their own. These symbols became mixed in, absorbed into the religion. Sometimes there was copying but there is a beautiful blend that has happened.

NEWS: What do other religions do to commemorate the Spring in similar ways?

Hayden: Besides Easter, Passover in the Jewish tradition has similar rituals and symbolism. Naw-Rúz is a Bahá’í holiday from Persia. Hindus have Holi, a spring celebration, which is about fun, sweets, colors, and playfulness.

Hayden: It’s pretty much universal that there is a definite sacredness to Spring. It’s not just about a cycle of seasons in a practical manner, it’s a sacred event of this changing of seasons. And each season is sacred, but I think Spring takes on an especially powerful energy, because after the Winter, there’ s a lot more at stake.

Hayden: Eggs are magic. They are this perfect symbol of new life, of the personified life cycle. There are all sorts of rituals of painting symbols and prayers on the egg, of decorating them and putting them in the earth to ensure good crops. 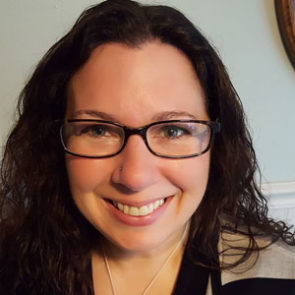 In some Native American traditions there is the legend of the universe being an egg, that we were all formed from the cracking of the giant egg. The eating of the egg is very important in some religions. For Christians, eating an egg would mark the end of Lent and it is also important during Passover. So the eating of the egg becomes symbolic.

NEWS: How do you recommend people celebrate the season?

Hayden: I tell my students that it’s really just about paying attention and having an appreciation and noticing what’s happening outside. Instead of just walking to your car, then into a building, then back to your car and home, take a moment and look at the buds of the trees forming, the plants coming up, the birds chirping. Just observe those signs of Spring coming. That’s really the spirit of it. It doesn’t have to be a ritual, just an appreciation of the sacred, juicy energy that’s happening right now.  It’s just an appreciation, a “thank you” for getting us through Winter, getting us to Spring.

NEWS: Why does this topic interest you?

Hayden: To me it’s so fascinating to not just look at these underlying Pagan rituals and influences, but also to look at all of the religions and how they are all adopting similar traditions. It calls to a bigger picture of a human need, a human story. It’s something in our consciousness that we are called to do, and somehow it becomes a religious manifestation.

One Response to “Equinox traditions: An interview with a World Religions scholar”