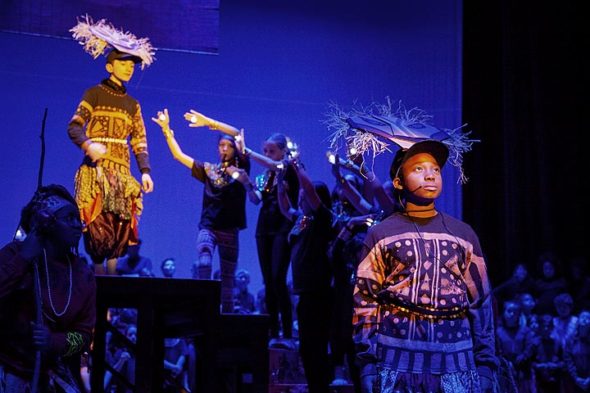 Circle of life, twice in one day

This year’s tri-annual all-school musical — with more than 200 Mills Lawn School students participating —  was an adaptation of the popular Disney movie and later Tony-award winning musical “The Lion King.” On Thursday, Nov. 16, students from kindergarten through 5th grade brought the Pride Lands to life at the Paul Robeson Cultural and Performing Arts Center on the campus of Central State University, re-enacting the coming-of-age story of a young lion named Simba in “Lion King KIDS.” The show was directed by Jo Frannye Reichert.