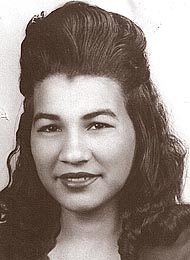 She was born May 18, 1927, the daughter of Herman and Jennie Cordell. As a native of Yellow Springs, she lived in the village until age 90, when she moved to Beavercreek with her daughter, Lisa, and grandson and granddaughter.

In 1945, Betty graduated from Bryan High School in Yellow Springs. One week after her graduation, she began working at Wright-Patterson Air Force Base, as she was employed there the previous summer between her junior and senior years of high school. In 1949, she married the love of her life, Paul L. Ford, and from that union there were four children. 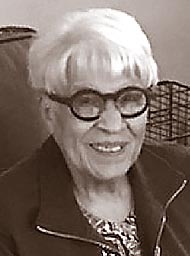 After 14 years of service, Betty resigned from Wright-Patterson Air Force Base to care for her mother and father. Shortly after their passing, Betty began working part time at Antioch College. As days went on, part time turned into full time service at Antioch. After 10 years, she moved on to work at Greene Metropolitan Housing Authority, where she was a housing manager. After one year, Betty was promoted to assistant director and held that position for 13 years, where she demonstrated a strong work ethic until 1989, when she retired. Following retirement, she spent time managing her rental properties, along with properties owned by her children and the Vernet trust properties.

Betty was a very active member at Central Chapel AME Church, where she was chairman of the Usher Board and a 20-year member of the Trustee Board. Not only was she active in church, but she was also a very engaged community member. In Yellow Springs, she served on multiple committees and boards, and she was also a charter member of The Victorettes and a member of The Retirement Set. Again, not only was she mentally active but was also physically active as a member of the “Silver Sneakers,” led by Lynn Hardman.

Betty was preceded in death by her parents, Herman and Jennie Cordell; her  husband, Paul Ford; one sister, Clara Janne Berry; and two brothers, Russell and Carl Cordell, Sr.

In lieu of flowers, Betty requested that donations be made to Central Chapel AME Church in her name.

Services for Betty J. Ford will be held Saturday, Feb. 2, at Central Chapel AME Church, located at 411 S. High St. Visitations will be at 11 a.m. until time of service, which will be held at noon, with the Rev. Dr. John E. Freeman as the eulogist and Rev. Dwight Smith officiating. Interment will follow at Glen Forest Cemetery in Yellow Springs. Arrangements entrusted to Porter-Qualls-Freeman Funeral Home.