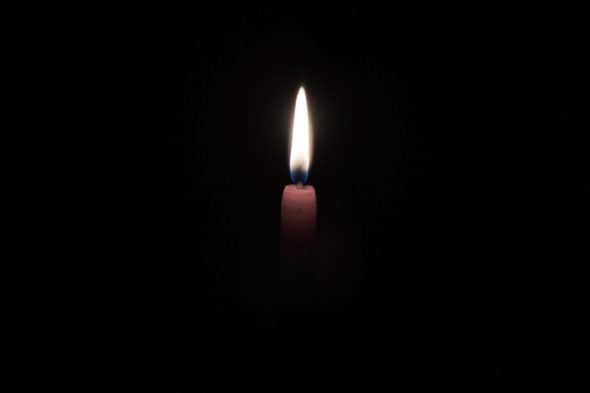 EDITORIAL — Because of guns

The following editorial was published in the Aug. 8, 2019, issue of the News:

This week started in sadness.

Monday morning, a staff member at the News said, “I kind of have the heebie geebies because I could have been out there, had it been another night, another event going on.”

The newsroom was silent. The phone rang a time or two.

The sadness, the sense of death brushing near, is nothing compared to the raw grief of those directly affected by Dayton’s Oregon District shooting. Those who survive those hurt and killed. The sadness of the rest of us — well, it’s not quite nothing. Sadness is sadness. The ache is so heavy.

But also: the anger runs so deep. For me, for many, the anger runs so deep. In shooting after shooting, there is one common denominator. Guns. We can talk about political ideology, misogyny, mental health. We can talk about youth and maleness and violence and the toxic mix of power and powerlessness, self-hatred and other-directed hate. All of these aspects are important, worthy of careful and compassionate consideration — and action. But, dear villagers, dear people of these torn-apart United States, we have to talk about guns.

The United States constitutes about 4.4 percent of the world’s population. (Smaller than I thought! Did you, like me, forget how small we are?) But, according to a 2017 New York Times analysis, we own 42 percent of the world’s guns. By that same analysis, we are not the developed world’s most violent society. We do not suffer the most mental illness. We do not offer the fewest supports for those in mental and emotional distress. We are not the only home to those entranced by ideologies of fear and hate. The disproportion lies only and powerfully in our ownership of guns.

Control for every other factor, and you’re left with: guns.

When guns are so widely available, when there are massive numbers of guns, guns of bewildering and terrifying capacities, guns that kill and maim dozens in a matter of seconds — we will, some of us will, use them.

So we have to reduce the number of guns.

Reducing, radically reducing, the number of guns is the only way to stop the killing. Other conversations, other actions must happen, too. But we cannot substitute those conversations and those actions for the very clear, very simple step of reducing the number of guns. Banning categories of guns. Limiting the kinds and numbers that can be owned. Making it hard, very hard, to get a gun of any variety at any time.

We’re always walking a line in this democracy between rights and responsibilities, individual freedoms and collective needs. Between the private and the public. It’s hard work, walking this line. But regarding guns? We left the line a long time ago. We’re in the open field. We have been unwilling to do anything, anything at all, to protect the lives of children, teens, workers, Walmart shoppers, nightclub goers, concert attendees, mothers, fathers, teachers, anyone and everyone. And by “protect the lives” I mean: dramatically reduce the chance that people living their lives will be suddenly and violently killed. My right to own guns does not weigh much against your right — and yours and yours, across the whole beautiful republic — to continue to live.

Let’s have all the other conversations. But first, let’s reduce the number of guns.