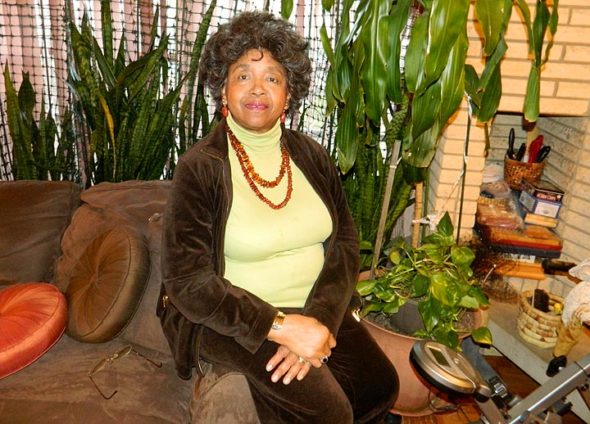 New works from a local writer

Barbara Fleming has always been a reader. The Alabama native loves all kinds of books, especially mysteries. And for the past 30-plus years, she’s been a writer, too — with four mystery novels to her credit, and one play.

“I love writing — that’s why I do it,” she said in a recent interview at her Yellow Springs home. “It balances me and gives me a sense of purpose.”

This summer, Fleming released not just one, but two titles: the fourth book in her Matthew Alexander detective series, and a play that grew out of that fourth book and relates closely to its plot.

“These two have been a lot of fun,” she said.

Fleming self-published both books through Amazon under the auspices of her longtime publication company, Silver Maple Publications. The company is also the publisher of a memoir by her husband, historian and museum director John E. Fleming. The couple has lived in Yellow Springs for 30 years. Their two daughters graduated from Yellow Springs High School; the elder, Tuliza, is now a curator at the National Museum of African American History and Culture in Washington, D.C., while the younger, Diara, is a lawyer in Atlanta.

Fleming’s latest mystery novel is “Chasing Isfet in the District.” It features her fictional hero, Detective Lieutenant Matthew Alexander, investigating a double homicide in the Anacostia neighborhood of Washington, D.C., while his wife, Carla, tries to rescue a friend from an abusive marriage. “Isfet” is an ancient Egyptian term for violence or injustice, Fleming explains in a preface to the book.

Her play in three acts, “When Isis Comes to Dinner,” picks up the story line involving Carla and her friend. The play, Fleming’s first, centers on a dinner party hosted by Carla in an attempt to intervene in her friend’s marriage. Isis refers to the ancient Egyptian goddess of life and magic.

The books are available on Amazon or her website, SilverMaplePublications.com. Fleming recommends reading the novel first.

“I took a scene out of the book and made a play,” she explained, making the maneuver sound oh-so-easy.

She considers dialogue and storytelling her strengths as a writer.

“Dialogue is like call and response,” she observed, referring to the musical tradition in the black church.

“You have to listen really well and know your characters,” she added.

In the case of her crime-solving protagonist, Matthew Alexander, her goal has been to create a black male character who embodies the values of integrity, responsibility and strength that are prevalent among African-American men, but little represented or celebrated by the culture, she said.

“So much in this culture depicts black men as predators, criminals, abusers,” she said. “I just got tired of that and created a character who wasn’t any of that.”

Fleming and her husband have two young grandsons, and her detective hero is the kind of man she hopes her grandsons will grow up to be.

“He’s an evolved black man. He knows who he is. He cares about his community,” she said.

While writing a male character hasn’t felt like a stretch to Fleming, she has enjoyed the opportunity in her latest books to expand the role of Alexander’s wife.

“You have to let your characters come to life. That’s what it’s all about,” she said.

The milieu of her characters is one Fleming knows well. All of her books are set in Washington, D.C., where she and her husband lived for 10 years as graduate students at Howard University and young parents. She loved living in that “diverse, multicultural” metropolis, she said.

“For black people in the 1970s, it was just a wonderful place to live,” she recalled.

The family relocated to Columbus in 1980, and it was there that Fleming began writing. While she hoped to find a teaching job in developmental psychology — she has a doctorate in the field — Fleming ultimately found employment as an institutional researcher, analyzing data for Ohio State, the state department of mental health and other entities. In the 1990s, she worked for Central State University as director of strategic planning and institutional research. Numbers, not words, became the focus of her professional career.

“I can look at a set of data and see a story,” she explained.

Disappointed at not finding a teaching position during her early days in Columbus, she started writing in the evenings, after her children were in bed. She kept up the practice for years, despite the stresses and challenges of parenting and working full-time.

“I’m a finisher. I don’t like loose ends,” she explained.

Those traits are perhaps also reflected in her choice of genre.

“I like mysteries because they’re a puzzle,” she said. “They’re not overly emotional, and they give you an intellectual problem to solve.”

Constructing plots came naturally; cultivating a literary rather than an academic writing style was more difficult, she said.

“I am totally left-brained,” she explained, with a laugh.

Fleming recently encountered a quote by detective fiction writer Raymond Chandler that she believes encapsulates her personal challenge as a writer — and the paradox of the genre as a whole.

“That’s it!” Fleming exclaimed, reading the quote aloud to this reporter.

I’m still evolving as a writer,” she confided, adding that the writing process has gotten a little easier with each book.

Fleming is a solitary writer — writing is solitary, she insisted. Writers groups never appealed to her, so she never joined one.

“Having people criticize every month what you’ve just written — I can’t think of anything worse than that,” she said, with another laugh.

While she used to attend creative writing workshops for professional instruction and advice, she has come to believe that writing is “just something you have to do on your own — you have to find what works for you,” she said.

She has likewise blazed her own trail in order to bring her mystery novels into print.

Fleming tried for years to get her first book published. She pitched editors, she sent out sample chapters. Everything came back “no.”

“I had a stack of rejections like this,” she said, with three inches of air between her finger and thumb.

After a while, a friend suggested she burn the whole stack. So she did.

Looking back, she considers herself ahead of the curve in her choice to publish her own work. The practice was less common 20 years ago, and had “tremendous stigma” attached, she said. But she never saw herself as less worthy as a writer because her books were self-published.

Today, she’s proud of “the courage I had to believe that I was a writer, no matter how many rejection letters I had received from publishing houses,” she reflected.

Her first published mystery, “Hot Stones Cold Death,” came out in 2001. In an interview with Vick Mickunas of “The Book Nook,” Fleming described how gratified she was to hear from readers who had loved the book.

“My mystery novel has moved people and that has moved me to the depths of my heart. I have gotten more joy and personal satisfaction from publishing that novel than any paid work I’ve ever done in my life,” she told Mickunas in 2001.

“I plotted it really carefully,” she said.

But 2008 was also the start of the recession — a hard year to launch a book, she said.

Discouraged by slow sales and weary from the effort she had put into writing, producing and attempting to market the novel, Fleming stopped writing.

“I just stopped. For a long time,” she said.

She has other hobbies she loves, such as knitting, crocheting and taking care of plants. But eventually something — she can’t quite say what — turned her energies back to writing.

The past couple of years have been stressful ones, with illness in her family. Writing her latest books helped her through a rough time, Fleming said.

“These books helped me survive turmoil and stress,” she reflected.

“I realized I had to write, whether I was making money or not,” she added.

For the new books, she switched from a Michigan-based publisher to Amazon because the self-publishing behemoth “just made things easier.” For one thing, rather than stocking books in her garage, she is now able to print on demand through Amazon.

Fleming still has her books professionally edited and typeset, however.

Even as she celebrates her return to writing, she worries about the future of reading.

“Are people reading the way they used to? I don’t think so,” she said.

“I don’t know if books will ever be as attractive as they once were. It’s a different world now,” she said.

But Fleming herself, having re-entered her fictional world, has no intention of leaving. In fact, she’s already plotting her fifth Matthew Alexander mystery.