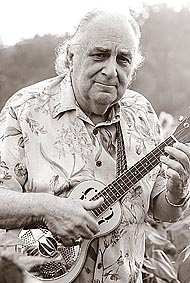 He was born on Sept. 18, 1944, in the Brooklyn Naval Hospital near the end of WWII. His father was in the Marine Corps and his young mother was doing her best to set up a home in an apartment in Woodhaven, Queens, in anticipation of his father’s return. He liked to say that he surfed in just before the wave of baby boomers that included his two younger sisters.

The family moved to Garden City on Long Island at the end of 1957. The entry under his photo in the 1961 Garden City High School yearbook reads in part, “Creative writer. Wants to be a beatnik, but his mother won’t let him.” He went on to attend Colby College in Waterville, Maine.

He dropped out of college after his sophomore year and enlisted in the Coast Guard for four years. There he served as an electronics technician on Cape Cod, Newport, R.I., and on the Island of Miyako Jima in the Riyukyu chain in the East China Sea. He returned to Colby at the end of his enlistment, graduated with a BA in philosophy in 1969 and went on to St. John’s University School of Law, earning a Juris Doctor degree in 1972.

His legal career took him from the Criminal Defense Division of the Legal Aid Society of New York City, to law secretary to a Justice of the New York State Supreme Court, to a private practice that he started with one partner and grew to include several other partners. He remained in private practice in Manhattan for 20 years, before dropping out and moving in 2000 with his long-time companion Amy Lee and her two children to Yellow Springs to spend more time on his writing.

His poems and stories have been published in over 40 small press publications and widely across the internet. His short story “The Overall Picture,” which was inspired by an automobile accident in Turin, Italy, that killed his father and left his mother in a coma for two months, was nominated for a Pushcart Prize. In his later years, he took up blogging with a poetry and fiction site, “The Chronicles of Kresge,” and the popular news and opinion site, “A Yellow Springs Blog.” He told friends that he wondered what his life would have been like if he had not, at the age of 15 read Jack Kerouac’s “On the Road.”

He added hockey to his physical activities, and it quickly rose to be one of his favorite activities. He frequented the NTPRD Chiller ice rink in Springfield, Ohio. He was proud of playing in the Cincinnati Adult Hockey League (CAHL), winning the 2016 championship. He retired from his hockey activities in May 2019.

Following his retirement from hockey, he found his love for the ukulele and performed at many community events in Yellow Springs. He was part of Four String Fun, made up of members from the Yellow Spring Ukulele Club, playing songs like “You’ve Got a Friend in Me” and “Singing Through the Hard Times.” He aspired to write original pieces, and his favorite song was “20 Years Ago.”

He adored his dog, Suki, a red heeler. He enjoyed her company during all hours of the day, taking walks and playing the ukulele to her. He saw her as his Little Sweetheart, keeping him company day and night. She was his faithful companion in every sense of the word.

Virgil was preceded in death by his parents, Virgil W. Hervey, Sr. and Adele M. Hervey. He is survived by Amy P. Lee and her two children, May and Kalson (wife, Rhiannon) Cheow, of Fairborn; his own children, Rachel, of Seattle, Wash. and Matthew Hervey, of Fairborn; grandson, Liam Kai Cheow-Dixon; and sisters, Patricia Thomson, of Rotunda, Fla., and Jacqueline Reinhard, of Garden City, N.Y.

There will be a memorial service at a later date. In lieu of flowers, memorial donations may be made to the Yellow Springs Community Foundation.