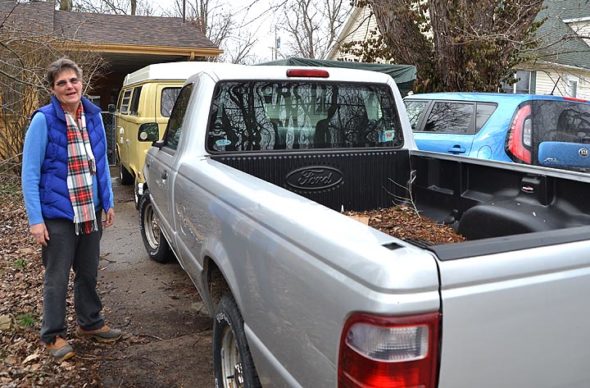 The village locations accepting #5 plastics for recycling, spearheaded by villager Vickie Hennessy, have reopened. Hennessy previously announced that the “Gimme 5” program at Whole Foods, where local plastics were accepted for recycling and where Hennessy took all local #5 plastics , would no longer accept these plastics for recycling as of Dec. 31, 2019. While this is still the case for the general public, Hennessy informed the News that Whole Foods would make an exception for the large numbers of recyclable plastics being sent from Yellow Springs.

As Hennessy wrote in a letter to the editor, to appear in this week’s issue of the News: “They told me that they will continue to accept our #5 plastics — primarily because they are clean, uncontaminated and abundant, a minimum of 100 pounds per month.”

The blue cans, where community members may leave #5 plastics, are back at their previous locations in the Bryan Center parking lot, the Wellness Center entrance and the library parking lot. Hennessy reminds the village that only #5 plastics are to be placed in the cans — #1 and #2 water bottles, for example, are not accepted.

Hennessy acknowledged that Whole Foods might decide at any time to discontinue accepting the plastics from the village, and that the best shot at keeping the avenue open would be to continue recycling large amounts and keep items as clean as possible; clean plastics should have no dirt, dust, or food or beverage residue left behind. Hennessy also asks that those leaving plastics stack them whenever possible to conserve space.

For more on the local effort, and other recycling opportunities, read the “Community Forum” section in the upcoming Jan. 9 issue of the News.

For more on the recycling effort’s origins, read this Feb. 2019 story.