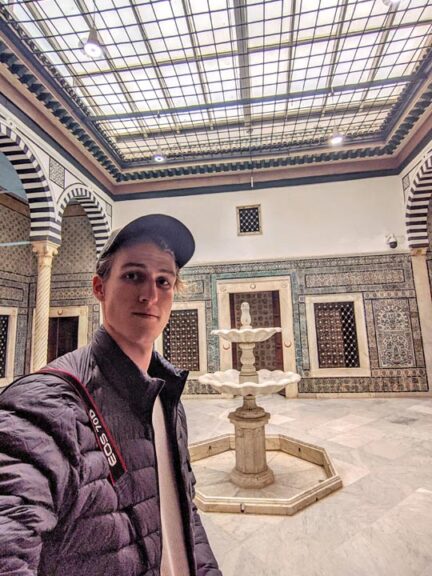 I left for Tunisia on January 13. It was my first time in Africa, and I was planning to stay there until late April while I worked as an intern for a local, English-language news site called Mesh-Kal. I had organized the internship through a scholarship from Ohio University’s E.W. Scripps School of Journalism, and I settled on Tunisia after being introduced to the editor by a fellow Journalism/French student at OU who had worked there one summer. It seemed to be a great opportunity to experience a new culture and practice my French, the second most common language in Tunisia.

My first six weeks in the country went smoothly. I rented a studio in Carthage — a beautiful, historic neighborhood north of the capital of Tunis — and kept myself busy exploring the city and reporting on local events. I learned my way around the city, acquainted myself with Tunisia’s relatively new democratic government and made some friends, including a fellow Yellow Springer that I met by chance in a bar one night. I was beginning to feel more comfortable in the city when the coronavirus pandemic became a crisis. 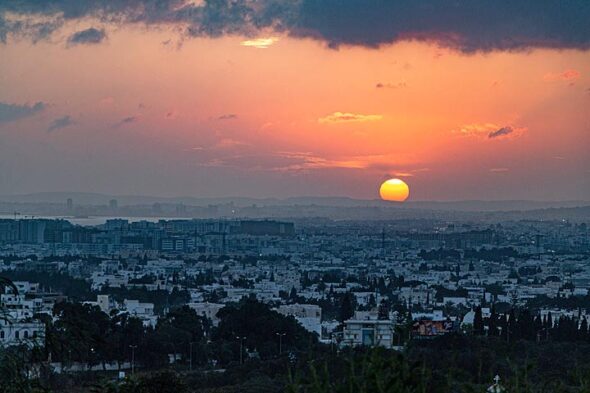 At first, I didn’t consider coming home early. It wasn’t until major sports leagues started to suspend their seasons that I knew the situation was serious. At the time, there were only a handful of confirmed cases in Tunisia, but it was still unclear how much testing was being done, and I had a feeling the true number of infected people was significantly higher. I also had concerns about the country’s medical system being overwhelmed by the virus if it spread the way it had in Italy.

I thought it over for a day and booked an earlier flight home to avoid any travel complications. The ban on travel from Europe was already in effect, and the restrictions would only tighten as time went on. After three hours on hold, I finally booked a flight home leaving three days later, on Monday, March 16.

That weekend I packed to leave, but on Monday, I woke up to an email saying that my flight was canceled. When I called back, I was told the next available flight would not leave until the following Friday. It seemed things were likely to get worse by then, and I worried I wouldn’t be able to leave the country until the crisis was over.

The next day I got more bad news, when the Prime Minister of Tunisia announced that all borders would be closed to commercial travel starting Thursday morning. At that point, only a few government repatriation flights would be allowed to enter or exit the country.

I called the US Embassy in Tunis every morning after that, trying to get answers about when they would be organizing flights home for Americans. I even went to the Embassy in person one morning, despite it being the target of a bombing only a week earlier, but I was turned away because of the risk of infecting embassy workers.

For a week, the only information that came from the US Embassy were vague rumors about flights that might be leaving Tunis for Canada, France or England — countries that started organizing repatriation flights immediately after the closure of commercial air travel — but they were always full. They couldn’t tell me when or if a US repatriation flight would be organized, only that the order had to “come from Washington” and people there were “working on it.” 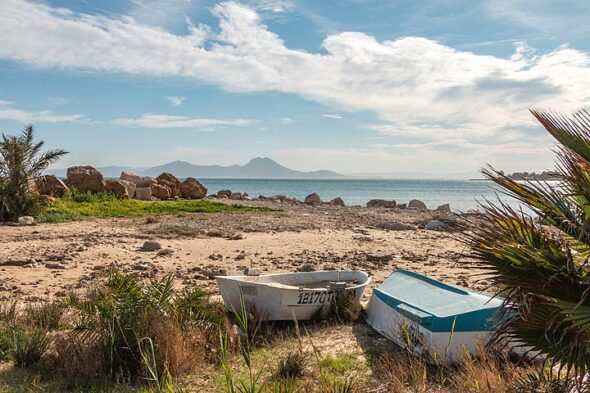 While I was not in imminent danger — I had food, water and a place to stay, for which I am grateful — there were surely many others who were not in such secure situations. The casual way the US responded, while other countries sprang into action to get their people home, was disappointing. News reports confirmed the issue was affecting Americans all over the world, but only vague assurances were given when the issue was brought up during Presidential press conferences. None of it gave me much confidence.

It wasn’t until 10 days after the borders were closed in Tunisia that I got an email from the US Embassy telling me there would be a flight from Tunis to Washington D.C. leaving the next day. I was told to send them a reply with my passport information as well as a signed agreement promising to pay the US government back as much as $1,500 for the one-way flight — about twice what it would have cost normally.

The next morning, I went to the airport with my suitcases and gave my name to a man at the entrance who was checking people’s names off a list as they went in. It was a little eerie being in the airport, which had been so crowded when I arrived. As I got in line to check my bags, there must have only been about 150 people in the whole building, and all the shops and ticket counters were dark and empty. Our flight was one of only two leaving that day.

Airport workers in gloves and masks sprayed our passports with disinfectant and checked our temperatures before we passed through customs. While we were waiting at the gate, another worker in a hazmat suit walked around the room spraying disinfectant on railings and empty chairs from a tank on his back.

The plane we boarded was a 767 chartered out of Ireland. It was a large plane with 300 seats arranged in rows of nine, but it was only about one-third full. Most people took advantage by taking a row to themselves, unless they were traveling with family. We only stopped once, in Shannon, Ireland, to refuel and change flight crews, but we were not allowed to leave the plane.

In D.C., we had to pass by a screening table where we were asked about our travel history and any symptoms that we might be experiencing before being directed through customs. Just like in Tunis, Dulles airport was almost completely deserted except for a few essential staff.

We had to arrange our own flights from Dulles to our final destination, and I was lucky enough to find a flight to Columbus leaving a couple of hours later, while some others had to sleep at hotels near the airport for the night. I ended up being one of only three passengers on the flight.

I felt relieved as I exited the Columbus airport and loaded my suitcases into my girlfriend’s car. The trip itself had been an easy one with no crowds to contend with at the airports and rows of seats to myself. But after two weeks of suspense about getting back, the smell of Ohio air lifted a huge weight off my shoulders, and I finally relaxed. I was glad to be home.

* The writer is a former intern with the Yellow Springs News.