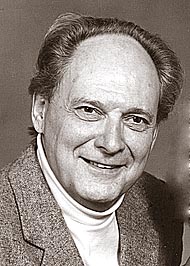 H.T. Campbell, longtime resident of Yellow Springs, died peacefully on the morning of Aug. 25, 2020, in his home, surrounded by family. He was 90 years old.

Ted was born on June 9, 1930, in Grove City Pa., the son of Dr. Hiram Theodore Sr. and Miriam Isabel (Trezise) Campbell. He attended Butler High School, where he was elected junior and senior class president. Upon graduation, he did like his peers, and dutifully marched into the behemoth called Armco Steel. Mill work would turn out to be his motivation to chart a new course in life.

The U.S. Navy became the beacon that would forever prove to be a lifelong grasping point when called upon. His new destiny delivered him to the USS Spinax SSR489, where he expediently earned his dolphins and became a qualified submariner. Based out of New London, R.I., he sailed in both the Atlantic and Pacific oceans. After serving for four years, he was discharged with full honors and the lifelong pride of being counted among the few to be selected for underwater service.

Two lives collided upon his return to Butler, Pa., in the form of a former schoolmate who had also been on a journey of her own. A recently degreed registered nurse and fellow Butler High School alum, Rebecca Anne (Hindman) would become his wife on Feb. 6, 1954. He utilized his GI Bill and proceeded to again escape the steel mills of Pennsylvania, electing to try a new co-op type of education at Antioch College in Yellow Springs. He was an energetic and engaged student who supplemented his wife’s income by bartending at Ye Olde Trail Tavern. He participated in many hijinks, as all college students do, famously suspending numerous toilet seats with his classmates between the steeples of Kelly Hall. He graduated in 1957 with a BA in business administration with a minor in geology.

He and Becky found Yellow Springs to their liking and bought their first house on Whitehall Drive. Upon having their second child and seeing trash cans blowing down the street and a neighbor’s house being denuded of its shingles, they decided it was time for a residence with a basement. They moved in 1965 to their present family home on Brookside Drive. Feeding backyard avian and assorted furry visitors became a dutiful pleasure Ted enjoyed, but his ire was cast on a wayward cat or deer. Even the neighbor’s rent-a-dog deserved a treat.

Ted’s Antioch co-op took him to Globe Industries before he was hired as a buyer at Morris Bean. He quickly became purchasing manager and settled into a bucolic small town career. For 35 years, the family-like atmosphere at Morris Bean allowed for a PMI certification and proudly, his advancement of female administrators into full-time buyers. As he was considered by many a good guy, numerous coworkers sought his counsel on both personal and work matters.

Community-minded and anxious to make a difference, Ted involved himself in many local organizations and became a lifelong volunteer in the village. He was a Freemason and a member of the Men’s Club. He was an active member of the community Tree Committee, planting and nurturing numerous trees throughout the village. He was instrumental in reclaiming the Ellis Pond area from neglect and helped make it a minor jewel in the township. He became very involved with cutting trees and started a wood business to deliver split timber to numerous area individuals. The surrounding forests in the area became his refuge. His ability to stack split wood was discussed as being on the border of artistic. His final cord of wood is still firmly intact on the side of his house, a fitting monument to his attention to detail.

As his children grew in age, he was involved with their participation in the village soccer program started by Joe Robinson. In the early ’70s, he became assistant coach to Roy Bondurant and aided in the development of SAY soccer in Yellow Springs. This early “traveling team” became the nucleus of the first soccer program at YSHS in 1976. He encouraged and cajoled teenage athletes into a statewide powerhouse whose unlikely success over the next four years would catapult them into the top tier of Dayton area prep soccer. Those exciting seasons and young men he mentored would be some of his proudest and most treasured memories.

Constantly challenging himself to try new activities and in the pursuit of knowledge through experience, he humbly became the jack of all trades and master of none. He was a very good bowler in his early days, rolling for Luttrells at the old (Harris) Village Lanes a high game of 278. He later became a cyclist and rode almost all of the roads in Greene County from YS as a starting point. He loved a square dance with his wife and would travel interstate with other local couples to dances. He recreated in golf, darts and pool, made wine and was an avid skier. He amassed an Austrian style hat with pins representing family ski trips to over 30 resorts throughout the U.S. and Canada.

Ted was a constant keeper of lists and records. He kept a ledger of books he had read since age 12. A voracious reader, his lifetime total of 3,659 books read, whose total pages tallied 1,168,870, were but small examples of his quest for knowledge. Paperback Trading Post was an early endeavor of his in the ’60s that exchanged used books via the postal service nationwide. Needless, to say he was known at the local library and was in his glory as a volunteer at the Book Loft in Dayton.

He was proud of having been in 48 of the 50 states — Idaho and Alaska being the holdouts — and would not count a state if traveling through the airport on connecting flights. He kept a wall-sized map with highlighted roads traveled. He had impeccable handwriting.

A wise and honorable man, Ted was a man who was quick with irony or a thoughtful reflection. He had a childlike fascination with the discovery of the smallest of details in everyday life. Not one to judge others, he rather accepted them for who they were and found commonalities with them so he could later call them his friends. He had many wonderful friends in the community who will miss him dearly. He was a great husband, father, grandfather, brother, friend and proud submariner.

The family would like to thank all his friends who showed him love and care over the past months. In particular, Joseph Giardullo, whose brother-like care and friendship made Ted’s later years a fulfilling experience. Ted was cheated out of a party in June on his 90th birthday due to the unfortunate pandemic we all find ourselves confounded by. The family asks that if you were touched by Ted in any way over the past decades that you say a prayer for him and attend his celebration of life when announced at a later date. In lieu of flowers, please make a contribution to the Glen Helen Association.

Ted is survived by his wife of 66 years, Becky Campbell; by his two sons, Jeffrey Campbell (Chris), of Yellow Springs, and Gregory Campbell, (Anne) of Redwood City, Calif. He was the proud grandfather of Alexander Campbell of Redwood City. He is also survived by a sister, Judy Senin, (Pete) in Burlington, N.J.; four nieces; and seven nephews. He was preceded in death by his parents, Ted and Miriam, and his brothers,  Jon Campbell and Steve Campbell, all of Butler, Pa.

One Response to “Ted Campbell”