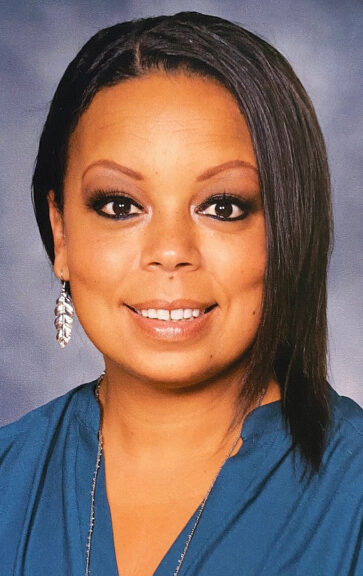 Megan Winston, a vice principal at Xenia High School, is expected to be approved at this week’s regular Yellow Springs school board meeting as the next principal at Mills Lawn Elementary School.

District Superintendent Terri Holden confirmed Tuesday afternoon, after notifying the Mills Lawn staff, that she plans to recommend Winston to the school board during their meeting Thursday, May 13.

Winston will fill the position to be vacated by current Principal Michelle Person, who announced in a letter dated March 31, after a year with the district, that she would be resigning effective June 30 for personal and business reasons.

“I am excited for this new adventure and look forward to working with the dedicated teachers and staff,” Winston wrote in an email Tuesday evening after being contacted by the News. “I believe my personal and professional ideas, goals, values and beliefs align with those of the school district and the Yellow Springs community.”

Winston was one of two finalists out of a field of 18 applicants. She and Mills Lawn fifth grade teacher Cheryl Lowe, the other finalist for the position, gave separate public presentations last week.

During her presentation, Winston’s remarks noted experiences she had as principal at Horace Mann Elementary, a K–8 school in Dayton, where she served five years as the school’s lead administrator before taking her current job at Xenia High School, her alma mater, in 2017.

She said Mills Lawn has similarities to Horace Mann in both size and attention to project-based learning. She described herself as someone who likes to be active in the school community, attending student sporting events and performances.

Winston also spoke about the shared trauma that students, as well as teachers, have experienced this past year, saying that addressing that trauma and the emotional and social well-being of the school community would be a focus for her at the beginning of the new school year.

On Tuesday, she reiterated that intent.

“After a difficult year with so many unknowns, my responsibility is to restore the excitement for teaching and learning,” she wrote.

A native of Xenia, and the daughter and grand-daughter of educators, Winston studied education at Wilmington College, earning her bachelor’s degree and teacher’s license in 2004. She went on to get a master’s in educational leadership from the University of Cincinnati in 2006; and more recently completed the Ohio superintendent licensure program at the University of Dayton in 2017.

She taught algebra at Beavercreek High School from 2004–2010, and then served as assistant principal at Dayton’s Thurgood Marshall High School before going to Horace Mann in 2012. Winston has two young adult children and lives in Xenia with her husband.