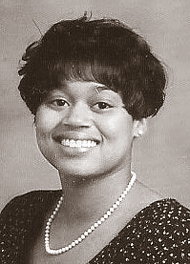 Like the seed of an elegant flower, Jeima Louise Shular, 45, came to this earth on July 29, 1975, to bud, bloom and flower in the loving arms of her adoptive parents, David Richard Shular and Janet Louden Shular, while they were living in San Francisco, Calif. When her parents and her two older brothers, John and Anthony, relocated to Yellow Springs, Jeima was almost 2 years old — and a well-defined girly girl. She attended The Antioch School, then skipped off to Mills Lawn Elementary.

At Yellow Springs High School, Jeima played violin in the school orchestra and looked forward to attending Wilberforce University. Her stay at Wilberforce was short, but she later continued her education to earn her license as a licensed practical nurse. By that time, she had given birth to the love of her life, Jayden Amir Shular.

Jeima’s performance was outstanding in nursing home settings, but mothering her precocious son exceeded that. Despite her determination, multiple health challenges forced her to leave the workplace prematurely and permanently. She continued to show thoughtfulness to her family and unconditional love for her son. During her mother’s recent bout with cancer, Jeima’s nursing skills got Janet to recovery despite her declining health.

We mourn her undiagnosed cause of death, but hold fast to the place she held in the hearts of her mother, Janet; and her son, Jayden; along with her brothers; her sister, Maria Eberhardt (Tad); nieces; nephews; many adoring cousins and a family of friends.