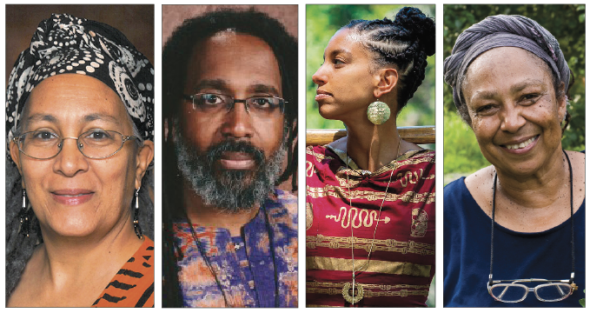 The Agraria Center for Regenerative Practice — in partnership with Antioch College, Central State University and The National Afro-American Museum and Cultural Center — will present the Second Annual Black Farming Conference on Friday and Saturday, Sept. 10 and 11.

This year’s conference, which will be held online, will focus on the economic impacts and the power of the cooperative business model. Emphasis will be placed on the power of people growing their own food, from seed saving to community gardening, and celebrating the contributions of the Black and underrepresented food and farming community.

The schedule of keynote addresses is as follows:

Saturday, Sept. 11, 10–10:45 a.m.: Malik Kenyatta Yakini, co-founder and executive director of the Detroit Black Community Food Security Network, or DBCFSN. The network operates the seven-acre D-Town Farm and is spearheading the opening of the Detroit Food Commons in Detroit’s North End, which will house the Detroit People’s Food Co-op. Yakini views the work of DBCFSN as part of the larger movement for building power, self-determination and justice and is adamantly opposed to the systems of white supremacy, capitalism and patriarchy. Yakini has an intense interest in contributing to the development of an international food sovereignty movement that embraces Black communities in the Americas, the Caribbean and Africa. He is a co-founder of the National Black Food and Justice Alliance.

Saturday, Sept. 11, 11–11:45 a.m.: Leah Penniman, a Black Kreyol farmer, author, mother and food justice activist organizing for an anti-racist food system for 25 years. She currently serves as founding co-executive director of Soul Fire Farm in Grafton, N.Y., a Black- and Brown-led project that works toward food and land justice. She is the author of “Farming While Black: Soul Fire Farm’s Practical Guide to Liberation on the Land.”

Saturday, Sept. 11, 3–4 p.m.: Ira Wallace, a worker/owner of the cooperative Southern Exposure Seed Exchange, or SESE, seed company, which sources heirloom and other nonhybrid seeds, emphasizing those that grow well in the Mid-Atlantic region. SESE creates lectures and workshops and works with small seed-growing farmers in the U.S. to support seed saving and breeding. Wallace is also a member of Acorn Community Farm, described as “an anarchist, egalitarian community,” which farms over 60 acres of certified organic land in Central Virginia and is supported by seed sales from SESE.

In addition to the keynote addresses, the conference will include breakout sessions and moderated discussions with keynote speakers and local guests. Advanced registration is required.

For more information, or to register for the conference, visit BlackFarmingConference2021.eventbrite.com or ­CommunitySolution.org.