Lisa Kreeger has announced her resignation from Village Council. First elected in 2017, Kreeger is in the second of a four-year term on Council.

“This has been a really tough decision,” Kreeger said in a phone interview on Tuesday, April 19. “It’s been an honor to serve my community.”

Kreeger said she is resigning due to a demanding work schedule in her role as dean of the college of nursing and health science at Capella University.

“When I was elected to Council, I left a job as a consultant so I could fully serve my community,” Kreeger said. “Over the past few years, I was asked to step into roles with more responsibility and travel. I’ve missed several meetings due to that travel, which isn’t fair to the community or my Council colleagues.” 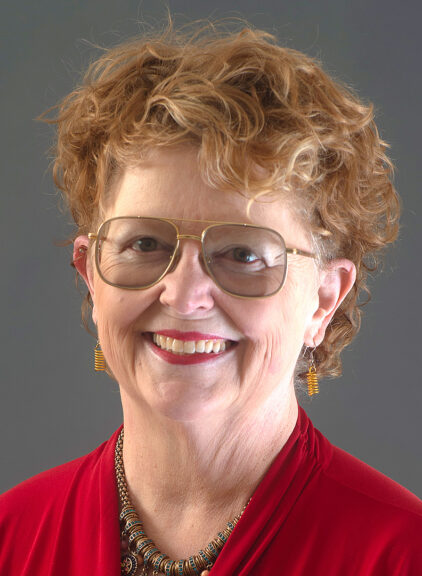 As part of her role on Village Council, Kreeger was the liaison for the Planning Commission and Public Arts and Culture Commission. She also served on the Yellow Springs Development Corporation before stepping off in January.

“It’s been a tremendous joy to serve on the Public Arts and Culture Commission,” Kreeger said. “I am proud that we were able to become a commission that uses art as activism to demonstrate our village values.”

Being a part of the drive to create a citizen review board for the Village is also work that Kreeger said she is proud to have contributed to.

“I know it is now really going to come to be,” Kreeger said. “I’m so grateful and confident that Carmen Brown is really passionate about making the citizen review board a reality.”

Kreeger said her work with Village Manager Josué Salmerón and Public Works Director Johnnie Burns has been enlightening as she learned about the Village’s infrastructure.

“Who knew I would become so fascinated by what’s under the streets?” she said. “I hope that whoever is placed in this position shares my passion and commitment for the work that Johnnie Burns and his team does.”

Kreeger will be at the May 2 meeting and intends to be a part of selecting her successor on Council. She hopes to be able to help with a smooth transition.

“I wanted to send my resignation so interested people could indicate that interest as soon as possible,” Kreeger said. “We need someone who can be active.”

According to the Village Charter, Council will select a villager to fill Kreeger’s role until the next election in 2023. The charter reads, in part: “Vacancies on Council shall be filled by remaining members by an affirmative vote of at least three Council Members. Any appointment made by Council must expire at the next regular municipal election at which time the position must be filled by election.”

“For the right person, this would be a terrific opportunity,” Kreeger said. “Someone can demonstrate that they’re a fantastic Council member and then much more readily be re-elected.”

According to an email from Council Clerk Judy Kintner, interested parties should submit a resume to the Village. Council members will review resumes, and each applicant will receive two to three minutes at a Village Council meeting to present a brief biography and a position statement.

Council will then deliberate in an executive session at the end of the regular meeting.

“Following that session, Council will hold a nomination and vote for a replacement for the vacancy,” Kintner wrote.

In a phone interview, Council President Brian Housh said that he hopes to receive enough resumes over the next two weeks to hold the vote at Council’s May 2 meeting. The new Council member would begin their tenure at the May 16 meeting.