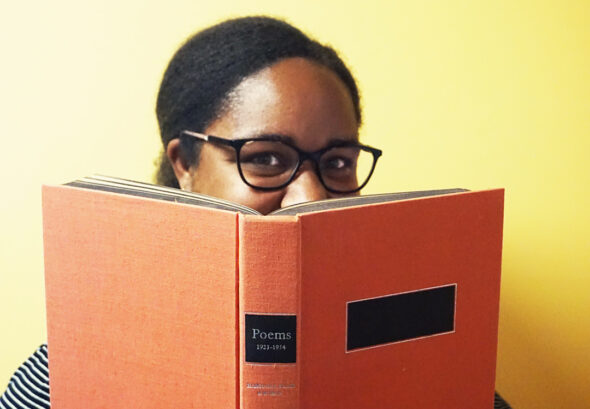 Unsolicited Opinions | Read before you vote

What does author bell hooks have to do with the 2022 Senate race in Ohio?

On the face of it, nothing, but her volume of poetry “Appalachian Elegy,” published in 2012, certainly does — mostly because when you hear the words “Appalachian elegy” and think of a book, you may think of J.D. Vance’s 2016 memoir “Hillbilly Elegy.” His memoir details his experience as a child of Appalachian heritage growing up in Middletown, Ohio, recounting stories of his upbringing, his grandparents who left Kentucky for Ohio in hopes of a better life and his mother’s opioid addiction.

Over the course of a few hundred pages, Vance uses his upbringing to write his own version of pulling oneself up by one’s bootstraps, all the while telling his readers that the reason Appalachians are poor is because they didn’t work hard enough not to be poor. What Vance misses is the rich culture of Appalachia and the very real and intentional ways the U.S. government has worked to take agency away from Appalachian people and how there are movements within Appalachia attempting to undo years of voter suppression and neglect.

Conversely, bell hooks’ “Appalachian Elegy” explores the very land that makes up the Appalachian region. Kentucky is hooks’ home place, and her poetry considers the beauty, tradition and violence that the region and its inhabitants have experienced. When you read hooks’ writing, which I hope you will, it is clear she is writing from a place of care — care for the people, care for the land, and care for a future she is exploring in her poetry as she reflects on the past.

In the introduction, hooks writes: “while I do not claim an identity as an Appalachian, I do claim solidarity, a sense of belonging, that makes me one with the Appalachian past of my ancestors: Black, Native American, white, all ‘people of one blood’ who made homeplace in isolated landscapes where they could invent themselves, where they could savor a sense of freedom.” By expressing her solidarity, hooks challenges her readers to build solidarity with groups with whom they may not identify.

While many may read her words and take up the challenge of building solidarity movements with communities such as those found in Appalachia, others, such as Vance, will ignore her pleas, choosing to blame the people for their lot in life. Vance has used his Appalachian heritage to boost his curb appeal during his transition from venture capitalist to politician running to become the next senator from Ohio. I will never forget this passage from “Hillbilly Elegy”:

“The truth is hard, and the hardest truths for hill people are the ones they must tell about themselves. Jackson [Kentucky] is undoubtedly full of the nicest people in the world; it is also full of drug addicts and at least one man who can find the time to make eight children but can’t find time to support them. … Its people are hardworking, except of course for the many food stamp recipients who show little interest in honest work.”

Vance does not have the understanding of the history of Appalachia, or of any other region exploited by capitalism and colonialism, and that lack of understanding makes him a terrible choice for a position as an advocate. Sure, it’s an optimistic view to think that any representatives are working for anything other than their own self-interest, which sometimes aligns with the interests of their constituents, but Vance is actively working against the people whose votes could put him in office.

hooks, on the other hand, writes verse that is filled with both despair and hope — her words meditating on the past while giving hope for the future. The individual poems do not have names; they are numbered as one might number the coal mines used in the destruction of Appalachia’s natural landscape. In one poem, the speaker develops the theme of hope, a theme that runs rampant through Appalachian books, saying: “bequeath to me/the hoe the hope/ ancestral rights/ to turn the ground over/ to shovel and sift until history/ rewritten resurrected/ returns to its rightful owners …” These lines offer a glimpse into the work of activists in Appalachia to tell the truth about their own history, honor the land, and realize both the degradation and potential of the region.

If we are going to listen to anyone, let it be writers who approach Appalachia’s history with care, not the J.D. Vances of the world who mine the region for talking points in order to bolster their political campaigns.

So what’s my unsolicited opinion here? Don’t be fooled by writers like J.D. Vance who talk about Appalachia, and in Vance’s case, the Rust Belt, in a way that ignores the generations of worker and land exploitation. Talk to your friends who may consider voting for him and ask them why they would vote for someone who uses their platform to admonish their homeplace. Read “Appalachian Elegy.” Don’t vote for J.D. Vance.

*News writer and reporter Jessica Thomas’ new column, “Unsolicited Opinions,” opens up space dedicated to her opinions about books and sometimes other things.