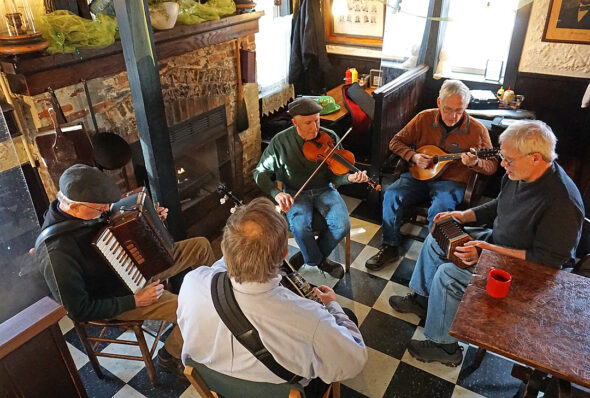 • After two years of following COVID-19 pandemic protocols that forced many arts and culture organizations to host virtual gatherings, 2022 saw the return of many in-person events around town.

• Michael Casselli, an Antioch College alum and associate professor of sculpture and installation, became the new creative director at Antioch’s Herndon Gallery in August. The gallery organized a series of group exhibitions, including  “Black History: A Work in Progress,” and “Flourishing.”

• The World House Choir returned from its pandemic hiatus with a spring concert featuring 12 “returned,” or formerly incarcerated citizens. The choir went on to perform concerts in the fall, notably “Louverture Exchange: A Musical Dialogue,” a collaboration with local rapper and producer Guy “Tronee Threat” Banks, and Cincinnati-born internationally acclaimed France-based musician Napoleon Maddox and French producer and musician Sorg.

• In the spring, the Little Art Theatre hosted the Yellow Springs debut of the Julia Reichert and Steven Bognar directed documentary, “This Time This Place,” centered on Dave Chappelle’s summer performances at the height of the COVID-19 pandemic. 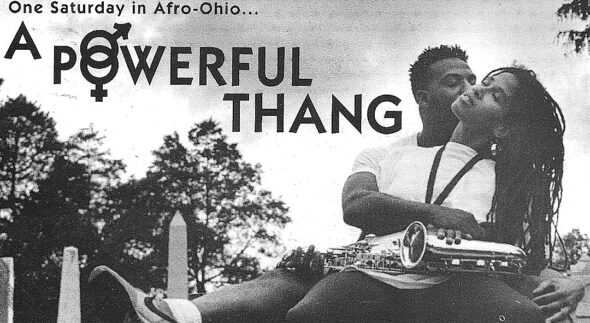 “A Powerful Thang,” which was shot in and around Yellow Springs in the summer of 1990, will screen at the Little Art on Saturday, April 2. Actors Asma Feyijinmi and John Earl Jelks, who portray characters Yasmine and Craig in Zeinabu irene Davis’ film.

• Later, the Little Art screened former Antioch professor Zeinabu irene Davis’ 1990 film “A Powerful Thang,” which was shot in and around Yellow Springs in the summer of 1990.

• Later in the summer, the company also debuted “Pop-Up Shakespeare’’ performances of scenes and soliloquies mounted outside, in public spaces downtown.

• The Shakespeare Reading Group returned temporarily to in-person gatherings, meeting on Sundays at the Senior Center to read Shakespeare aloud for the first time in two years. 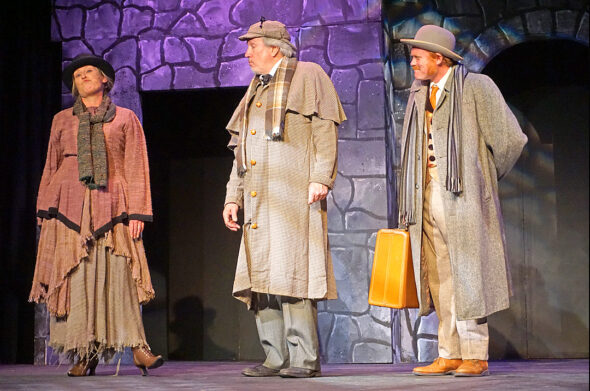 Villager Ellen Ballerene, left, is one of three Yellow Springs actors who will star in the Beavercreek Community Theatre’s upcoming performance of “Ken Ludwig’s Baskerville: A Sherlock Holmes Mystery,” Oct. 21–23 and 28–30. In center is David Shough as Sherlock Holmes, the famed consulting detective himself; at right is Ryan Hester as Dr. John Watson. (Photo by Lauren “Chuck” Shows)

• Local actors including Robb Willoughby, Ellen Ballerene, Reilly Dixon and Ryan Hestor performed in the Sherlock Holmes inspired play “The Hound of the Baskervilles,” produced by the Beavercreek Community Theatre.

• Musician and dancer Nikole Manieri taught a series of traditional southern Italian dance and drumming classes called “Tammurriata,” or “Dance on the Drum,” at the Wellness Center in September. 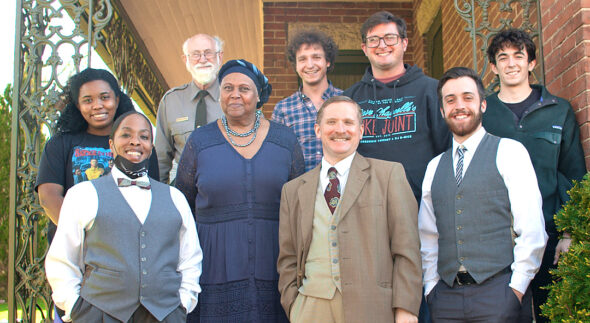 Cast and crew of the short film “Paul Laurence Dunbar: An American Poet,” written and directed by villager Kane Stratton, which debuts at the Dayton Film Festival this week. In front, from left: actors A. Slate, the late MyJoyce Filer, Timothy Cox and Tanner James Brown; in back: Desirée Levingston, park ranger Bob Pederson, editor Zack Richeimer, Stratton and Henry Coffield. They are pictured in front of the Paul Laurence Dunbar House, a National Historic Landmark. (Submitted photo by Kane Stratton)

• A Little Free Library, with a design inspired by traditional African American quilt making, was installed at Gaunt Park and dedicated by the Yellow Springs branch of the Greene County Public library. The library will be filled with books themed around social and racial justice. The structure also received a VIDA award from the Public Arts and Culture Commission, which was presented to Keith and Elaine Kresge and David Mader. 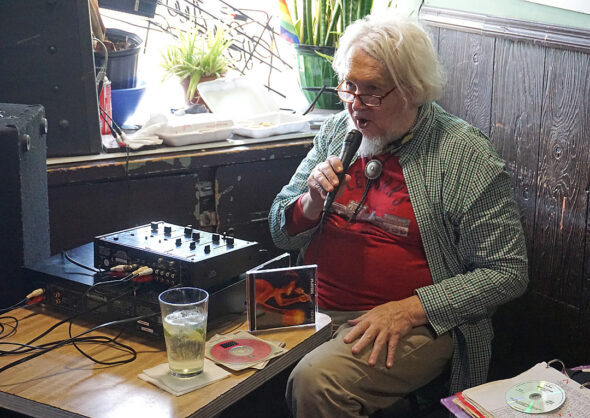 “Clean Gene” Lohman spun some of his favorite tracks at the Gulch Saloon on Friday afternoon, May 27, just as he does every other Friday at the bar. Earlier this month, he was recognized for his decades of DJing in Yellow Springs when he received the annual presented Village Inspiration and Design Award. (Photo by Reilly Dixon)

• Local disc jockey legend and longtime village resident “Clean Gene” Lohman was also awarded a VIDA award in May, honoring his over half a century of contribution to the local music scene.

• After 27 years, the Yellow Springs Kids Playhouse, one of the village’s longest running and most beloved theater companies, drew its final curtain in October with an “It’s a Wrap” gala fundraiser for a YSKP Endowed Legacy Scholarship. 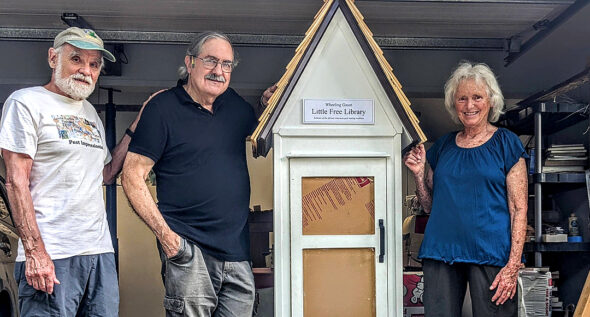 • Artist Lindsay Williams was profiled for her local gallery and shop presence, selling furry art under the mantle of Golden Mane Illustrations, which she says is inspired by the furry community and geared toward empowering the disabled, LGBTQIA+, mental health and other marginalized communities.

• Yellow Springs-born, Chicago-based professional musician and violinist Anne Harris and Nashville-based luthier Amanda Ewing were featured for their unique collaboration. Ewing worked to produce a violin for Harris — the first such instrument produced by a Black woman luthier for a Black woman fiddle player in recorded history.