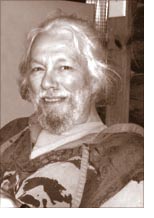 The legendary Dr. Warren Zachary Watson passed away peacefully at home with family and pets on April 13 after a series of complications following a fall. He was preceded in death by his wife of 35 years, Jamie, who passed away in 1992. He is survived by his wife of 15 years, Anne Bohlen.

Warren was born in South Sioux City, Neb., in 1935, the second of six children. His family moved frequently, finally settling in Wisconsin, and his early life was marred by poverty and abuse. At the age of 2 Warren contracted osteomyletis and his parents left him at the Hospital for Crippled and Destitute Children in Chicago, where he essentially lived until age 11. A misdiagnosis led to a series of surgeries that mangled his knee and leg, leaving him in a lifetime of daily pain. He also received hundreds of x-rays to his head in experiments to develop the flexible dental x-ray. However, University of Chicago tutors mitigated his suffering there by helping him to develop and focus his prodigious intelligence and energies on the life of the mind and he was encouraged to follow his interests.

As a teenager he built his own ham radio and it was a Canadian broadcast of saxophonist Charlie Parker that introduced him to one of his life-long passions, bebop jazz. Always a competitor, he won the statewide marksmanship competition and played a mean game of ping pong. He was a renowned card player, inevitably winning at sheepshead, cribbage, poker and bridge.

Warren attended the University of Wisconsin in Madison, where he received a bachelors and masters in math and a Ph.D. in the history of sciences in 1969. While a student he met the first love of his life, Jamie Beth McKahan. They shared a love of jazz, intellectual pursuits, and were intensely involved in the tumult of the civil rights, student and anti-war movements. Warren and Jamie were on the frontlines of every major demonstration, including Chicago ’68, Pentagon ’69 to Moratorium ’70 and beyond. In 1957 they married and began their family,

While completing his dissertation, Warren taught at Stout State Teachers College in Menominee, Wis., and at Monteith College at Wayne State University in Detroit. He and his family arrived during the riots in the late ’60s. The city was destroyed to the edge of campus. The sounds of tanks and armored personnel carriers reverberating in the streets only strengthened their resolve to fight injustice. Warren was an exciting and highly regarded professor/activist who brought the world, including Frank Zappa, into his classroom. He once paid for the bus that carried his students to a march protesting the inauguration of Richard Nixon in Washington, D.C., causing him to lose his teaching position and be labeled a world revolutionary.

He landed at Antioch College in 1969 and found his true love teaching undergraduates at an institution where people who did and saw things differently were prized. He was an inspiring and beloved professor of physical science for 25 years. He taught math, computer science and history of exact science, was director of the Science Institute and for 20 years director of academic computing. He became a full professor in 1993. He hand-built a mainframe computer, bringing the college into the computer era, co-hosted a weekly jazz show, “Alternate Takes,” on WYSO, mentored and trained the student-staffed fire department, Maples, and became a trilobite aficionado and fossil hunter.

Warren lectured at Oxford University, traveled to Scotland, Majorca, Spain and Jamaica with his family, and participated in a faculty trip to Mexico and Cuba in 1994. In 1996 he presented the faculty lecture, “Finding life at Antioch.” That same year he delivered a farewell commencement address. After retirement he became an emeritus faculty and worked with Quantum Leap Innovations to develop virus interdiction firmware. He also added film noir to his teaching repertoire in Antioch’s communication and media arts department.

Warren was a true Renaissance man who wore many hats, both literally and figuratively. He was a member of the Cherokee Nation, a devoted husband and father, an accomplished fisherman, avid naturalist, camper and whitewater canoeist, running rivers throughout the U.S. Always a fan of high-speed driving, Warren was an accomplished mechanic and served on a Formula One racing team. He was also a well-known amateur agronomist whose crops made a splash nationally. He built canoes, refinished furniture, rebuilt motors, renovated his Victorian house, mastered the art of gourmet cooking and was a talented photographer.

Warren was a dedicated volunteer firefighter at Miami Township Fire and Rescue and was honored as firefighter of the year. He became the first certified paramedic in Greene County and was instrumental in making the emergency medical service a part of the department. He also served as the MTFR squad captain for many years. In that capacity, he drove the first ambulance into Xenia after the 1974 tornado, which was a life-changing experience.

A celebration of Warren’s life will be held Saturday, May 23, in Yellow Springs. Contributions can be made to Community Mercy Hospice in Springfield, Ohio. Condolences can be sent atbohlen@gmail.com.