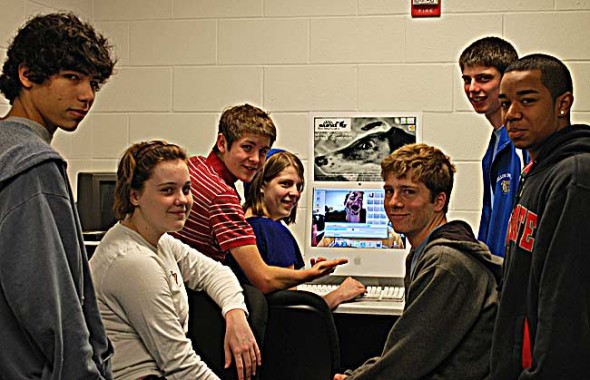 The Sundog 7 Film Festival, a showcase for student-made films, will take place this Saturday, May 15, at 2 p.m. at the Little Art Theater in Yellow Springs. A second screening will take place on Sunday, May 16, 1 p.m. at Neon Movies in Dayton as part of the FilmDayton Festival. Sundog is a regional, juried event that features a variety of film genres, including animation, narratives, documentaries, experimental, PSA, self-portraits and music videos.

Over 82 films were submitted to the festival from 14 schools throughout the Columbus-Dayton-Cincinnati area, and 27 shorts were selected for the festival. Yellow Springs students whose films were selected are Elliot Cromer, Kelly Miller, Nicky Sontag, Zeb Reichert, Sam Morrison, Ryan Phillips and Samantha Worsham. For a complete listing of films being shown at the event, go to http://www.sundogfilmfestival.org.

The aim of Sundog has been, since its inception, to “raise the bar” for media arts education, according to organizer Melina Elum, media arts teacher at Yellow Springs High School. According to Durgans during the judging, much of the submitted work was excellent, with “strong creative energy, impressive technical skills, filmmaking with poetic artistry, daring and thrilling adventure…”

For more information, contact Elum at melum@ysschools.org, or call 767-7224.

One Response to “Sundog Film Festival this Saturday”