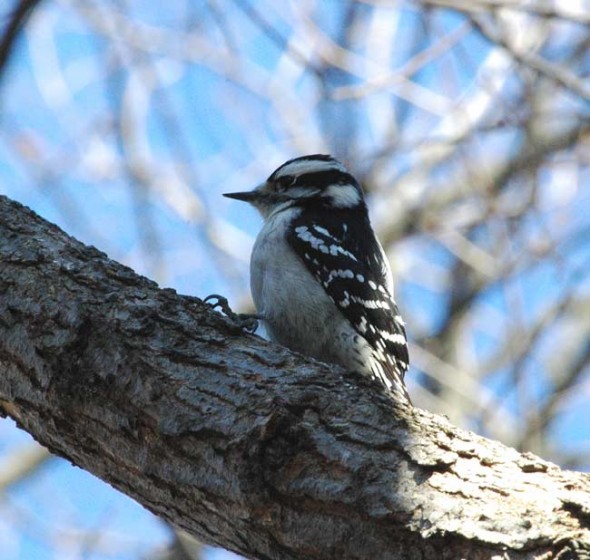 The worldwide bird count that Glen Helen participated in last Saturday, Dec. 18, uncovered 2,524 birds of 38 different species that are foraging and making a living in the Glen this winter.

According to Glen Helen Ecology Institute Director Nick Boutis, wintertime never supports as many birds as the warmer months, and the species of European starlings generally considered vermin dwarfed the variety considerably. The starlings were brought here last century by societies bent on propagating around the world the birds in Shakespeare’s plays, Boutis said. The starlings and house sparrows (not commonin this area) are aggressive and adaptable and generally out-compete native species for food and nesting space, he said. But the intrepid presence of the less common yellow-bellied sapsuckers and flickers keeps hope alive that the Glen still manages to support a healthy ecosystem of aviators.

The biannual bird count includes not only the Glen but the village of Yellow Springs and the surrounding area, whose data will be added to the Glen’s growing body of evidence of the trends and health of its land. The counts are an opportunity for people to look out their windows and participate in the oldest continuously operating civilian science effort in the world, Boutis said. Bird counts began over 100 years ago, but while the Glen has a few years of species data dating back to the 1940s, it was only two years ago that the preserve began comprehensive record-keeping of the flora and fauna of the area.

The full results of the Christmas bird count are as follows: