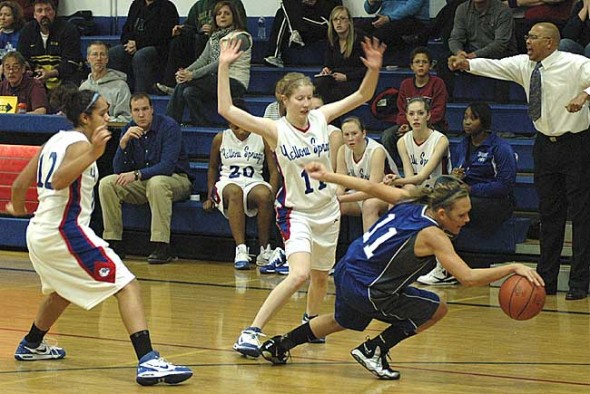 The high school girls basketball team lost its home opener to Bishop Ready by a final score of 46–27 on Thursday, Dec. 2. The Lady Bulldogs kept pace with the visitors early before Bishop Ready widened the score by the half. Despite tough defense and a spirited rally in the fourth quarter, Bishop Ready’s full court press was too difficult for Yellow Springs to break and the team struggled to make up the point difference. The Lady Bulldogs were led by Alex Beer, who had nine points, Maryah Martin with six points, Brianna Ayers with five points and Angela Allen with four points.

Their next game is Friday, Dec. 10, at Middletown Christian at 6 p.m.

Under new head coach Evin Wimberly, the seventh- and eighth-grade teams opened their season at Fort Loramie last Thursday, Dec. 2. The seventh graders lost 48–2 while the eighth-grade team was defeated by a score of 58–2.

Traveling to Northwestern on Monday, the girls played better, according to Coach Wimberly, but ended up losing their games. The seventh-grade team, despite only allowing eight points the entire second half, lost 36–2. The eighth graders were down just 12–4 at the half but lost by a final score of 34–9. In the loss Kara Edwards had eight points and Ashley Longshaw contributed a free throw. 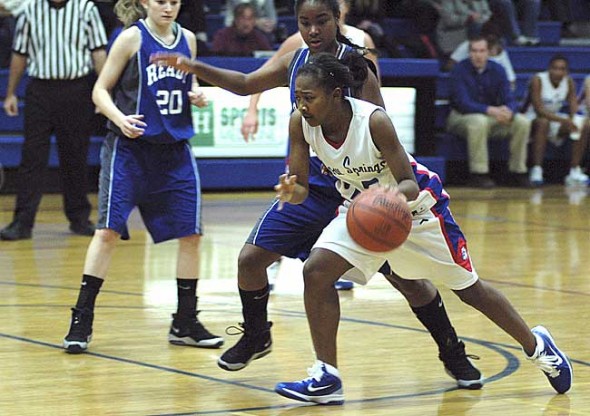 Freshman guard Brianna Ayers dribbled past a Bishop Ready defender on her way to the hoop during the team’s 46–27 loss last week. Ayers had four points during the game. (Photo by Megan Bachman)