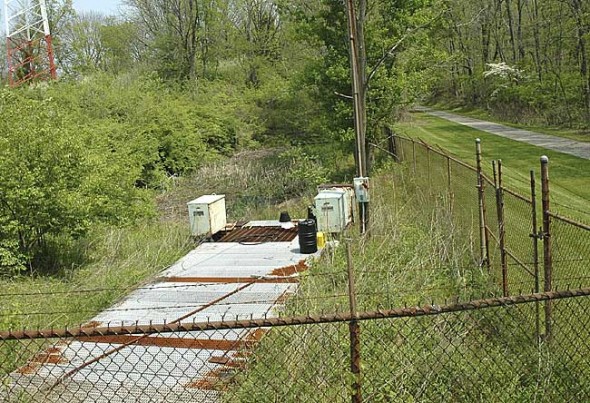 A project connecting the Morris Bean & Company foundry to the Village of Yellow Springs sanitary sewer system will likely be completed this year with the recent finding by the Ohio Environmental Protection Agency that the project will not have a significant negative impact on the environment.

Previously the Ohio EPA recommended that Morris Bean either connect to the Village’s wastewater treatment system or upgrade its ineffective on-site sewage treatment plant, which was a potential contamination source to the Village’s well field just south of the facility. Since Morris Bean is in Miami Township, the Village made an exception to its policy to not extend utilities beyond the village because of the threat of contamination to Village water supplies, according to a 2005 Village resolution.

Using funding from Morris Bean and a federal matching grant, the Village will construct a grinder pump station and install a small diameter force main pipe from the Morris Bean industrial facility on Hyde Road to the Village’s sewer line on Spillan Road.

Morris Bean, an aluminum casting foundry with about 100 employees, has operated at its present location in Miami Township since 1949.

Only Morris Bean’s sanitary waste — not its industrial waste — in addition to a limited amount of a rinse agent will be treated by the Village’s wastewater treatment plant on Grinnell Road under a January 2010 agreement with the Village.

The Ohio EPA Environmental Assessment (EA) and the Finding of No Significant Impact (FONSI) are available at the Yellow Springs library for review and public comment. The report additionally confirms that since the sewer connection project is located north of the Morris Bean facility it will not affect the Ohio EPA’s contamination mitigation project underway south of its facility.

The Ohio EPA EA and FONSI will be approved by the U.S. EPA if no substantive contrary comments are received by May 31 and the Village will proceed to bid out the project. The review was required because a federal earmark of $119,500 was approved by Congress for the project in the U.S. EPA’s fiscal year 2006 Appropriations Act.

Though Village policy states that utilities will not be extended outside of Village limits, an exception was made in a 2005 Council resolution because Morris Bean’s on-site biological sewage treatment plant and pond were ineffectively treating its sanitary waste, making it a potential source of contamination to the Village well field, according to a letter from the Ohio EPA’s Southwest Division Office. Morris Bean’s facility is one-half mile north of the Village well field and is located within the Village’s well field protection area.

Morris Bean spokesperson Bill Magro said earlier this month that even though it would be less expensive for Morris Bean to upgrade its on-site sewage plant, “we thought it would’ve been better for the village” to tie the plant into the Village’s wastewater treatment system.

The Ohio EPA recommended in the late 1990s that Morris Bean either upgrade its sewage treatment system, originally built in 1967, or tie into the Village’s system since Morris Bean’s infiltration pond system no longer meets current environmental standards, according to the 2001 Village Wellhead Protection Management Plan.

According to John Eastman, the Village’s consulting engineer on the project, the treatment plant and infiltration — or seepage — pond weren’t operating effectively. The small biological treatment system, known as a package plant, discharges excess biological solids which settle out in the pond. Treated wastewater then filters through this mat of organic material into the groundwater because the pond bottom is not water-tight. The treatment plant is within the five-year travel time of the Village well field located off of Jacoby Road.

“This type of treatment system including the settling pond was commonly used in the 1960’s but does not meet today’s higher standards,” Eastman said. “So Ohio EPA can require improvements when renewing their discharge permit.”

In addition, rapid infiltration of the groundwater was occurring because of the silt loam soil on the property, according to the Ohio EPA report.

The sewage plant, which is adjacent to the bike path, will be shut down, organic material removed from its seepage pond, and the pond filled in with dirt as part of the project. The facility’s sanitary waste will be re-routed to a pump station near the facility and through a three-inch diameter pipe for a distance of 2,300 feet to Hyde Road and across to Spillan Road, where it will connect with the existing sewer line. In addition, Morris Bean will be allowed to dispose of a rinse water containing small amounts of a biodegradable penetrant called Zyglo, which is used for quality control during its manufacturing process, as long as it accounts for less than 600 gallons per day, according to the 2010 agreement with the Village.

The impact on the environment will be minimal, Eastman said, because only a one-foot wide trench five feet deep is required, no trees will be removed and no streams will be crossed to compete the project and only about 1.5 acres will be disturbed during construction.

“Morris Bean has been a responsible player and doing the things they need to do to take care of the project,” Eastman said.

The sewer connection project will also not affect a nearly-complete contamination mitigation project on another section of Morris Bean’s 60-acre property, according to the Ohio EPA report. Under an order from the Ohio EPA, Morris Bean pumped and treated its contaminated groundwater from 2000 to 2009 after volatile organic compounds, including the contaminant 1,1-dichloroethane, were detected in 1988 in Village production and monitoring wells and in springs in the Glen Helen Nature Preserve. The contaminant was never found in the Village’s treated water, according to the Village Wellhead Protection Management Plan.

Breathing very high levels of 1,1-dichloroethane can affect the heart and animal studies have shown kidney disease from long-term exposure to high levels in air, according to the Agency for Toxic Studies and Disease Registry. It was determined that the contaminant 1,1-dichloroethane is a degradation product of a chemical Morris Bean used until 1991 to facilitate the removal of the sand aluminum casting molds. However, the source of the contamination was never found.

Morris Bean closed down its pump-and- treat system in early 2009 after the Ohio EPA approved its site closure plan. Seven consecutive quarters of ground water monitoring at Morris Bean have shown that the site is meeting the Ohio EPA’s standards for groundwater quality. After the eighth and final quarter, the state will terminate the cleanup order.

“Essentially, it means after two years of achieving the [contamination] goal, we can conclude that high contaminant levels won’t recur,” Heather Lauer of the Ohio EPA wrote in an e-mail.

Morris Bean & Company was founded in 1946 by Antioch College graduates Morris and Xarifa Bean from what had been the Antioch Art Foundry. The company was originally housed in the building that later became the college’s theater building. The private company reached its peak in the 1970s with about 700 employees, when it was the biggest employer in the county, Magro said.

Morris Bean produces aluminum castings for equipment manufacturers, several years ago changing its process, which had become technologically obsolete. Now most of its business is casting for the aluminum impellers of large commercial air conditioning equipment, including those on cruise and battle ships, Magro said.

“The foundry industry has been in trouble in the country over the last 20 years and about two-thirds of the foundries have closed their doors,” Magro said. “But we’ve worked real hard.”