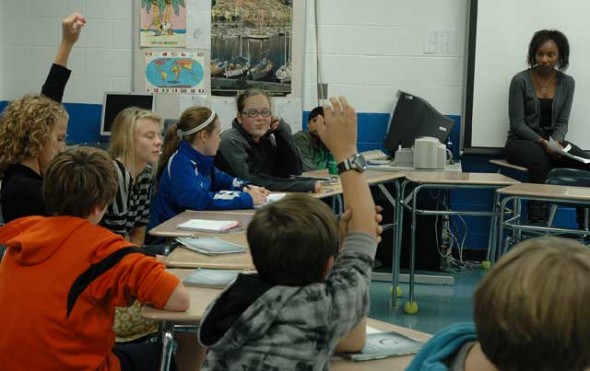 A small group of students known as the Yellow Springs youth facilitators led their younger peers at McKinney Middle School in a SPIRIT (Student Problem Identification & Resolution of Issues Together) workshop this week. The event was designed to allow students to lead their own problem-solving effort in the schools. It is one example of the kind of training that the youth facilitators have received over the past several years in order to increase their ability to advocate for themselves in the schools and in the wider adult community. 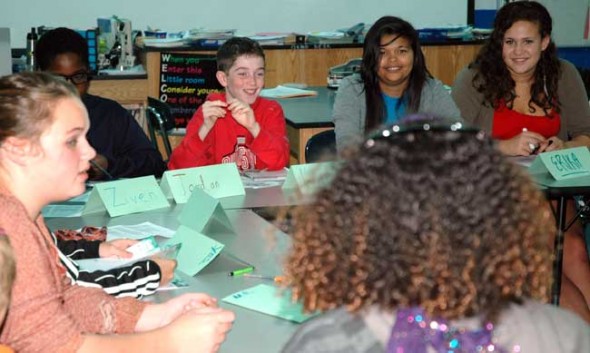 Anndee Pettiford and Erika Chick led a group of McKinney students in discussion.

The facilitators have moderated discussions for adults and youth around controversial films at the Little Art, and helped to facilitate several leadership workshops with students at Mills Lawn. They have received sponsorship and training from the Village Human Relations Commission, the schools, and the 365 Project, which recognizes the importance of the African American perspective in the village. And the group continues to seek ways to empower youth to contribute to the community in meaningful ways.

Read more on the story in this week’s News.