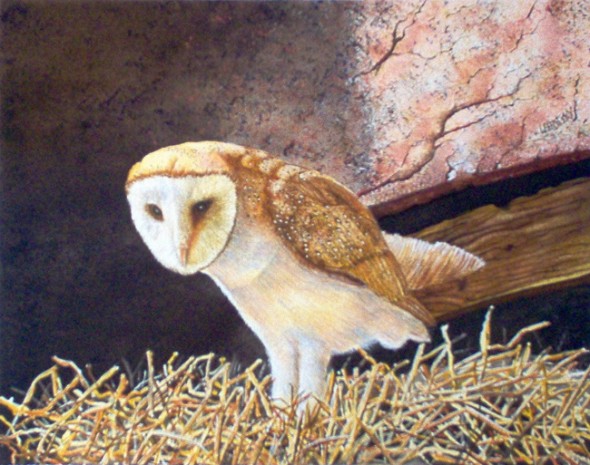 The intricate markings and fine whisps of down on Kathryn Lehotsky’s birds look soft enough to cuddle and real enough to fear. While most of the painter’s 34 works at the Glen Helen Atrium Gallery are of harmless songbirds, there are several readily taloned raptors whose fierce gaze can be admired at the gallery until the end of the this month.

The delicacy of Lehotsky’s brushwork has its roots in her background as a student of rosemaling, the Scandinavian decorative folk art featuring ornamental florals and birds flowing into scroll work and other geometric shapes. Having studied painting since she was a girl, Lehotsky majored in art at Ohio University, and later sold her work in galleries and major art shows around the country. She has received the Yankee Peddler Craftsman of the Year Award and her work was selected for display at the National Folk Art Museum in New York City.

Lehotsky came to Chillicothe to direct the Pump House Center for the Arts and won an Ohio Humanities Council grant to help produce a nationally reviewed art history exhibit on the Underground Railroad. She and her husband now reside in Springfield.

Instead of the traditional fast brush stroke and impressionistic style of watercolors, Lehotsky uses watercolor like an oil painter. The strokes are fine but definite, and multiple layers create a realistic quality that Lehotsky wanted for the natural world she reveres. As a master gardener and a supporter of the Glen, Lehotsky feels at home in the wild, and depicts the birds in their natural settings too, with the help of a professional grade camera she inherited from her father.

“Birds of a Feather—from Songbirds to Raptors” will be on display at the Glen Helen Building until Sept. 30. 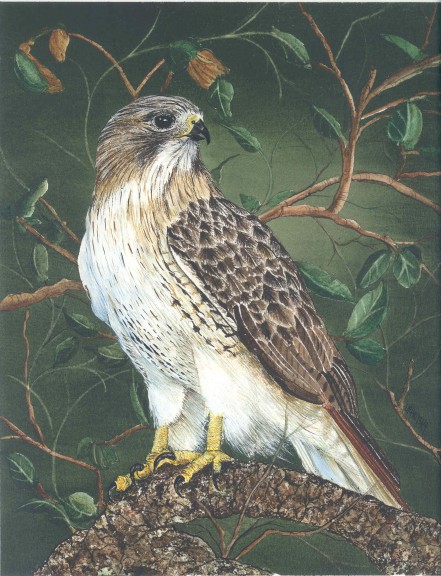