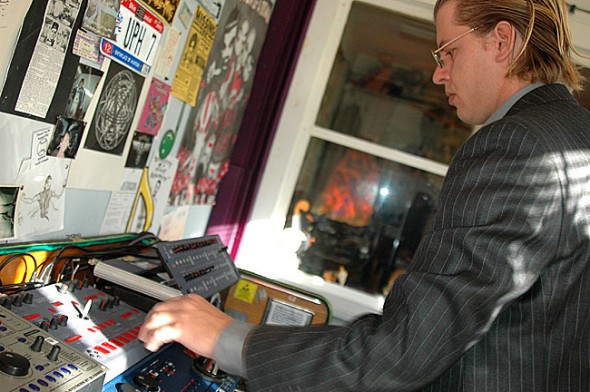 To Gabe Stratton, electronica is more than samples, turntables and iPod set lists. With his collection of vintage, obscure and self-designed drum kits, synthesizers, Nintendo consoles, floppy disk drives, old “Speak and Spells,” and vocoders, Stratton is a composer, a circuit bender, a sample-free electronic artist of trip-hop trance under the name Unpainted Huffhines.

“My electronica is a live act, not a DJ booth at a club,” Stratton said last week from his home studio.  “I have a love-hate relationship with DJs. Most don’t produce their own music.”

Stratton’s home just a few miles north of Yellow Springs is a museum of antique synths, home-built stereo systems, Asian art and pop culture memorabilia (like a Gremlins soundtrack cassette and a flaming carrot figurine) and is complete with a robot stepping stool Stratton designed in his youth to roam library stacks. 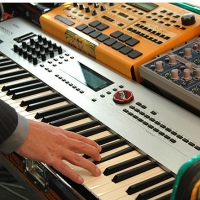 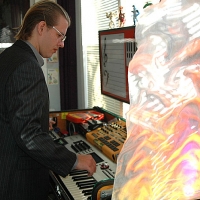 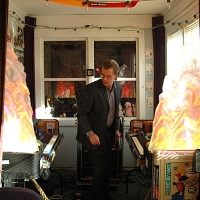 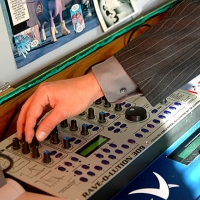 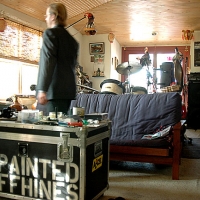 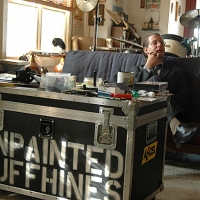 In fact, Stratton’s new project, Pretty Skeletor — an ‘80s cover band that will play the likes of Devo, Men at Work and Spinal Tap — will probably have an easier time getting a gig in a local music scene largely devoid of electronic acts.

Stratton, a Yellow Springs High School alumnus from the mid-90s, has spent his time after graduation going back and forth between the village and Seattle, with its much more appreciative electronic music fans.

“There’s a lot of dubstep DJs and trance DJs out here,” Stratton said, and not many true electronica artists that create their music live (some electronic performers even give vinyl sets of their material).

“It’s kind of offensive to the composer and musician in me,” he said of the trend. “That’s one of my motivations in doing my live electronica. I have all the capabilities to sound like a DJ but I can remix things at the smallest elemental scale.”

Stratton’s “live mastery” of his songs is a particularly polished skill. Though his jazz improv muscles are still strong, he does play pre-rehearsed songs in his live shows.

“I can constantly remix all my stuff,” Stratton said. “I could reproduce a performance but I can also make it entirely different.”

Stratton said he tries to read the crowd to keep his audience happy and dancing, but that many aren’t picky.

“Fortunately I’ve realized that as long as you have booming rhythms, the simpler audience members can get behind your music,” he said.

As for getting behind the name, most people are unaware of its origins. For those not in the know, the name Unpainted Huffhines was snatched from “the most unfunny line” of the 1987 cult classic film Raising Arizona, Stratton said, before acting out the scene:

FBI Agent: Sir, we discovered you were born Nathan Huffhines.

Nathan Arizona Sr: Yeah, I changed my name. What of it?

FBI Agent: Can you give us an indication why?

Nathan Arizona Sr: Would you shop at a store called Unpainted Huffhines?

“Don’t choose a nonsequitur for a band name,” Stratton said.