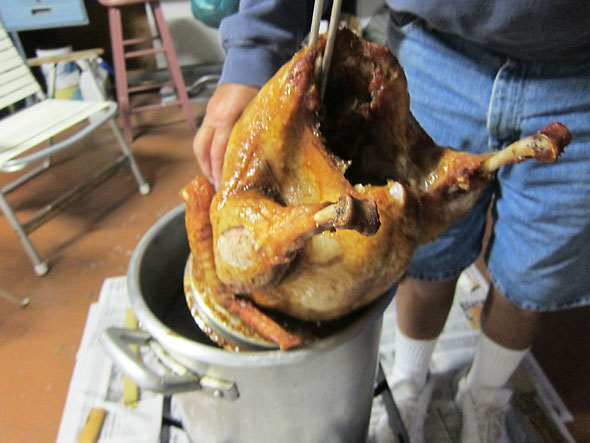 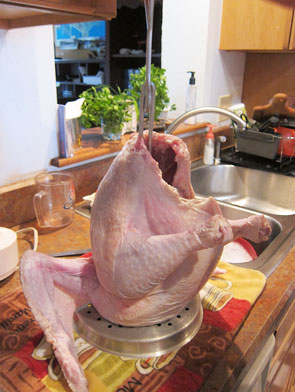 For the family supper on Presidents’ Day, my father hosted a turkey fry. I had fried turkey twice before so I knew what a rare treat this was…the first at a Thanksgiving dinner hosted by friends in Texas many years ago and the second with my Dad on a trip to Alabama. My dad was so impressed with his first experience that he bought a fryer on the way home.

The main ingredient needed for a turkey fry is presence of mind. A steady patient vigilance is required to tend the open flame and the many gallons of boiling oil. The oil is brought to 350 degrees, and—slowly, carefully—the skewered 13 lbs bird must slide into the rolling boil. Given the three plus gallons of oil, the exercise can be messy. To preserve his driveway, my father’s solution is two fold: One, he lays down newspaper to catch the inevitable drips and, two, he uses kitty litter in the final clean up to absorb the oil spills that soak through. 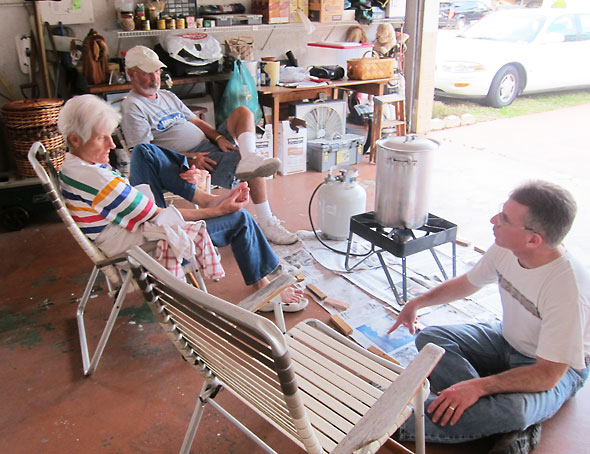 As we sat waiting for the oil to reach 350 degrees, the headlines on the protective layer of newspaper drew our attention. The Tampa Bay Times featured a full page color spread commemorating Astronaut John Glenn’s flight into orbit on February 20, 1962. Like others of our generation, my husband Jeremy’s great love of science was inspired by the United States’ manned space program. As our canola oil began to bubble beside him, Jeremy described the liquid oxygen aboard Friendship 7—the source of steam bubbling from the Atlas rocket—and he contemplated the fuel’s awesome power which would either propell Glenn into space or blow him to kingdom come. 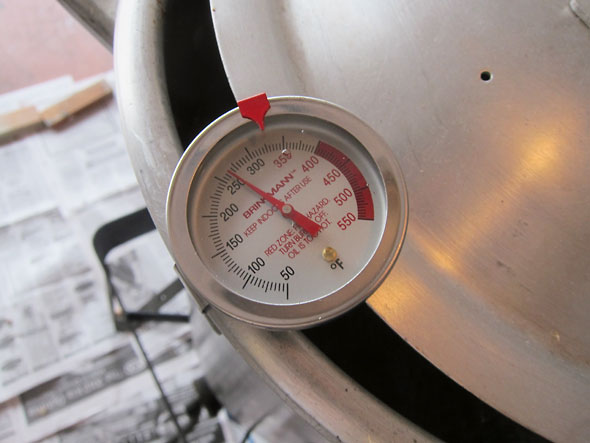 Set off on a scientific bent, our conversation turned to the propane burner and its efficiency, and we began experimenting with the position of the flame. I had been schooled to position the fire on a pot so that its heat is delivered to the flat of the pot. Any flame allowed up the sides of the pan, theory goes, is wasted energy. Given the temperature gauge for the turkey fry, we could test this wisdom. If my lessons were correct, we would see the temperature rise until the flame started licking up the sides of the pot. Then, we would see a noticeable drop. Sure enough, this temperature drop proved quite pronounced. 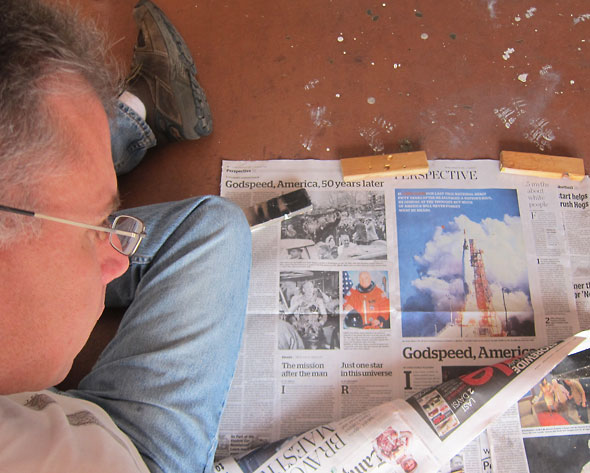 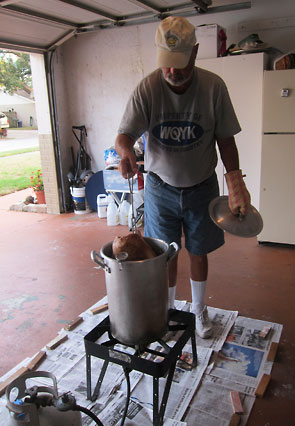 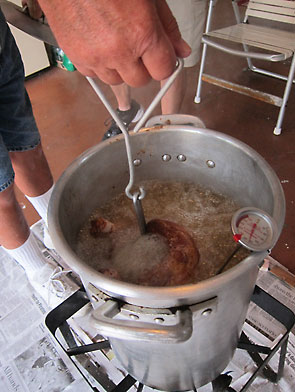 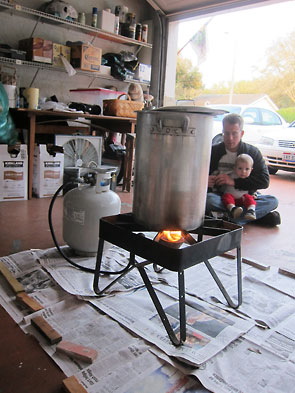 The temperature also drops when the bird is added, and we found, if the amount of oil is low, the temperature won’t return to the recommended 325 degrees. As a consequence, we let the bird fry for about an hour before taking it out. The wait was worth it. The meat was tender and flavorful, the skin crispy.

After such a marvelous meal, I am now considering a turkey fryer myself. Dale Filburn of the certified organic Morning Sun Farm produces a marvelous turkey, and I can order the pot, skewer, and temperature gauge through Downing Hardware, 254 Xenia Ave. Mr Filburn will be in town next on March 10 from 10am to noon at the Kings Yard parking lot. That should give us plenty of time to plan our next rocket launch…I mean, turkey dinner. 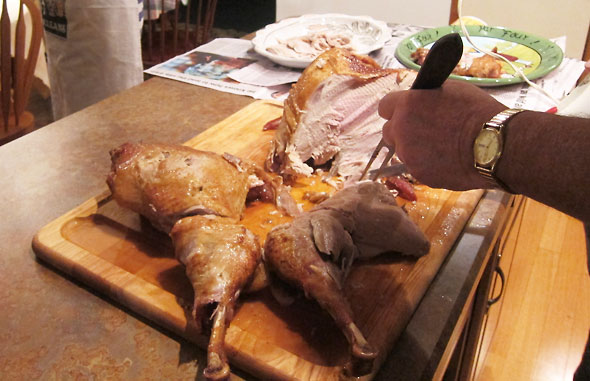