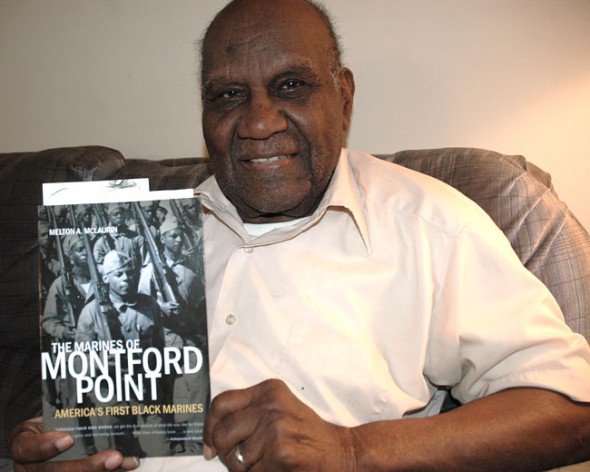 Jonas Bender will be honored this spring for his military service during WW II. He was part of the Montfort Point Marines, the first group of African Americans who integrated the Marine Corps.

Jonas Bender to be honored for military service

Sometime this spring villager Jonas Bender will be honored for his service during World War II as part of the Montford Point Marines, the first group of African Americans in the Marine Corps. While the Montford Marines integrated a branch of the military that had long resisted integration (and only did so by the order of President Roosevelt), the young men also paid a price, as they were relegated to a seperate and unequal world.

“The Marines were an elite white man’s operation,” Bender said in a recent interview. “That was the United States at that time.”

Only about 200 of the original Montford group, which grew to number about 20,000, are still living and able to receive the Congressional Gold Medal, which will be presented either in Washington, D.C., or Montford Point, N.C., the site of their training camp, sometime this spring. Bender plans to attend the ceremony.

A longer story about Bender’s experience as a Montford Point Marine, and how it affected his life and career, will be in the March 15 Yellow Springs News.