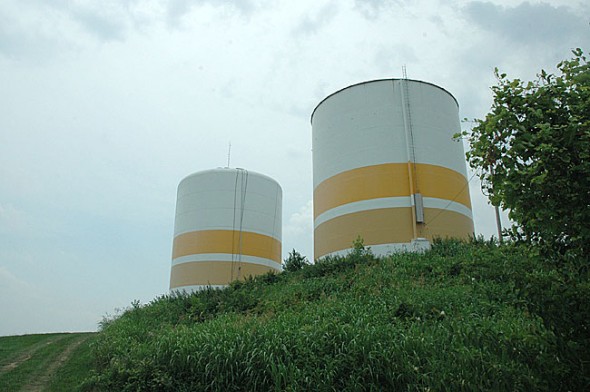 The Yellow Springs water towers at Gaunt Park are located in the middle of the water distribution system and only assist flow rates for the north end of the village. The flow for households south of Herman Street are controlled by the pumps at the water treatment plant.

Village water lines an issue separate from the source

As the village debates the question of whether to source the fresh water supply from the local well field or pipe it in from Springfield, it has become apparent that the town’s water lines are also in need of an upgrade. In order to provide enough water flow to safety fight fires in especially the areas of the downtown, Antioch College and the southern business district, the water distribution system needs two major connector lines, one along the southern end of Xenia Avenue and one snaking from northern Corry Street and down Livermore.

According to Village consulting engineer John Eastman, for residential areas, the ability to pump 1,000–1,500 gallons of water per minute is considered adequate fire flow; for commercial areas with larger buildings and sometimes higher density, the need is much greater at around 2,500–3,000 gallons per minute. But because there are just a few small lines connecting the northern half of the village to everything south of Herman Street, for high flow needs, the north end is served largely by the gravity-fed water towers, while the south end is served by the motorized pumps at the water treatment plant. The configuration results in just 2,000 gpm maximum flow for the southern commercial district, 1,500 gpm for much of the downtown commercial district (including Mills Lawn), and between 500 and 1,500 gpm for much of the college campus area — all of which is insufficient for safety needs, according to both Eastman and Miami Township Fire Chief Colin Altman.

To fix the bottlenecks, Eastman’s consulting firm LJB Engineering recommended constructing a new main along Xenia Avenue from YSI to Herman and west to the water towers. The line would “dramatically improve” fire flow to the downtown as well as the southern business district and areas all along Dayton Street. He also recommended constructing a second main, known as the Corry-Livermore connector, from the downtown along Corry Street to North College and down Livermore to achieve adequate flow for the college.

“In my mind both of these are important — independent of any decision about where we source our water — these are things that are needed by the community,” Eastman said.

See more on this story in this week’s News. 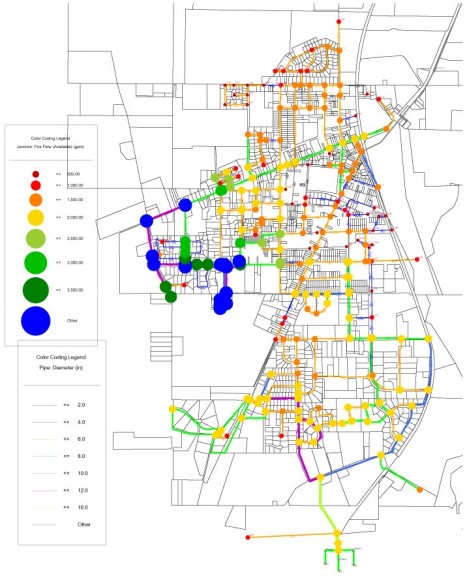 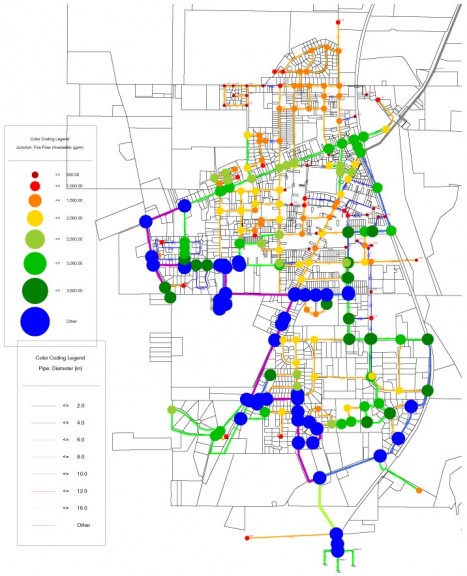 Village water flow after the Xenia Avenue connector and the Livermore-Corry Street connector have been added.