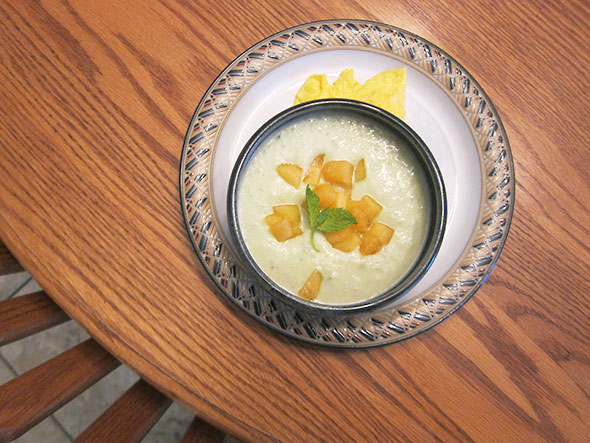 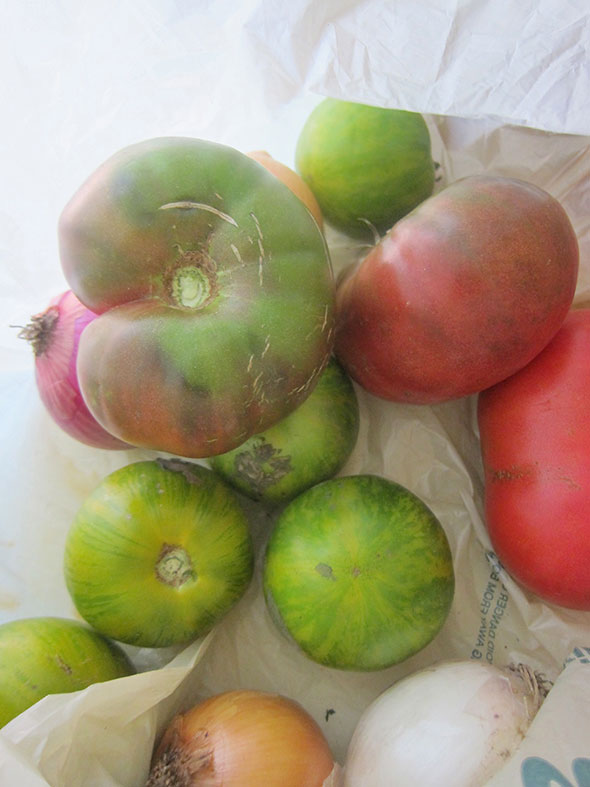 Grandpa Kelly regarded September with anticipation and dread. The month brought the rising crescendo and crashing fall of his favored tomatoes. Following Labor Day, our after school visits resumed, and we’d often find him wading into his backyard garden armed with a salt shaker. Deep in the forest of staked vines, he’d pluck fruit warm from the sun and eat it right there, salting the odd bite, juice and seeds running free down his large cradling hand.

The month’s best loved food for me is not quite as raw as Grandpa’s but close. Long ago, in some forgotten chapter, a cooling bowl of cucumber soup won my heart. Our love story is complicated by the rarely seen menu item and by my own frustrations growing cucumbers in the garden. It is my fatal flaw that I don’t water enough. Luckily, many of my friends are more competent. At church, a generous member left an offering of the green gourds, and I brought two remarkably pristine specimens home.

We returned to church last Sunday after a weekend away. At the front door, I met a women carrying a dish to pass. The occasion suddenly dawned on me: Rally day and the opening of Sunday School. The service featured music by the returning choirs and a potluck fellowship. Our family had missed the friendly reminder the Sunday prior, and I stood aghast and empty-handed. 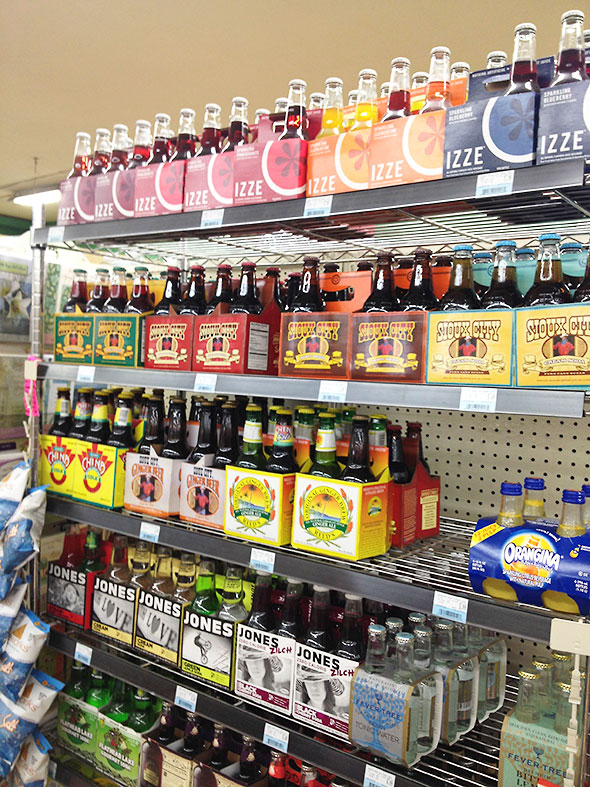 My mind whirled about in search of a remedy. My favorite soup recipe presented itself. I had the cucumbers; they even came from the church. While the congregation settled into the pews, I hooked onto the church’s wifi and reviewed my go to recipe online. In the opening minutes of the service as announcements were read, I skimmed the brief instructions and lingered long enough to look at a review featured near the bottom of the page. The reviewer recommend kefir instead of yogurt, and I decided to take that advise and turned my attention to our minister.

After the sermon but before the final hymn, I went to Tom’s Market to snap up the avocado, scallions, and kefir. I had already decided against the cilantro and lemon knowing I had mint and tomatillos aplenty at home. Tomatillos hit a citrus note, but this soup is my first use of raw tomatillos. Uncertainty over its contribution to the taste and texture made me nervous. As I stood in line at checkout chewing my lip, I looked to my right and grabbed a four pack of pure inspiration—Fever Tree’s Ginger Beer—from Tom’s tempting stock of specialty sodas. Shards of ginger float in the bottom of each bottle of lightly carbonated brew. I smiled in anticipation. My confidence restored to full. 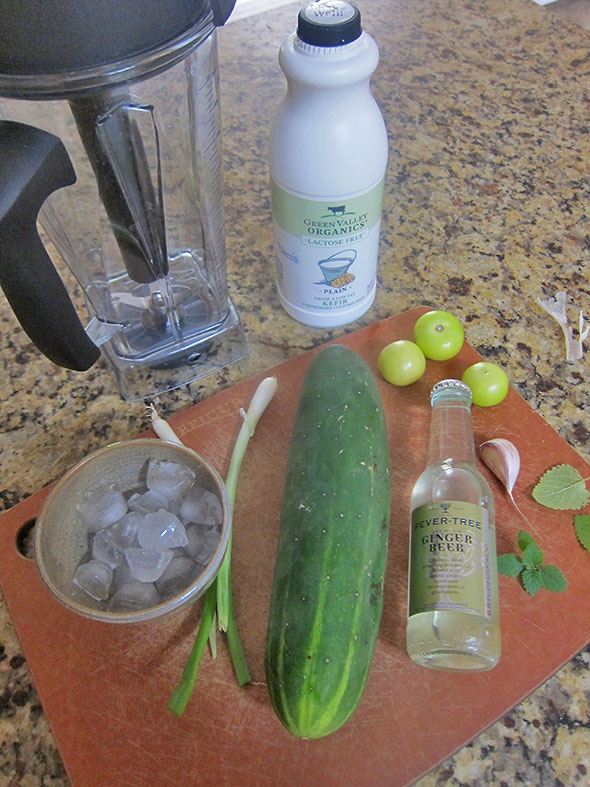 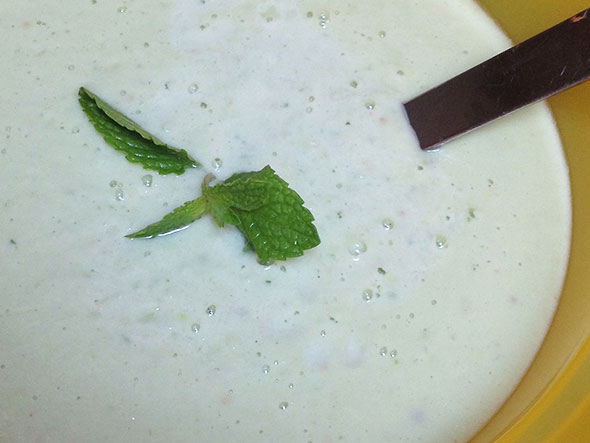 At home, the recipe pulled together easily in my trust Vitamix, and I poured a double batch of the soup into a bright yellow bowl. To keep the soup chilled, I stacked the yellow bowl on top of a second metal bowl containing a layer of ice on bottom. 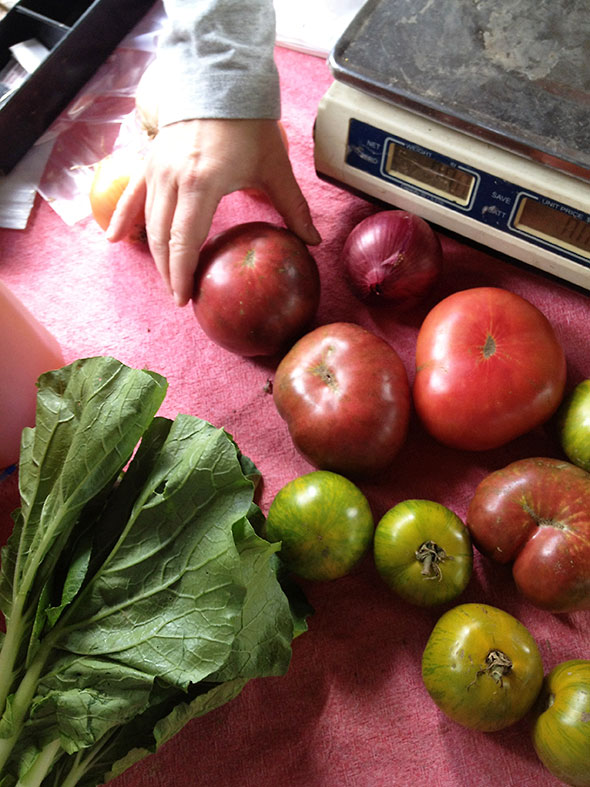 I swung back to the church, chancing glimpses at the soup bowl as I took the turns at Limestone, Elm, and Winter. The frothy mash veered close to the bowl lip but did not escape. I entered the church building and passed down into the basement to the fellowship tables below. I found an open spot on the buffet table near a tray of cucumber sandwiches, placed the soup with a stack of bowls for any takers.

As fast as the soup came together, I did arrive to the dish to pass late. Even in the buzz of a kitchen already busy with dishwashing, the soup found a respectable following among dinners up for seconds. I felt some embarrassed for making a double batch, but I could not regret having leftovers to take home. The kefir made for a wonderful soup base, and I loved the frothy zing from the ginger beer. For the savory soup, the tomatillo proved a splendid garden grown alternative to the exotic lemon. 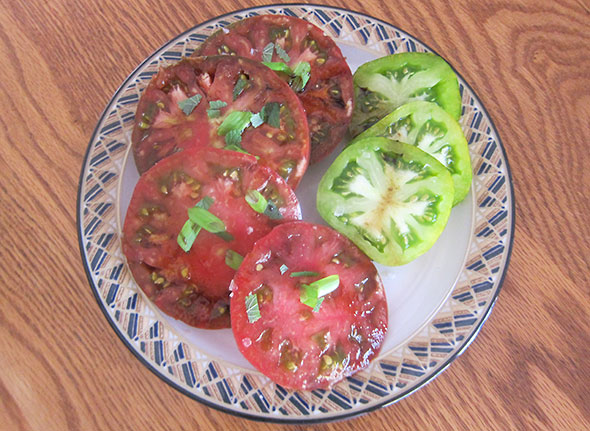 In most years, a plate of sliced garden tomatoes with a drizzle of balsamic vinegar would have been the winning plate. However, growing tomatoes has been a challenge with this year’s cool summer. Ripe tomato has been the rare treat on my countertop…my own yield augmented regularly by Flying Mouse Farms, Rocket Acres, and Peach Mountain. Today, I fix myself a plate of heirlooms for breakfast. The tomato juices mixed with salt taste like chocolate, and I commune with Grandpa Kelly. I remember his great callous fingers as he passes a round juicy orb to my smaller hand. I remember his warmth as tender as the morning sun.