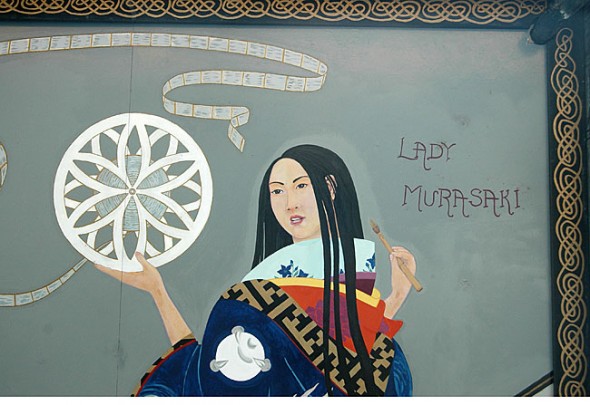 Pierre Nagley's mural on the ceiling of the Little Art marquee.

Opening a new series of discussions about film at the Little Art Theatre, Kurt Miyazaki will host “Representations of Power in Fascist, Marxist & Liberal Films, or Would Mussolini Like the Matrix?” on Saturday, Feb. 1, 11 a.m.–12:45 p.m. The event kicks off the Let’s Talk Film series the Little Art is launching this month. Tickets are $5, and drinks and snacks will be available at the theater.

Saturday’s discussion will focus on three films, including Triumph of the Will, the German documentary about the 1934 Nazi Party Congress in Nuremberg, the 1952 classic Western High Noon, and the contemporary futuristic favorite, The Matrix.