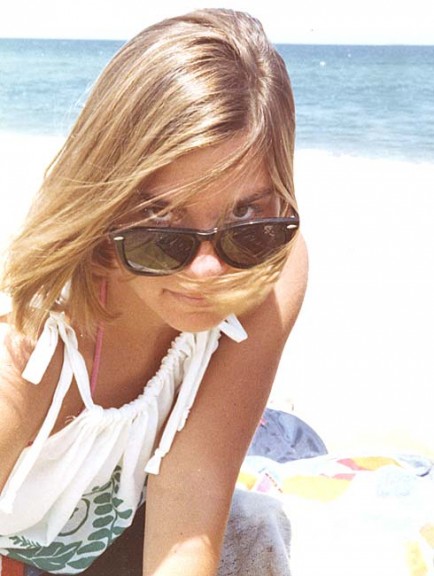 Author Eileen Cronin will read from her recently published memoir “Mermaid: A Memoir of Resilience” at Antioch University Midwest on Thursday, March 6, at 6:30 p.m. The event is free and will include a discussion and a book signing with the author, who is the sister of Midwest faculty member Joe Cronin. (Submitted photo)

Eileen Cronin grew up in a Roman Catholic family in Cincinnati in the 1960s. The seventh of the 11 children her parents raised in their Finneytown home, Cronin loved sports and writing and had the determination to pursue both. Though others would see it differently, these elements had greater influence on her identity than the fact that she was born without fully developed legs. But the lack of answers she got about both the reasons her body was different and the impact it might have on her future pushed her to create a life dictated by nothing but achieving her personal goals and desires.

After publishing in the short story genre for the past 10 years, Cronin has recently published her debut memoir, “Mermaid: A Memoir of Resilience,” about how she etched her own identity onto the person others would have her be. She will read from her work on Thursday, March 6, at 6:30 p.m. at Antioch University Midwest. The event is free and will include a discussion and a book signing.

Cronin, the sister of villager Joe Cronin, is a very able person. Society, however, would see her, and others who move or think differently than the majority, as disabled. And sometimes, she said in an interview this week from her home in Los Angeles, the disability is all people see. Cronin finds the same is true of many books and memoirs about people with disabilities.

One’s identity is so much more than a single element, even one as essential as a limb.

Joe Cronin would agree. Cronin child number eight, Joe grew up with Eileen and her prosthetic legs as a matter of fact. Sometimes he helped her with mundane tasks, and sometimes he didn’t, consciously or unconsciously training her in self-sufficiency. Cronin swam, she ran, she was in their family band The Monkeys, and her artificial legs were often used to play pranks on visitors who had the obvious expectations about the human body.

But there was also a private side of her struggle. Cronin had a deep need to know why she turned out differently from all of her siblings. As she became an adolescent, it wasn’t only the past she was concerned about, but her future as well — would she ever have a boyfriend? Could she have sex? Would she be able to have children? Partly due to the culture of silence of that era and partly because of her parents’ own preoccupations, Cronin didn’t learn much from her family.

It wasn’t until college that Cronin learned she may have been poisoned in the womb by thalidomide, a drug prescribed in certain areas of the country in the late 1950s to curb morning sickness during pregnancy. The drug caused thousands of so-called thalidomide babies around the world, especially in Germany where it was discovered, to be born with underdeveloped or malformed limbs. Cronin asked her mother again if she had taken thalidomide, and her answers again were vague.

“Eileen’s a hell-raiser,” Joe said. “She demanded answers my mother wouldn’t give her.”

Cronin’s search for her own past took her to graduate school in clinical psychology, a field in which she currently practices. She later married, and now has a 16-year-old daughter. And she continued to write, becoming an assistant editor for Narrative and focusing on short fiction works, for which she won the Washington Writing Prize in Short Fiction.

“Mermaid” is Cronin’s longest published work, and one she now sees as less of a personal story and more of a universal observation about the formation of identity, overcoming family secrets, and discovering one’s true potential.

Though she has achieved much in her life, Cronin sees people with physical disabilities at “the bottom of the heap” economically and socially, largely because society doesn’t know how to open doors for those who do things in a different way or at a different pace.

The reading at Midwest is part of a book tour for “Mermaid” that will take her from an Association for Women in Psychology conference in Columbus to St. Ursula girls school in Cincinnati. She plans to read from her book and talk about all that she has done without legs.

“I really don’t see myself as disabled,” she said. “The word means you’re unable — that’s just not me at all. That’s just crazy. The term implies you can’t do anything, but that’s not true. People can do everything!”

“Mermaid” was published by W. W. Norton & Company and is an Oprah recommended read. Journalist Megan McDonough praised the memoir earlier this month in The Washington Post.

“In the face of extraordinary adversity, Cronin’s strength, tenacity and wry humor led to her a full, successful life. Her poignant memoir is filled with tribulations, moving moments and, ultimately, the triumph of her undaunted spirit.”