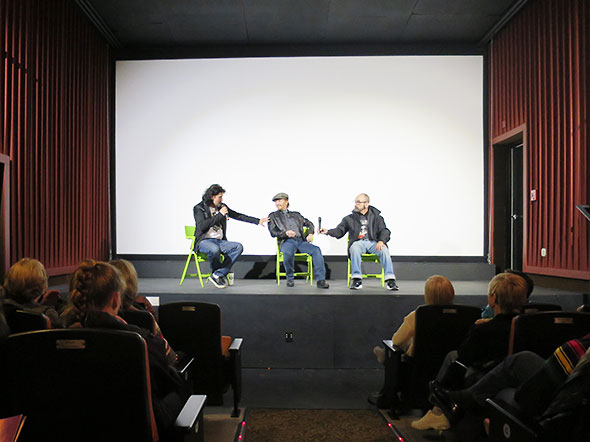 Early in life, my husband Jeremy was not entirely sold on his mother’s favorite form of entertainment. The family would gather round the television to watch one of Rita’s shows, and everything would go along fine until suddenly, for no apparent reason, a character would break into song. Rita’s two boys—Jeremy and his younger brother Kyle—would howl and run for cover. Rita was undeterred. She loved musicals. She’d patiently wait them out, bide her time, for her chance to rule the television dial or the record turntable nourishing her love for story and song.

You might assume then that a rock opera—uninterrupted singing on celluloid—would define torture for Jeremy. There was one soundtrack however that would reel him in rather than repel. The album came in a dark brown paper sleeve embellished by a gold seal and three white embossed words: Jesus Christ Superstar. 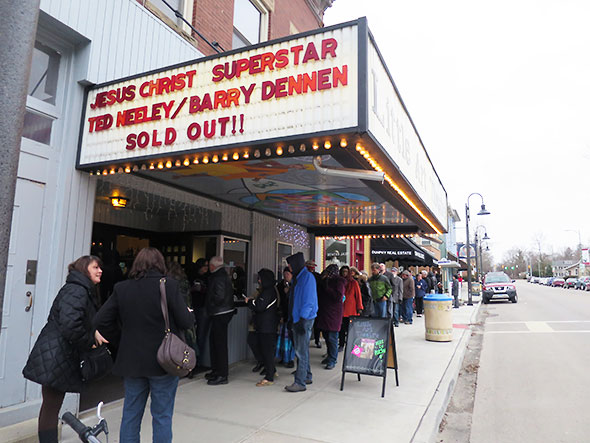 Jeremy remembers listening to the album in his mother’s company until they knew the words by heart. Together, they memorized the updated soundtrack of the movie released in 1973. The movie became one of his mother’s favorites and Jeremy shared her love of the film. He grew up hearing the Easter story but the film’s retelling brought home the danger of the time, the intrigue filled days before the crucifixion of Christ. The rock opera became Jeremy’s gateway musical. In his twenties, he sang Pilate’s Dream at an audition for community theater and won the part of Perchik in Fiddler on the Roof. From there, he began an informal study of the art form: Oklahoma, Showboat, and another favorite of his mother’s Cabaret. 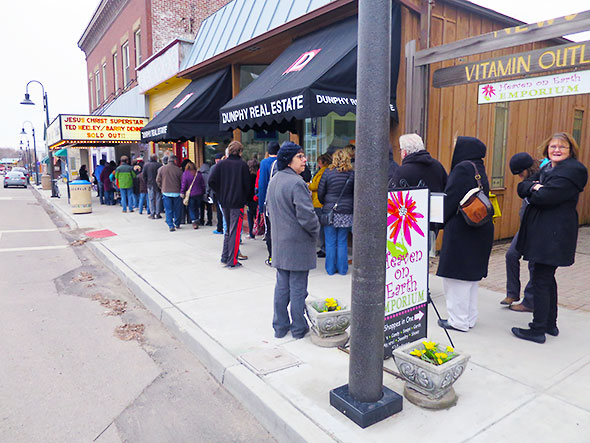 When we heard of this weekend’s screening at the Little Art Theatre, Jeremy could not believe our good fortune. We’d go, of course, though when he mentioned our plans to board member Roger Reynolds, Roger warned, “Better hurry and buy your tickets. They’re going like hot cakes.” Indeed, by the time Jeremy got online, the Saturday night screening was sold out and just a couple of seats remained for Friday and Sunday. Jeremy bought two tickets for Friday night, arranged for a baby sitter, and then—triumphant in the deal done—sent me a text. I scrambled, move up his—ehem—surprise birthday party from Friday night to Friday morning, and shouted “Yeah!” in return. One cannot resist such enthusiasm. 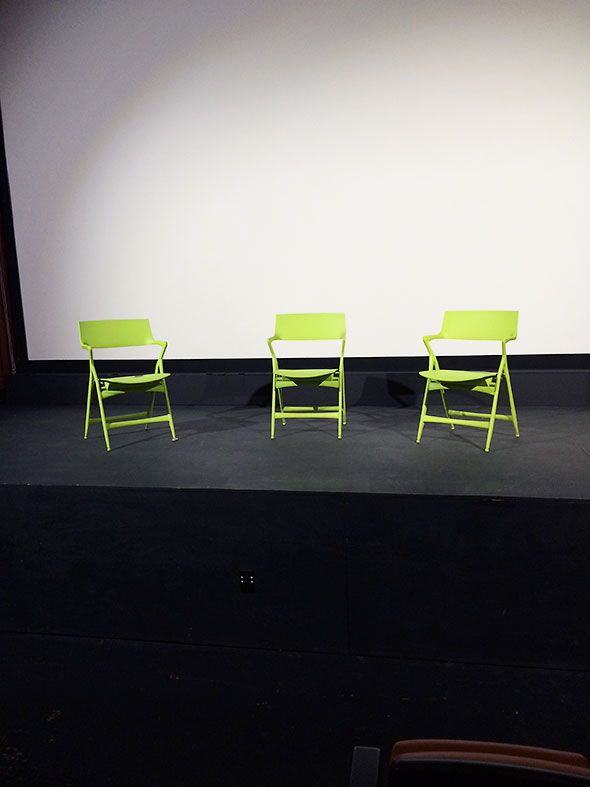 Friday night our baby sitter arrived promptly at 6pm, and we went downtown to join the queue forming on Xenia Avenue. The line stretched past Dunphy Real Estate when the theatre doors opened for admittance at 6:30pm. We moved strategically to find our seats opting to sit in the way back on the leather-backed bar stools. There, we waited trading tales from the high school’s production of West Side Story with our nearest neighbors.

Three green chairs stood on the front stage. After the crowd settled with buckets of popcorn balanced on knee, event organizer Gilah Anderson stepped forward to introduce our visitors. Frank Munoz hopped to the stage, sat in the chair to the left, and took the role of master of ceremony. He introduced Barry Dennen in turn. Dennen ran down the aisle, arms raised like a contestant on the Price Is Right. After pumping up the crowd, he sat in the far right chair opposite Munoz. Dennen is Superstar’s original Pilate—featured on both albums and in the film. He also featured in the role of connecting Superstar composers Tim Rice and Andrew Lloyd Webber to director Norman Jewison via long distance telephone. Dennen continued to make introductions between the director and the actors of the film and, on that revelation, Munoz introduced Ted Neeley, the actor that portrays the film’s lead character. Neeley strode forward to join his friend Dennen on stage. Companionably, they reminisced about the film and gave an intimate account of the actors who would shortly appear on screen. 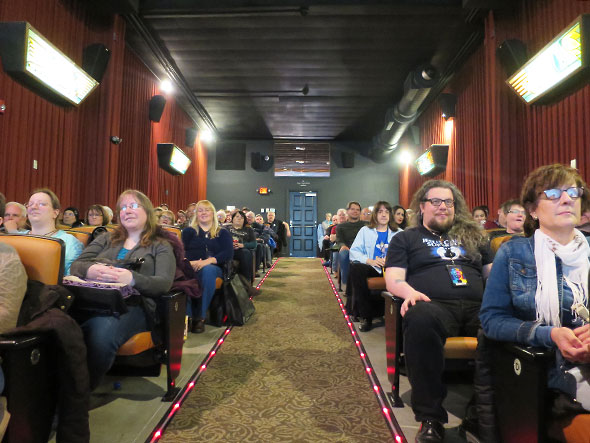 For many people present at the screening, Friday was the first time that they had come to the Little Art Theatre. Many others had never seen Jesus Christ Superstar before. By the time that the theater lights dimmed for the screening, we had an intimate perspective on the film’s guiding concepts and an appreciation for its near miraculous production. Many things can go wrong in such an undertaking—especially when filming a windy, dust-riddled site—but so many things went right that the actors felt protected, empowered by a benevolent force. 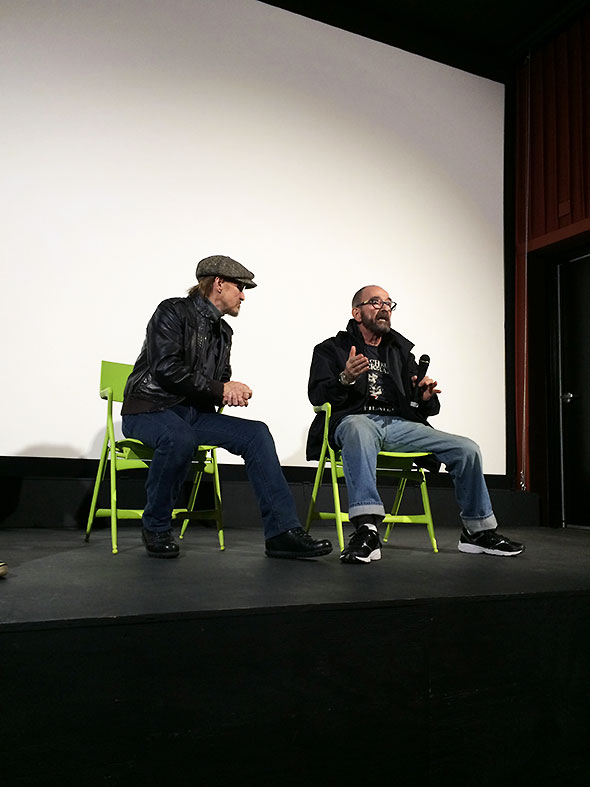 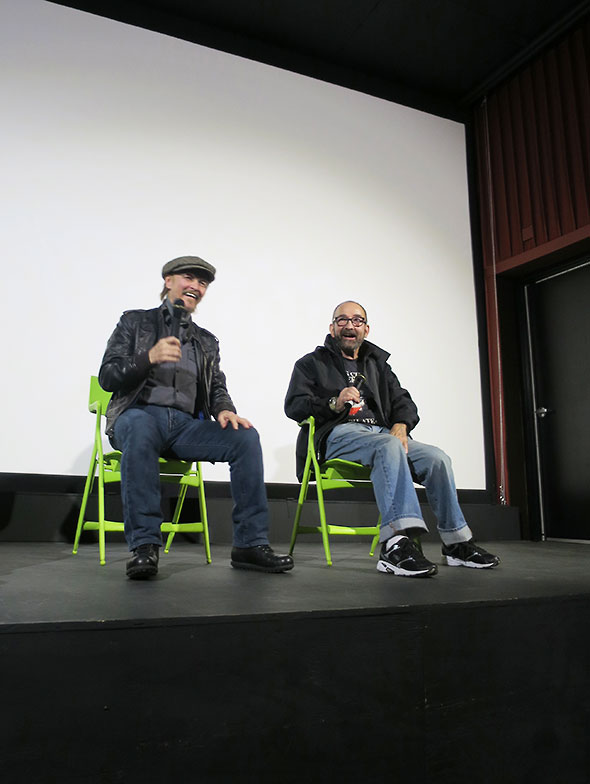 After quietly absorbing the visitors’ stories, Jeremy raised his hand to ask a question. He told the Neeley and Dennen that he had been a very young child—less than 10 years old—when the film was released. He knew this film as one that his devout mother loved, even cherished. Still he was aware even as a young child that the film stirred controversy. What Neeley and Dennen could tell us of that time after the film’s first release? The two were forthright and acknowledge the hot potato at the end of the play. It concludes at the crucifixion. The authors Rice and Webber did not write in a hint of resurrection at the conclusion of their play. Director Jewison wanted to honor their choice, but he still had the challenge to finish the film’s arch and tell a complete story. The film opens in an abandoned Israeli city. Dismounting buses, the actors unload their spare set pieces and throw themselves into the craft of resurrecting Roman-occupied Jerusalem with all its reasoned, yet frustrated alliances. After Christ gives up the ghost, the film’s characters return to the buses and board to leave still lost in their confusion, still weak with regret. The film resolves with a final image of the one who doesn’t return to the bus…an image that the actors say was a final gift to the director and crew and discovered in the final dailies of the production. 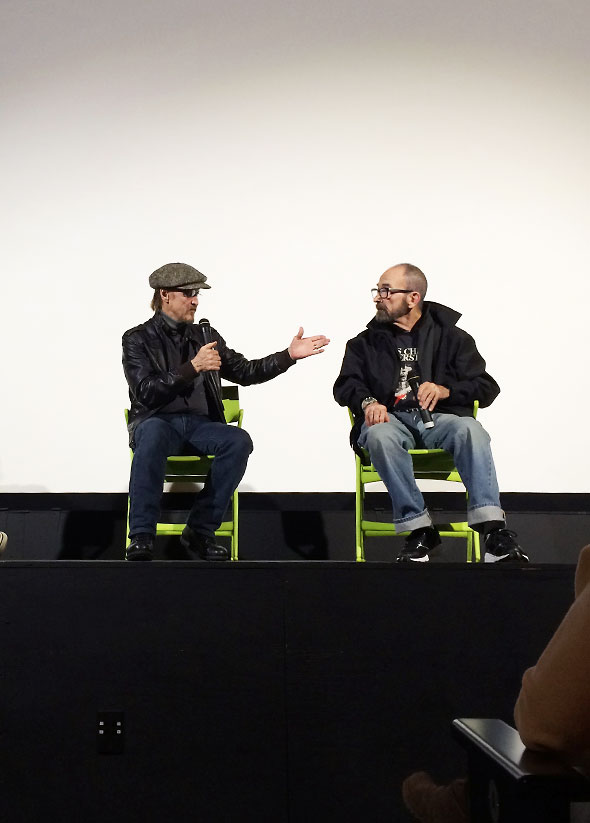 Friday night I watched the film for the second time in my life and with more reverence than the first. Having journeyed with them before, I was able to recognize the actors as they first disembarked the buses. Undistracted by expectation, I went deeper into the story. The camera works its way through the multi faceted landscape of the film location leaving impressions of the story’s many rooms. However, it is the actors themselves that dress the set, the force of each character makes me feel the change as we move from campsite to temple, among courtrooms, courtyards, and chambers. I know something of the lives of these people, in particular their contributions to the Christian faith. In the film, however, we confront them in the lowest days of their lives facing what looks exactly like abject, obscure failure…rather unlike the titanic history-altering events they proved to be. 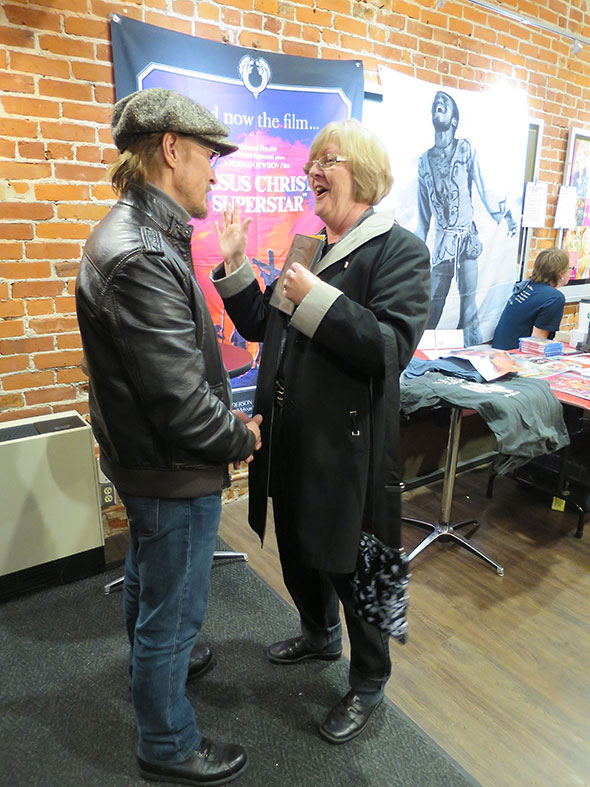 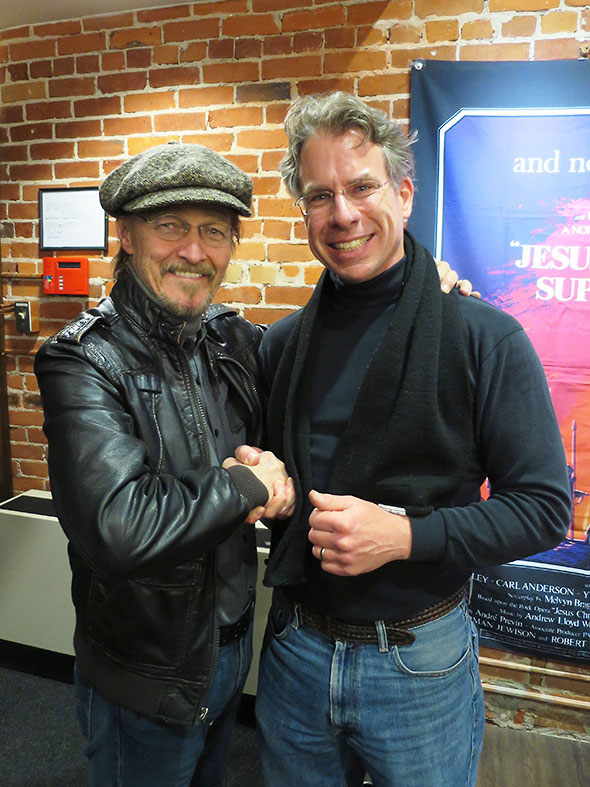 When the film let out, Jeremy and I let others fall in line before us to speak with our visitors. Jeremy sat among friends who lingered in the theatre and together they shared their impressions. I sat back myself listening in, enjoying the effervescence of their contagious excitement. About 45 minutes after the lights came up, we joined the queue to talk with Munoz, Dennen, and Neeley. These three gentlemen are great storytellers, gracious and generous as they stayed to speak to each individual. They boosted our admiration even higher than at the movie’s end by sharing their own appreciation for Yellow Springs, telling Jeremy and me how they’ve spent their time exploring the village’s history, delving into its own deep well of stories.

We left the Little Art building just before midnight blinking at our astonishment as if at a bright sky. Some maintain that the Easter story is “the greatest story ever told”. Whether we agree or not, what is inarguably true is, Friday night, Jeremy and I tuned in to more than one epic tale.