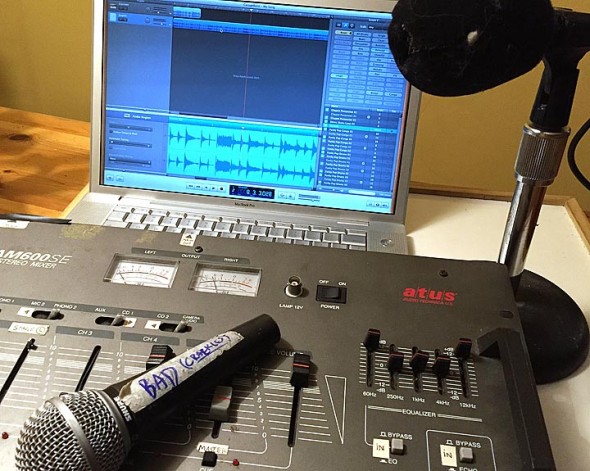 The vast majority of WYSO's uniqueness has always come from volunteers. And so has the cost savings. (PHoto by F. Stop Fitzgerald)

In the time since WYSO’s first broadcast in 1958, the village’s radio station has prided itself on being a beacon of local public affairs and music programming, and soon came to represent a haven for the eclectic, a template for community radio.

In 1973, however, WYSO became a carrier of National Public Radio’s syndicated news, and, over the years, expanded its programming to include more national and international material. And with syndicated material came greater cost. During the last decade, those escalating costs threatened more than once to shut down or drastically alter the nature of WYSO.

That’s when former Station Manager Elsa Neenis put two and two together: the vast majority of the station’s uniqueness has always come from volunteers. And so have the cost savings.

Beginning the first of this month, WYSO will begin to rely exclusively on its 1,200-plus recently-trained Community Voices Corps, which includes Youth Radio, Veterans Voices, Old Folks Radio, The Tween Scene, Fifth- and Sixth-grade Confidential, The Part-time Worker’s Recording Brigade, Diaspora on the Dial, and the newly-inaugurated Children’s Voices Out Loud.

“It was a no-brainer, really, once it hit me,” says Neenis, who recently ceded her own position to a two-year veteran of the station’s volunteer corps. She says the confluence of affordable technology and a growing populist interest in documenting every minute facet of this American life made the decision to eliminate all paid positions easy.

“We have people with a good heart, a decent voice and some time on their hands. And we have dwindling financial resources,” Neenis said. “We figured put [the volunteers] in charge, and save all that money to power our signal. We’re living in a very media-savvy society these days; there’s nothing they can’t do. With a bit of practice.”

But the move hasn’t been without its bumps. Former Station Engineer Efram Signelle says, in his opinion, the decision to leave station maintenance to volunteers is “a little reckless.” Signelle was first on the scene when lightning hit WYSOs transmitter in 2011, and later that year, when an entire can of soda spilled on the station’s one remaining turntable.

“It’ll get a bit rocky when things start sparking and hissing,” he says. But he admits that “we’re [living in] a very tech-literate society these days, and there’s nothing those kids can’t figure out. Eventually.”