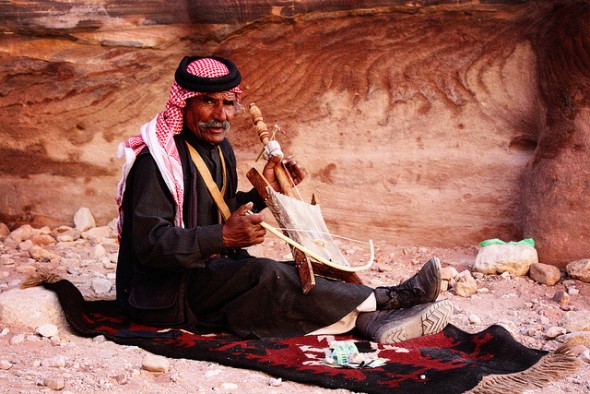 Antioch College student Jumana Snow will open an exhibit of her artwork at YSAC on June 26. (Submitted photo by Sarah G-Love)

Antioch College Miller Fellow Jumana Snow is inviting the Yellow Springs community to take a voyage across the Middle East to her birth country, the kingdom of Jordan. No plane ticket or passport is required.

“I want to give people the experience [of Jordan] through my eyes — how I see it — and then feel free to experience it on their own,” Snow said of her show.

While born in the metropolis of Amaan, Jordan’s capital and most populous city, 19-year-old Snow primarily grew up in Jeddah, Saudi Arabia. Yet, most summers, she returned to her birthplace to enjoy her vacation home’s fruit trees, the nearby historic sites and the close-knit community forged between her family and Jordanian friends.

A mere nine months ago, however, Snow relocated to the United States to enroll at Antioch College, where she received a full-ride as a Horace Mann Fellow. Soon after, Snow was accepted as a Miller Fellow to work cooperatively at one of Yellow Springs’ nonprofits. It would become her first job, and as an avid lover of the fine arts, the YSAC was a natural choice.

Planned exclusively by the soon-to-be sophomore over the past three months, “Captivating Jordan” is Snow’s first ever show, and it has been in conception since she joined the YSAC last fall.

“Captivating Jordan” offers both cultural and historical views of Jordan and the Middle East through photographs, video and even a personal account from Snow, who will open the event with a short speech, discussing her experiences as both a Jordanian native and Saudi Arabian citizen and also the two countries’ cultural intersections.

One Middle Eastern value she wishes to convey most through her speech and the overall event is that of hospitality.

“In the Middle East, people are so generous there,” Snow said. “It’s like they treat you as if you’re family. Generosity, there, is very high.”

However, “Captivating Jordan” offers not just a presentation, but instead promises a night of immersion, which YSAC gallery director and Snow’s supervisor Nancy Mellon believes makes her show unique.

“Jumana’s event will be much more of a sensory experience of the country,” Mellon said. “It is also interactive … As the sounds of Arabian music fill your ears, you can discover the history and beauty of Jordan through a video and artifacts and photographs.”

An array of artifacts will be present to not just see, as Mellon notes, but to also touch, provided by Jordanian natives in the Miami Valley, including a vessel of holy water from Jerusalem, Jordanian jewelry and traditional men’s and women’s clothing, including a men’s white thobe, which is similar to formal robes, and a women’s black shirsh, or dress.

The event’s display of photographs will exhibit Jordanian life, spanning the royal family to Bedouin people (desert tribes people) in traditional dress. However, guests are encouraged to do much more than just look by stepping inside an authentic, black Bedouin tent, which Snow has handcrafted along with a camel saddle. Inside, visitors are welcome to snap selfies as they transport themselves into another way of life.

“I want them to have the experience that they are in an Arabic atmosphere, especially with the Bedouin tent,” Snow explained.

Adding to the event’s air of immersion, guests can get henna tattoos using authentic Saudi Arabian henna, drawn by Snow herself. Offering a range of floral designs, Snow said that henna tattoos are integral to Middle Eastern culture, especially at weddings.

For foodies, a smorgasbord of Middle Eastern delicacies will be available to sample. Guests can try spinach pies, dates, Arabic coffee and even maqlooba, which doubles as the Arabic word for “upside-down” and a Jordanian dish of potatoes, rice, meat and cauliflower cooked—you guessed it—upside-down.

For sale, Snow will be offering Arabic pickles and other pickled vegetables, all homemade by her mother with spices and garlic, so guests can take a piece of the Middle East home.
Ultimately, Snow hopes her show will promote “a broader experience” and more multifaceted view of not only Jordan, but the Middle East in an atmosphere where guests are welcome to ask questions.

She continued: “I want [visitors] to rethink it — to reconsider all of the negativity.”
Mellon agrees that educational events like this are important to the community, but that as a native of Jordan, Snow offers knowledge a mere traveler could not.

“I think it is always a wonderful opportunity for us when we get to know someone from another country,” Mellon said. “It helps us to see our oneness, enjoy how we are delightfully different but basically all the same, proud of our good points, struggling with what life gives us, creative and generous.”

But even more so, Snow hopes “Captivating Jordan” will inspire others to see the place she loves to call home.

“I want [guests] to feel what it feels like to be a Jordanian, and the culture there, and the traditions,” Snow said. “I want them to leave with the feeling ‘Oh, I want to go visit. I want to go see that’—the same feeling that I have there, like just being amazed.”

She continued: “[The show is] going to take me back home, and I want to give that experience to the people. This is like a home. I want people to feel comfortable, safe and welcomed.”

* Hope Houston is a freelance contributor to the News.