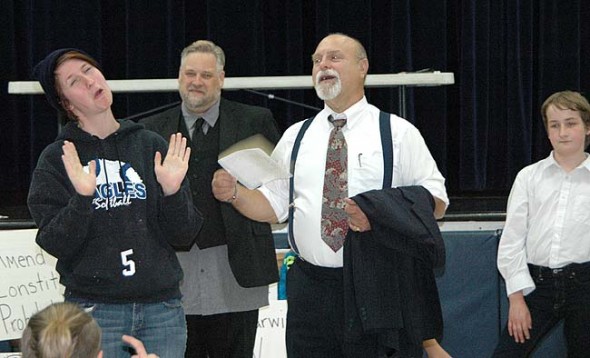 The Yellow Springs Theatre Company will animate its own version of Jerome Lawrence and Robert Edwin Lee’s 1955 play, “Inherit the Wind,” this weekend at the Mills Lawn auditorium. The production is a fictionalized telling of the 1925 Scopes Monkey Trial, in which public school teacher John T. Scopes was tried and convicted of teaching Charles Darwin’s theory of evolution in a school in Dayton, Tennessee. The trial drew national attention and debate, and the play, followed by a Hollywood film, likened the issues to McCarthyism and asked questions about intellectual freedom.