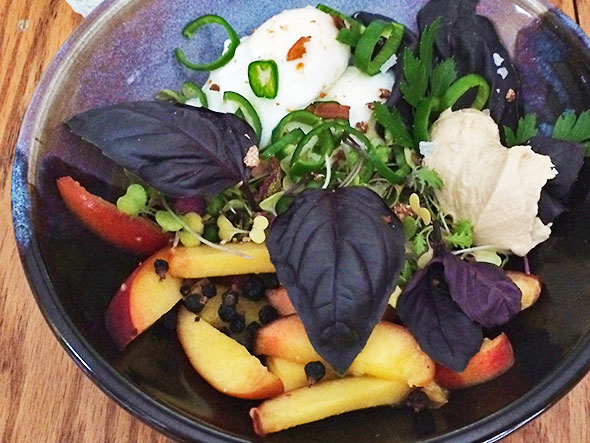 The garden tower outside our door is covered in glory…the glory of green presently. We assembled the vertical garden and fountain in early June. Over the past month, the cherry tomato and pepper plants have flowered and begun forming fruit. The peppers flowered first—star-like white flowers that gazed down to earth—and this week I started harvesting long slender green peppers. 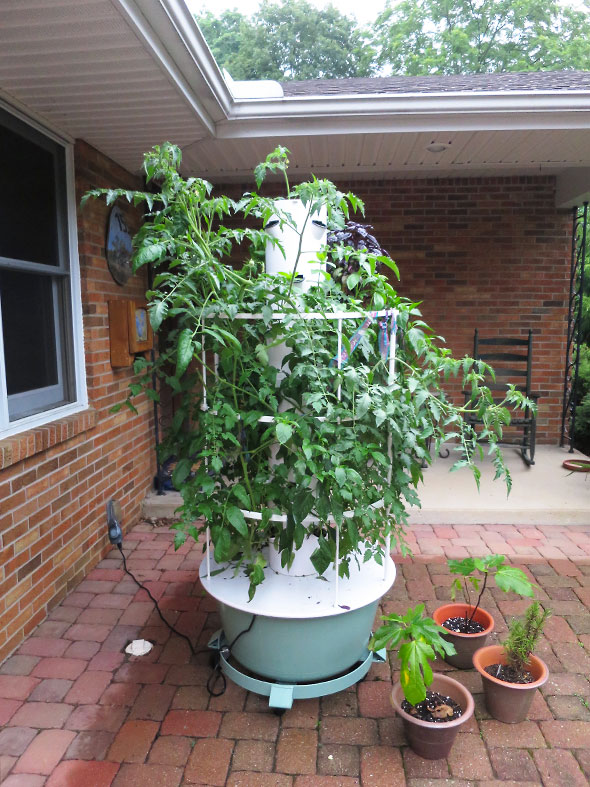 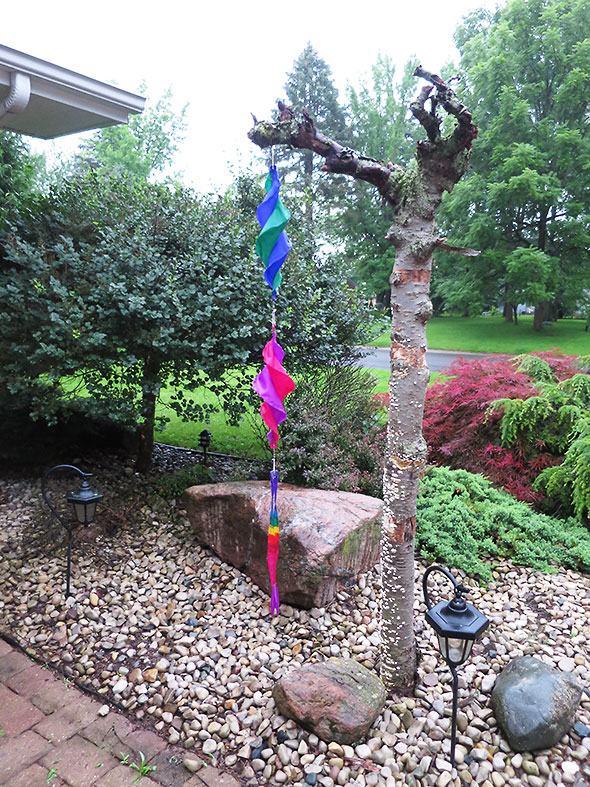 Near the top of the tower I planted two varieties of sweet basil: one traditional Italian green, one a purple so deep it looks black. When I brought in a green pepper, I plucked the amethyst basil mindful of their complimentary contrast in taste and color. 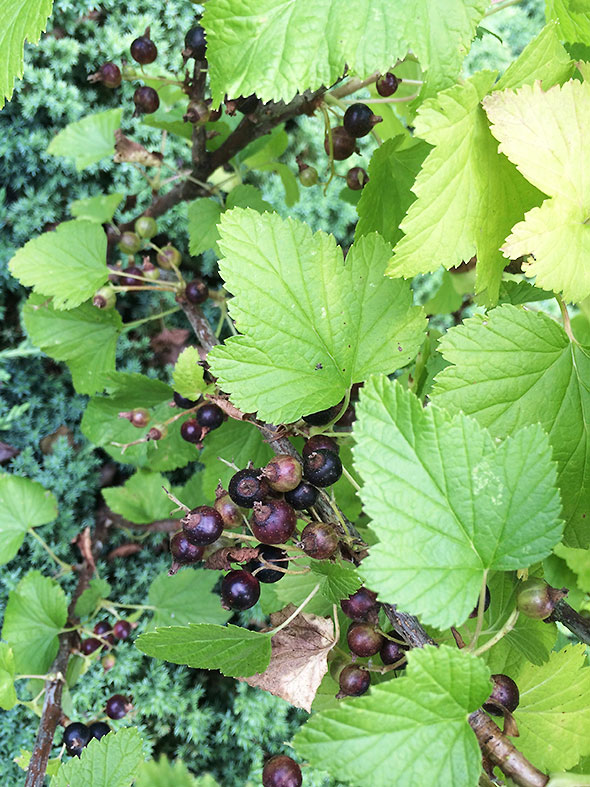 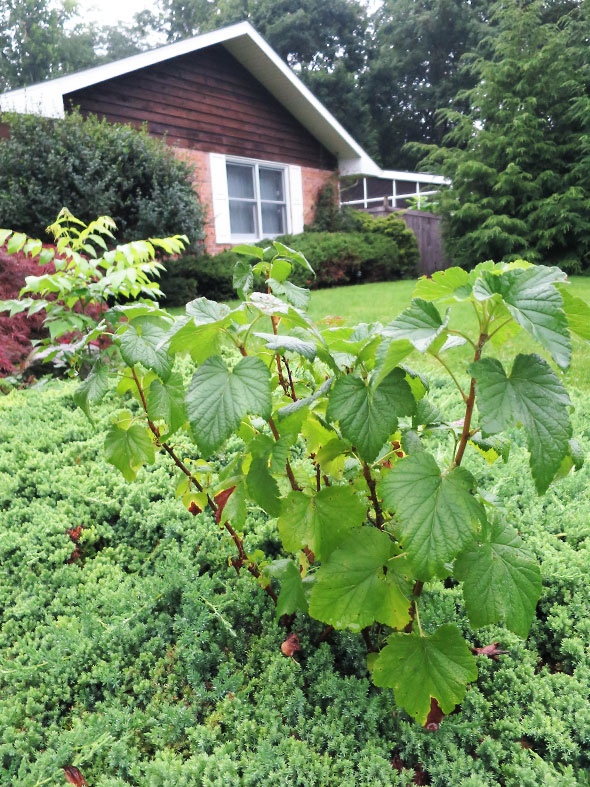 When I sat the dark leaves of the basil down in the kitchen, I noticed a strong similarity in color to another homegrown produce: our currant berries. My daughter and her friend from across the street had plucked the ripened currants a couple of weekends prior. At the time, I cautioned the children against eating the miniature seedless grapes as the fruit at its peak has sharp tartness that will cross your eyes. 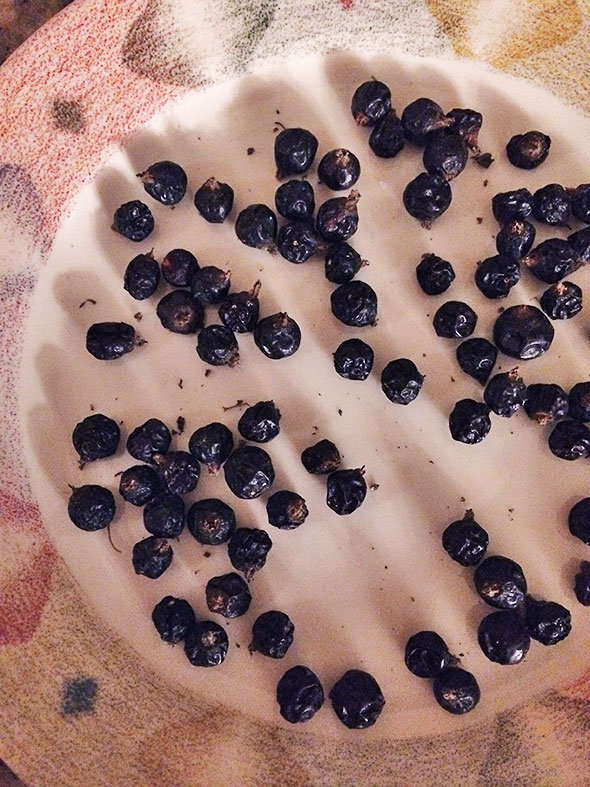 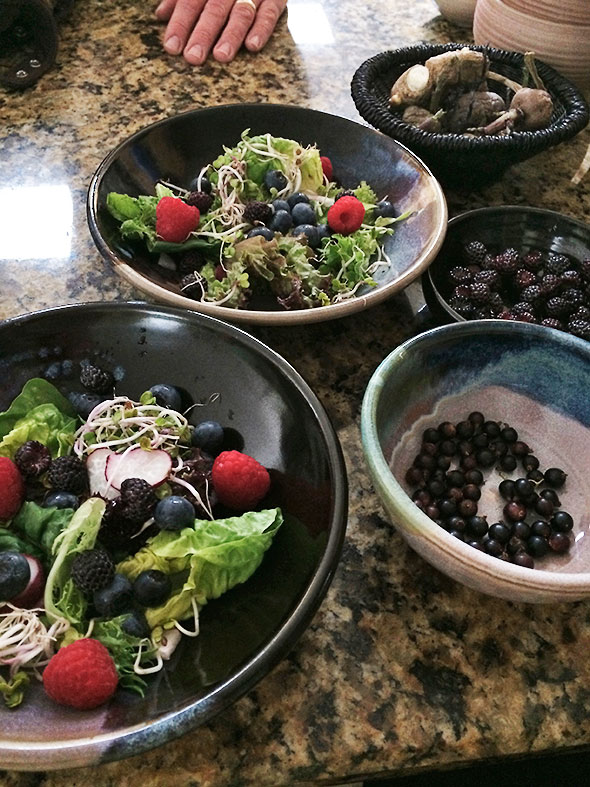 The berries transform into splendid bits once they dehydrate. Currants mellow in tartness and sing in sugar as they alter into raisins, Zante currants by name. Bringing our berries into the kitchen, we left a pint of currants scattered in a single layer on a large flat plate. They sat patiently as red and black raspberry dotted salads passed by on the countertop. In the garden, the currants had ripen on the bough in concert, but in the kitchen they shriveled in their own sweet time. After a few day’s patience, my daughter and I began picking out the smallest wrinkled bulbs. The Zante currants were now chewy on the outside, their pulpy centers still zing and bright, their taste like startling sip of port. 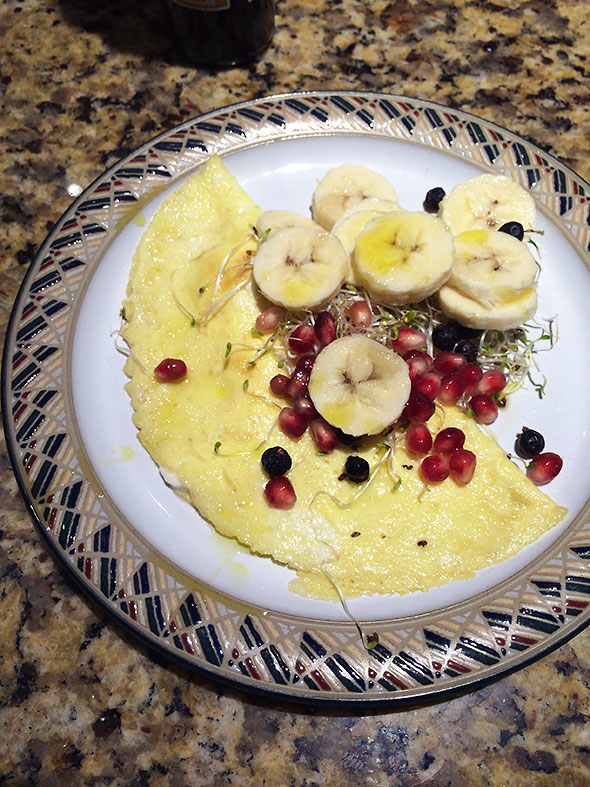 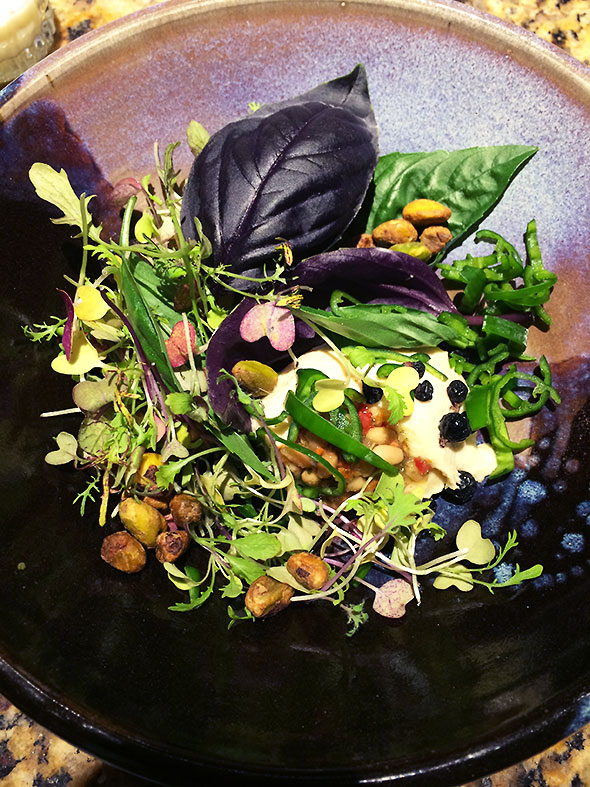 At first, I added the Zante currants with exotic pomegranate to my breakfast omelet until I began harvesting off the tower garden. Since then, the currants have featured on my morning plate with feathered slices of green salsa pepper and the dark, floral basil leaves. Each bring a pleasant zing zang zoom to my summer.