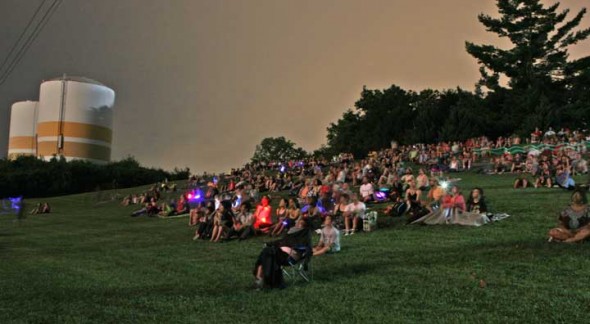 The Gaunt Park hill during a fireworks display

Celebrate the Fourth in the village

The Odd Fellows Lodge 279 will again host this year’s Fourth of July parade, which begins at 3 p.m., traveling down Xenia Avenue toward the Bryan Center. Those participating in the parade are asked to meet on Herman Street in front of Friends Care Center at 1 p.m. The Odd Fellows are also in need of volunteer street marshalls to direct parade-watchers. To sign up to participate in the parade, or to volunteer as a street marshall, contact Ruth Jordan at 607-8115 or ruthjordan50@hotmail.com.

The YS Community Band will perform its annual pre-Fourth of July fireworks concert on Saturday, July 4, beginning at 8 p.m. at Gaunt Park. The band will perform holiday favorites, including works by Sousa and Stephen Foster. In the event of rain, the concert will be held in the Mills Lawn gym.
The annual fireworks show will begin at approximately 9:30 p.m., and those attending are encouraged to arrive at Gaunt Park early in order to obtain seating.