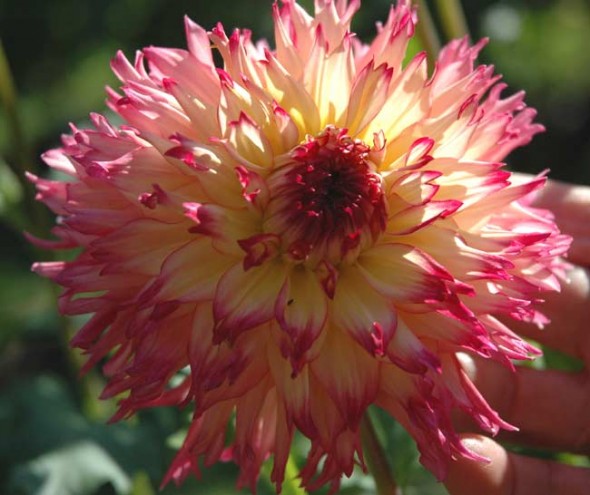 Several Yellow Springers devoted themselves to their dahlia patches this year and produced some breathtaking flowers. Even if these dahlias didn’t win ribbons, they certainly won hearts. 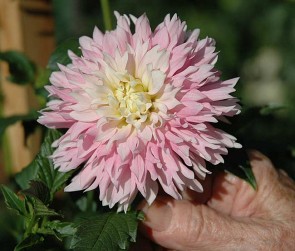 Dinah and David Anderson grew 90 dahlia plants in their garden on Orton Road, which includes this pink decorative. Dinah is captain of the garden, while David is the engineer behind the drip irrigation system and the seven-foot deer fence. It used to take her over an hour to water the cheery charges, so he built systems to reduce the labor because, he said, “I like to visit with my wife in the evenings.” 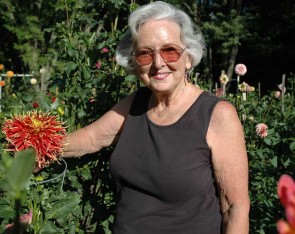 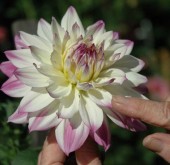 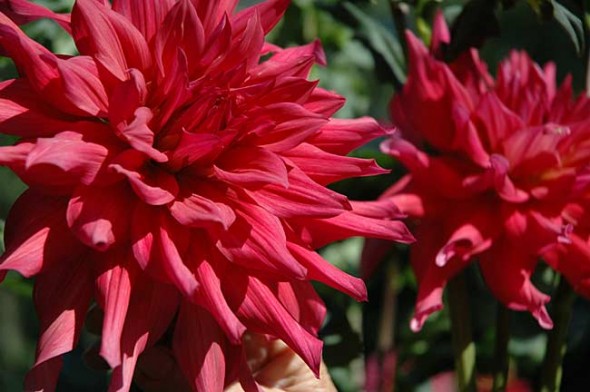 Bruce and Carol Cornett also tended some rare beauties in the forested garden behind their house on Xenia Avenue, also known as the Golden Rule Dahlia Farm. 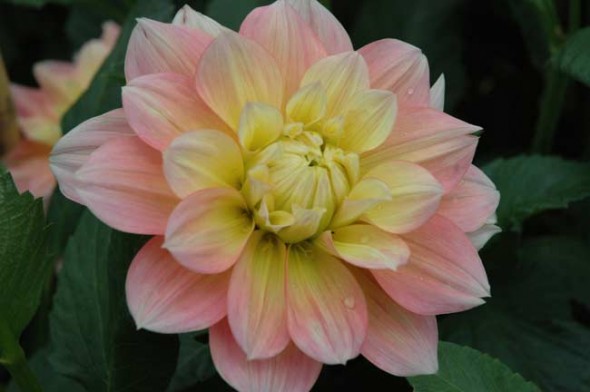 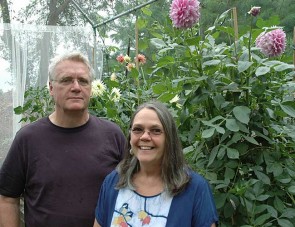 The shade house at the back of the property features raised dahlia beds with experimental media for roots, including rice hulls and perlite. Bruce is also curious to see if he can get clivia, a bulb with a bell-shaped flower related to the amaryllis, to grow as well as the dahlias. 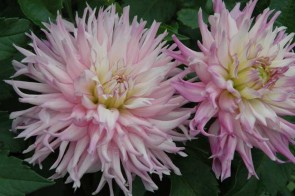 The Patricia Dawn dahlia, which the Cornetts cultivated in 1996 and named after their daughter Patty. 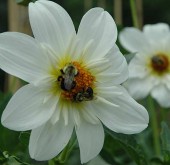 Cherubino — a dahlia too