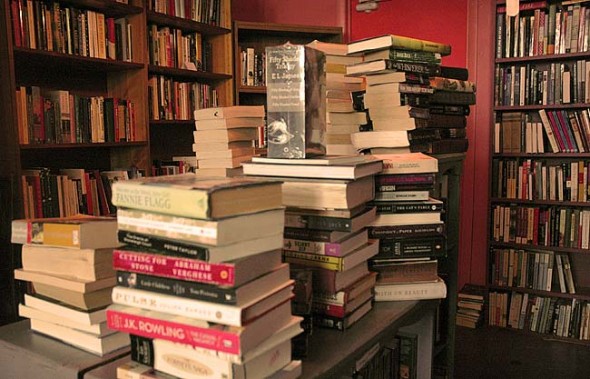 I’ve been keeping track of the books I read each year since about 2008. It’s an exercise in goofy statistics – I give awards like “Best Fiction” and “Unfortunate “this is what passes for an authoritative book on the subject?” award” when I go over my list – and a way to revisit the feelings inspired in me by the books I read in years past. Anyway, here is an overview of some of the things I’ve read this year. It’s a bit heavy on nonfiction, but that’s the kick I’ve been on since that’s also what I like to write: 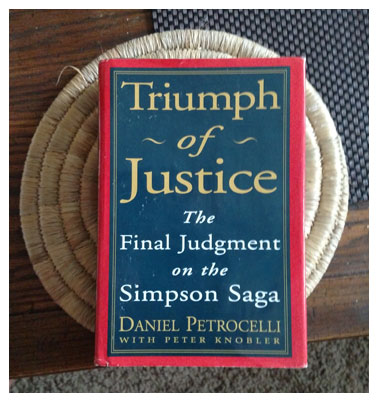 I’m a sucker for in-depth looks at anything, and Triumph of Justice offers just that – it discusses every aspect of the OJ Simpson civil (not criminal) trial, from why Daniel Petrocelli was hired as prosecutor to how jurors are vetted to the LAPD conspiracy to what it’s like to be in the crush of a media stampede. The family of Ron Goldman wanted some authority to determine Simpson was guilty, which is why they sued him in civil court, even knowing that if convicted he wouldn’t serve any time. It was incredibly complicated, polarizing, painful, and difficult case for countless reasons, and this fascinating book gives readers an inside look into part 2 of the “trial of the century.”

I’d been looking for a comprehensive overview of the history, biology, and psychology of cats, and The Tribe of the Tiger comes close. The book offers insight into little understood aspects of cat (and large cat) behavior and thoroughly squashes the misconception that cats are aloof or selfish. It’s written in a friendly tone that sometimes relies too heavily on anecdotal evidence, but that also make it charming. A cat by your side would make it even better! The last half of the book deals primarily with lions and tigers, so if anyone can recommend me something that deals exclusively with felis catus I’d appreciate it (not that big cats aren’t interesting cause they are!)! 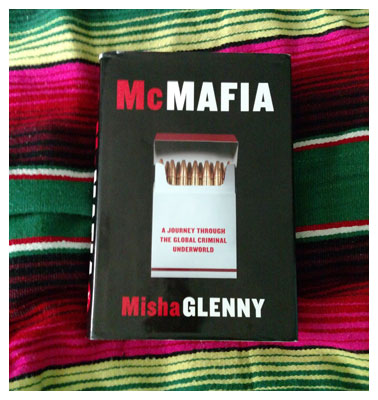 McMafia offers a startling look at the rise of organized crime, specifically in relation to the fall of the USSR and the rise of globalization. I was expecting a lot of lurid crime tales but in many ways this is much more chilling, explaining as it does the deeply ingrained relationship between the licit and illicit economies of practically every part of the world, like the Yakuza’s critical roll in Japanese property development. The book outlines the flow of drugs, weapons, and humans around the globe, and one of the parts I found most fascinating was the rise of the nouveau riche after the Soviet Union collapsed. The overnight transition to capitalism left countries to figure everything out for themselves, and the criminal empires and protection rackets that arose weren’t even necessarily illegal – they were alegal, the result of people making their way in a system whose rules hadn’t even been defined yet. The ingenuity of criminal enterprise is of course incredible but the material lust that drives these buyer’s and seller’s markets is a distressing and a seemingly inescapable part of the human condition, to say nothing of the corruption and profiteering exhibited by the official institutions that we trust to keep the world going. It’s not always a pleasant read, but it is reality.

Ordeal by Hunger chronicles the infamous trials of the 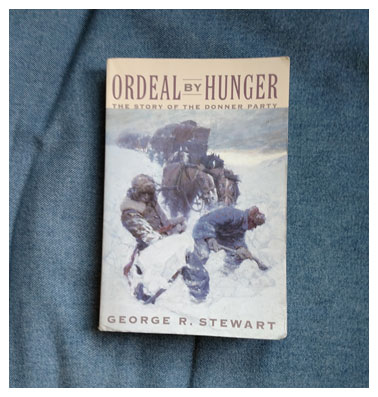 Donner Party, an ill-fated wagon train traveling from Illinois to California in 1846. They were trapped in the Sierra Nevada mountains for months, and this gave rise to the grim necessities of survival the excursion is known for. However, there is so much more to the story than cannibalism – the initial fun of the trip, the majesty of the country, the mix of people traveling, and the incredible, backbreaking labor that such journeys necessitated are all incredible to read about. To be fair, the horror of the scene that awaited rescuers is unparalleled but the heroism and resolve of the Party should certainly be noted as well. The copy I have is the 1960 version of what the author describes as a “classic” text, and it includes an afterward, diaries, and a remarkable letter from a ten year-old survivor to her cousin months after the affair. 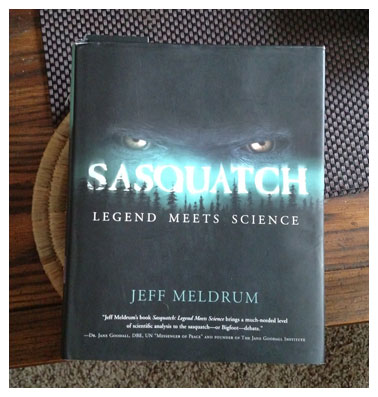 I mentioned earlier that I really appreciate comprehensive overviews of anything and Sasquatch: Legend Meets Science is an exhaustive scientific look at Sasquatch and what truths may be behind its purported existence. Footprints, gait, odors, behaviors, likely misidentifications, and many other aspects are all thoroughly analyzed, sometimes to an almost tedious (though fascinating) anatomical degree. I think it’s important that studies like this are done, especially when it makes a logical case – through analysis of evidence and not relying on preconceived notions – for something I really hope exists! I believe this is a companion piece to a documentary of the same name. 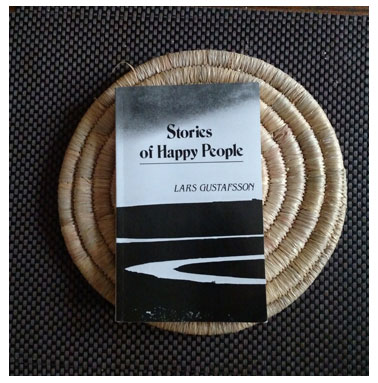 I admit I’m not a big fan of short stories, but the austerity of Swedish prose drew me in. (I’m not too familiar with a lot of Swedish writers but I’m a huge, huge fan of the Martin Beck detective series, where this quality is readily on display.) Many of the stories in Stories of Happy People possess that sense of sententious profundity that turns me off of short stories in the first place, but some of them are very beautiful for the same reason. I particularly liked “Uncle Sven and the Cultural Revolution” & “A Water Story.” The book is a meditation on happiness in the many forms it can take, which also includes stark unhappiness. I can’t say I’ll seek out another story collection, but I am interested in checking out one of Gustafsson’s novels. 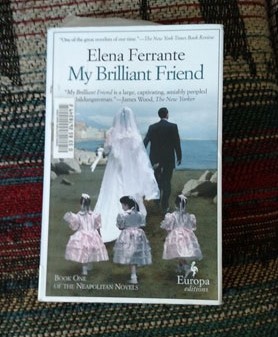 Elena Ferrante’s My Brilliant Friend is book one of a subtle, jarring, beautiful, and difficult series that chronicles the friendship of Elena and Lena as they grow up together in a working-class neighborhood in 1950s Naples. The events of the novel play out as straightforward as do the events of life – their progression can be charted linearly, no matter the emotional and spiritual complications behind them, because life is unstoppable. The book’s complexity lies in its simultaneously delicate and unflinching exploration of their reactions to outwardly simple events. A person is just as easily held hostage to the petty jealousies of adolescence as she is to her seemingly inescapable station in life. The tragic beauty of the novel is in the way it which it explores how Lila and Elena use each other to grow up. Their relationship is tumultuous because the person you’re closest to can also seem like the person you’re furthest from. (The fact that Ferrante is a pen name and that the author’s real identity is essentially unknown makes the lessons in the book seem all the more universal but also much more personal, and haunting in both respects.)

I am both in awe of this book and a little annoyed for similar reasons. All of the right reviewers have said amazing things about Ferrante’s series, and I stand by their accolades, but I am put off by the way in which their reviews reinforce the scholarly parameters of what constitutes a good novel. While the events of this novel are obviously specific to a certain place and time, the themes and struggles are universal – so why is yet another exploration of the human condition applauded when everyone everywhere experiences similar emotions every day? Why is genre fiction laughable to lovers of serious fiction when serious fiction merely elucidates what are inevitable realizations and occurrences in a reader’s own, real life? Maybe I am anxious about the apparently unresolved confusions of my own adolescence, and am prodded to reflect on that time at length (and what it indelibly taught me about life) when reading My Brilliant Friend. I suppose readers can understand their lives better after considering the insights put forth by a great Novel, but why does this also mean that other approaches the novel are taken less seriously, or that the author of a Great Novel is taken to be somehow more authoritative than the average person experiencing the same things the author writes about?

Either way, it’s a petty complaint and I am well into the second book, The Story of a New Name, and am very much looking forward to the rest of the series. I haven’t been reading a lot of novels lately, and certainly none of this persuasion, but I’m very glad to do so. 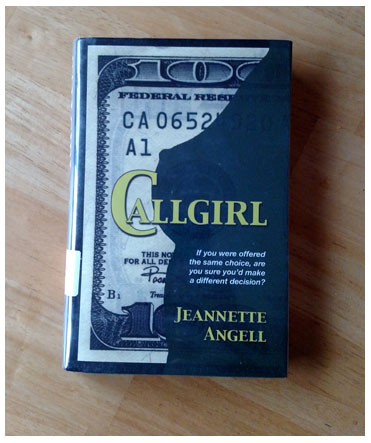 After already low on funds due to student debt and then finding that her bank account has been wiped out by a slimy ex-boyfriend, writer Jeanette Angell begins to take more seriously the idea of working as a $200-an-hour escort. And she ultimately does, for three years. Callgirl is an account of her time simultaneously working as an escort in Boston and a college professor teaching classes on, among other things, the history of prostitution. I am a little ambivalent about this book, not because of the subject matter but because of the uneven way in which it is presented. The book is written in an informal prose that seems stilted in its casual affectations. The organization is a little off as well, but that seems to be a fault on the publisher’s behalf, as it seems a bit rushed and shoddily put together. But I also really like the book because it is an extensive overview of something most people know nothing about, though I was hoping for even more information, or at least that what she presents would be further expanded upon. But the book is extremely frank in its exploration of her experiences, and Angell makes no apologies about how much she enjoyed some aspects of the job and how quickly (and readily) the self-destructive elements became part of her daily routine. She talks about the emotional ramifications (or lack thereof) of sex being a financial transactions, the logistical difficulties of balancing her professional and “secret” lives, and a lot about the nitty-gritty of the profession, such as how an escort service is set up (and how the one she used was different from others) and her experiences with odd clients. She stresses that she entered the profession willingly and was always in full control of her experiences – a luxury that most sex workers certainly don’t have – but this does not negate the horrible sexism that permeates every aspect of society: the desire for control, dehumanizing attitudes, the ever-present sense of male entitlement. It’s an intense, informative, stressful, and empowering book – Angell approaches the topic with immense compassion, honesty, and an awesome faith in herself.

If anyone cares, more mini-reviews will be posted soon. Please get in touch with any recommendations or comments, because if I’m not reading, I like to talk about what I read!