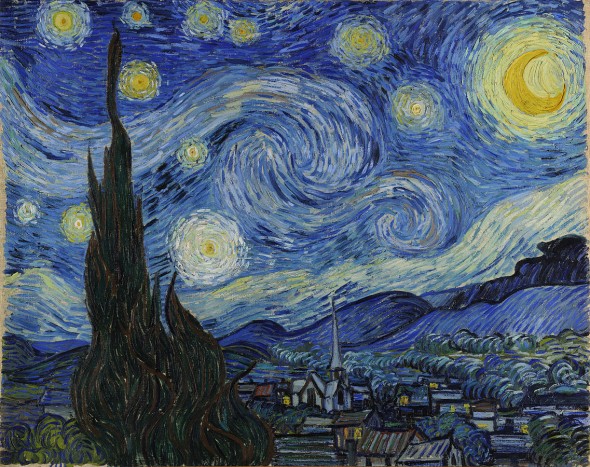 Venus and Jupiter were exceptionally near and bright in the sky yesterday morning, and the moon hung her “silver horn” in the low branches of our neighbor’s maple. Mars was somewhere out there, too, fainter, higher up. We’d have to try to spot its “star” another morning.

I’m always a little late to major celestial events (or looking in the wrong direction). I learn about them later, on the Internet, and realize I missed something wonderful that last happened in 1901, or 1001, and won’t happen again until I myself am stardust.

What is it about space and death? Our human lives are so small, so brief. We’re mayflies born to live one day, or one second, or not even one, in cosmic time. A quick look at a clear sky confirms this. Space reveals the utter insignificance of us, and offers something much better than significance in return: membership.

Membership in the cosmos, the everything. Not bad for a few billion puny somethings on a slippery little rock three stone-skips from a star. (One of an estimated 100 octillion stars in the universe, I might add. Which sounds like a dance — octillion — as indeed the whole thing is.)

There’s a remedy for every “damp, drizzly November” of the soul, as Melville’s Ishmael knew. His was the ocean; mine, I’ve just lately realized, might be the stars. Does it seem strange to console oneself with thoughts of one’s magnificent inconsequence? I don’t think so, no. Call it moving the frame. The human frame is full of perplexity, always. The cosmic frame shows how that perplexity churns for only a very little while, then gets reabsorbed into the great, eternal churn — the spin and whirl and hurtle of a universe that is not “in motion,” but is motion.

Knowing that everything moves helps, well, keep things moving. Ishmael went to sea for just this reason, and his ocean, vast as it seems, is only a model, a toy ocean, afloat in the shoreless ocean of space and time.

Writers are petty people, I fear, quibbling over this comma, that word choice. At times, it feels like worlds of meaning hinge on (dangle from?) the placement of a clause. And in one frame, they do. Artistic integrity, no small thing, is tied to just this fret and care. I wouldn’t want to abandon it. But maybe, instead, there’s a way to stay in the writer’s mud and scuffle, and also remember the stars. The mud is my element, I guess, and the stars — why, they’re more elemental than that. They’re what I am.

And how about astronomers? I imagine them as being the earth’s least petty people, maybe second only to Tibetan Buddhist monks. I’m not sure I’ve ever met one, an actual professional stargazer, but I’d like to. I’m no theoretical physicist, but then again — we’re all theoretical physicists when we speak of the mysteries of the universe. If you’ve ever talked to a child about space, you know what I mean. The child happily digests “goes on forever,” then bounces back the bright query, “Until it ends, right?”

But that’s just how it is with the cosmos. In a loose sense (leaving all the higher math out of it — can you do that? I’m here to tell you, you can) everything and its opposite is true about the universe. Everything we want to imagine about space, we can, and someone — a real theoretical physicist — has probably already worked out the equations for it. String theory? Multi-verses? Time travel? Dark matter? Wormholes? There’s an app, I mean a math, for that!

Please understand: moving the frame from the personal to the cosmic does not shame or shun the human. Paradoxically, and powerfully, it brings me right back there (to the mud and scuffle). The point of shifting to a “higher plane” is not to live in that impossible realm, but to find a way to shed the awful overcoat of over-consequence that, ironically, can wrap me in inaction, irresponsibility … despair.

When you know that your life lasts for not even one hot minute, what is there to do but roll up your sleeves and dig for the stars?