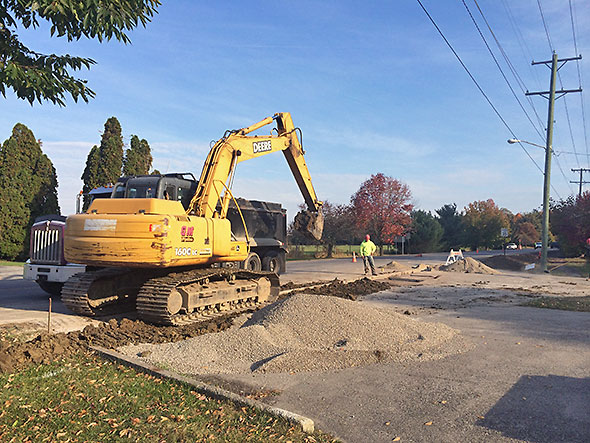 BLOG-Ease On Down The Road

The time was 7:35pm on Thursday when I realized that I wanted to watch The Wiz. I had listened to the buzz build over the radio in the two days before the live broadcast, but I hadn’t invested much thought in watching myself. Then a wave of nostalgia rolled over me. 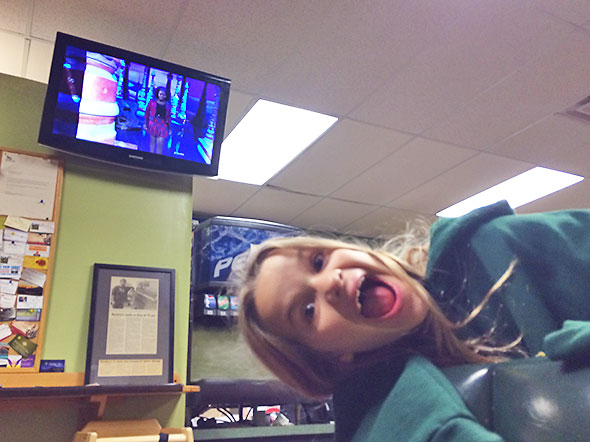 A televised airing of the Wizard of Oz had always been a special treat when I was young. Our parents had us observe a strict 8pm bedtime but, for the Wizard of Oz, we were allowed to stay up as long as we could manage. At first I couldn’t manage long at all. I’d listen to Dorothy sing Somewhere Over The Rainbow and then bolt from the room as the Kansas Tornado hit and windows started flying off their hinges. I was on my second or third viewing before I made it to the Land of Oz. Once Dorothy opened the door wide to reveal the technicolor world beyond, I was hooked. The power of that first reveal into the immensely fun Munchkinland gave me the courage to venture on…at least until Dorothy and her two new friends spooked themselves silly in the deep forest with the mantra “Lions and Tigers and Bears!” Oh, my! 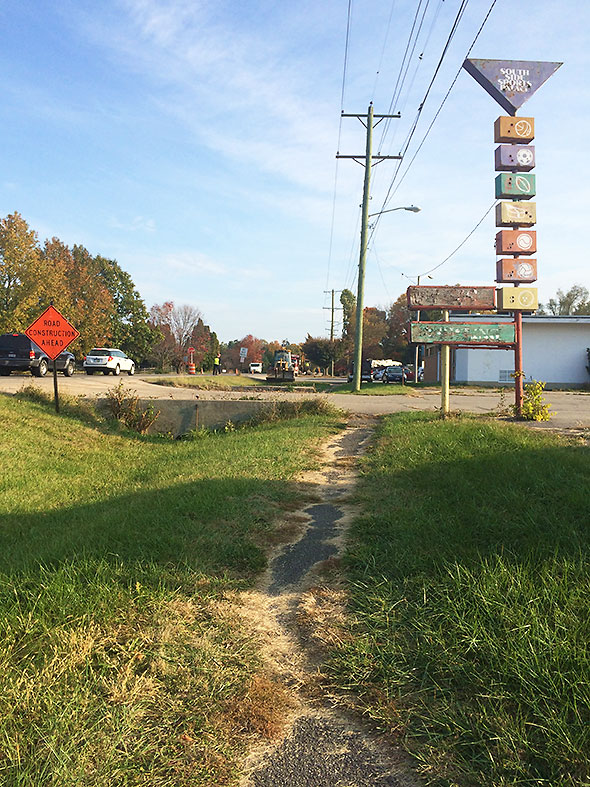 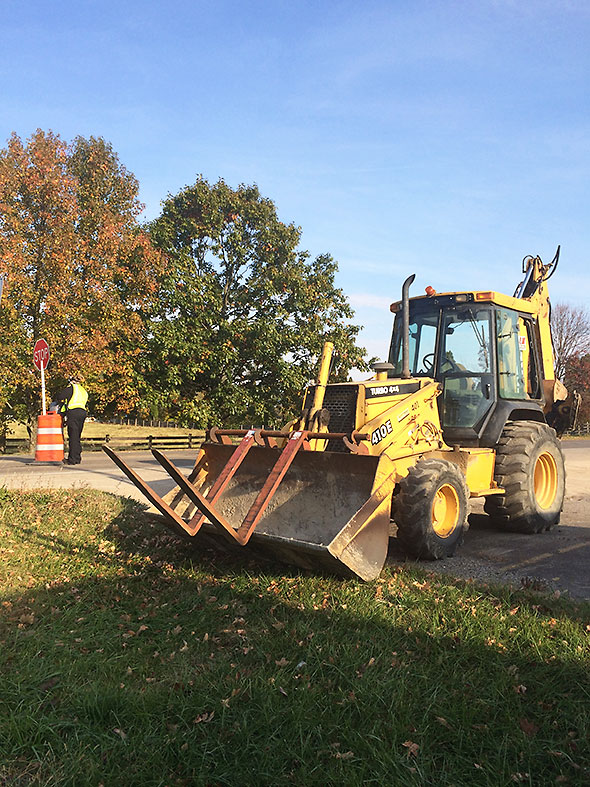 Eventually I made it through the entire production. Still, there is something about that children’s tale that makes my heart do backflips. When the occasion to see The Wiz presented itself this week, I nearly doped slapped myself for failing to plan ahead. We don’t have a television at home, so I posted a call for help. Expecting a tease or three before a invite, I was pleasantly surprised when a dear friend answered back “come on over” within the half hour. My daughter and I grabbed a pizza, hopped into the car, and joined our friend for an impromptu viewing party just as Dorothy found her yellow brick road. 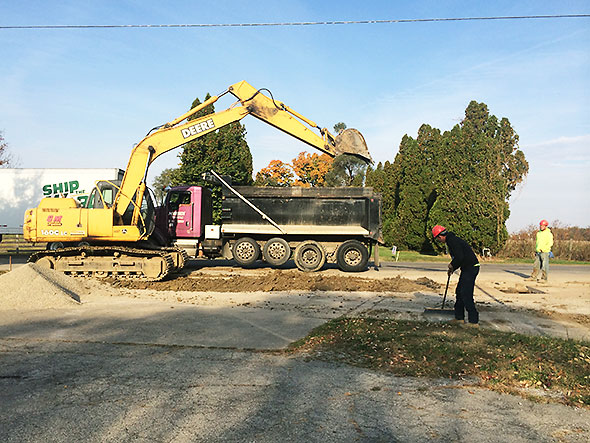 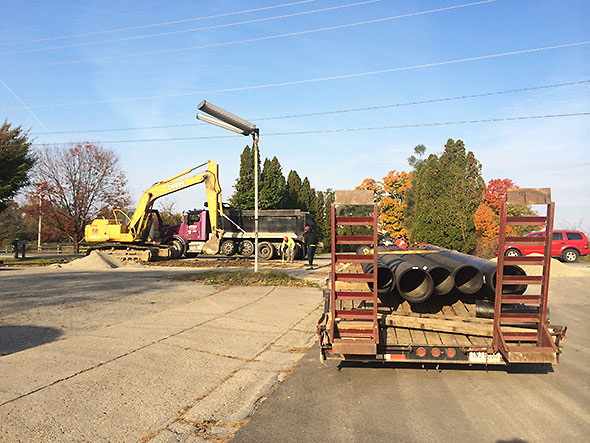 My daughter had never experienced The Wiz before. She’s seen the original Wizard of Oz on the big screen at the Victoria Theatre and knows its iconic themes by heart. She came to the viewing party singing “Follow the Yellow Brick Road” while I countering with The Wiz’s “Ease On Down the Road”. 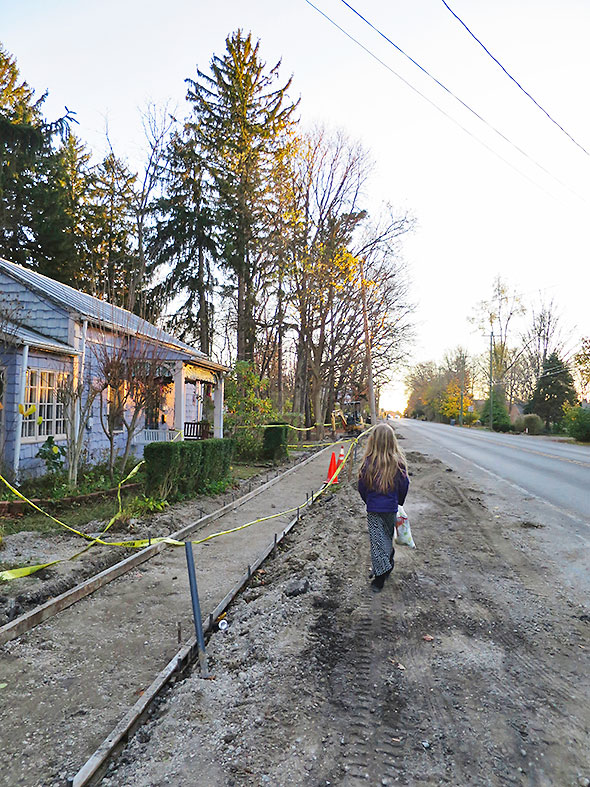 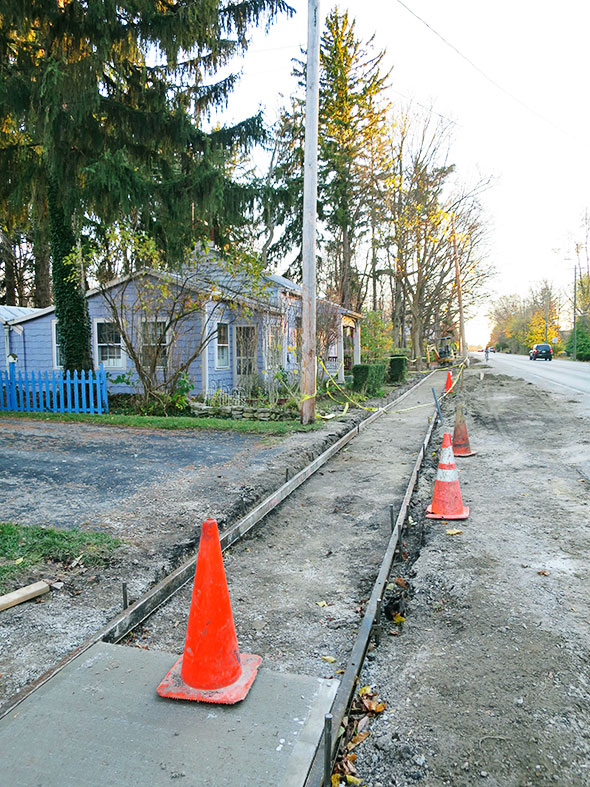 If I thought my daughter would cry uncle as the musical turned dark, I was proven wrong. She found The Wiz smarter and thankfully less scary than its predecessor. Besides, she knows L. Frank Baum’s story too well to be anxious over Dorothy’s fate. My girl only crawled into my lap out of sleepiness as the cast (and I) began to sing Can’t You Feel A Brand New Day. 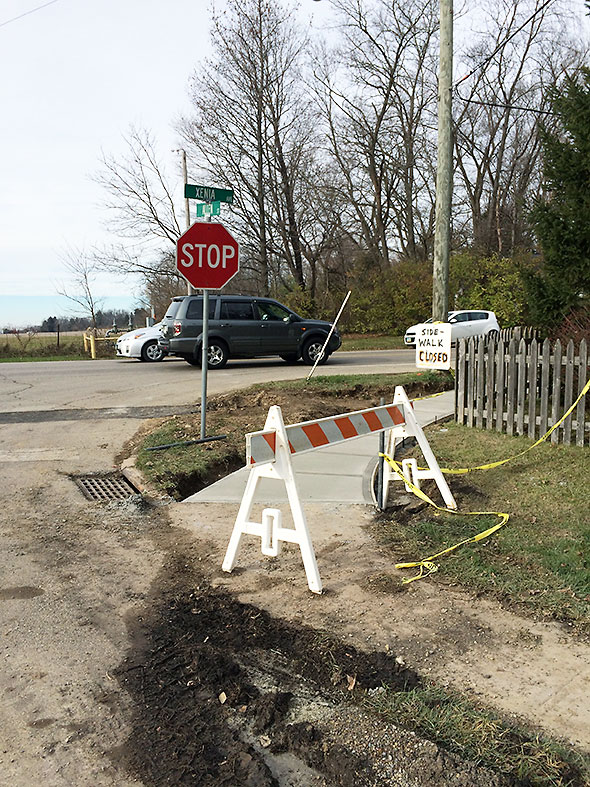 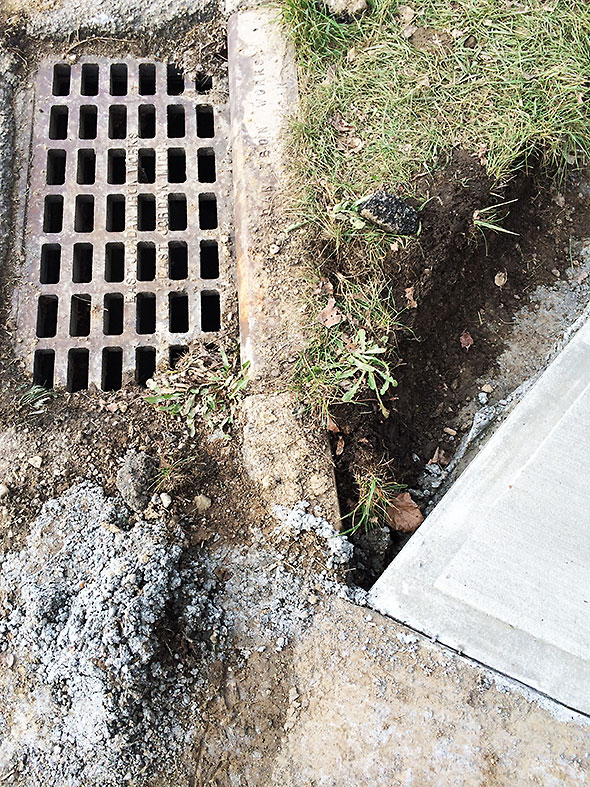 As we drove home that night, we passed the massive yellow construction vehicles parked along Xenia Avenue. For about two months now, our main walkway into town—towards Gaunt Park, the library, the Corner Cone—has been undergoing a major transformation. The old asphalt bike path that ran from Herman Street past Allen Road was tore up in mid October so that a new water main could be installed. The construction vehicles have carved out a deep but narrow ditch along the east side of the road installing water pipes and conduit. Though the installation is disruptive to sidewalk commuters on the south side of Yellow Springs, we’ve followed the construction project with much anticipation. 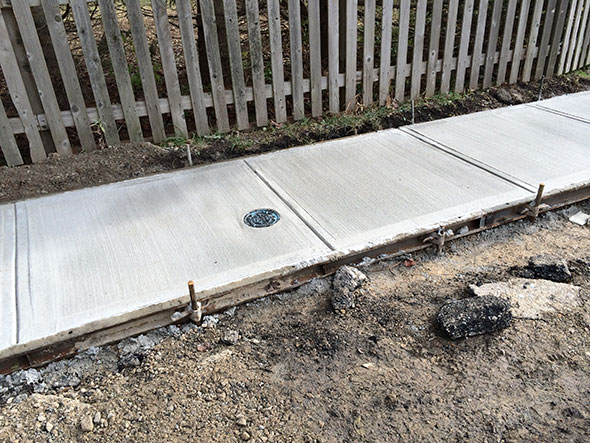 The reason for the uptick in our interest is that, once the replacement water lines were laid, the work crews transitioned to setting forms for sidewalks. My daughter and I have been over the moon about this development. For years, we’ve been using the old bike path in transit from the homestead to destinations downtown. With concern, we’ve watched the path slip into decline. We held no reasonable hope for immediate remedy given all the village’s other pressing priorities. The sudden turn of our fortune was as unexpected as Dorothy’s wrangling with wicked witches and much more welcome. 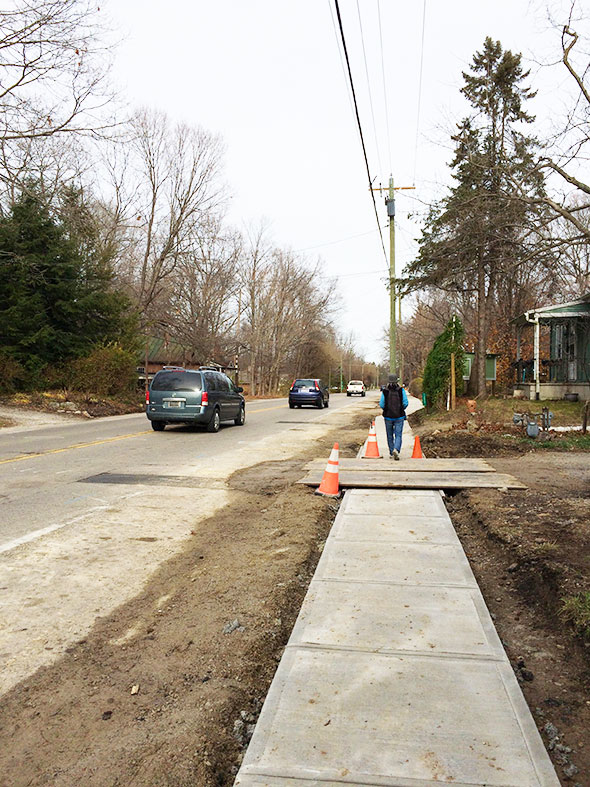 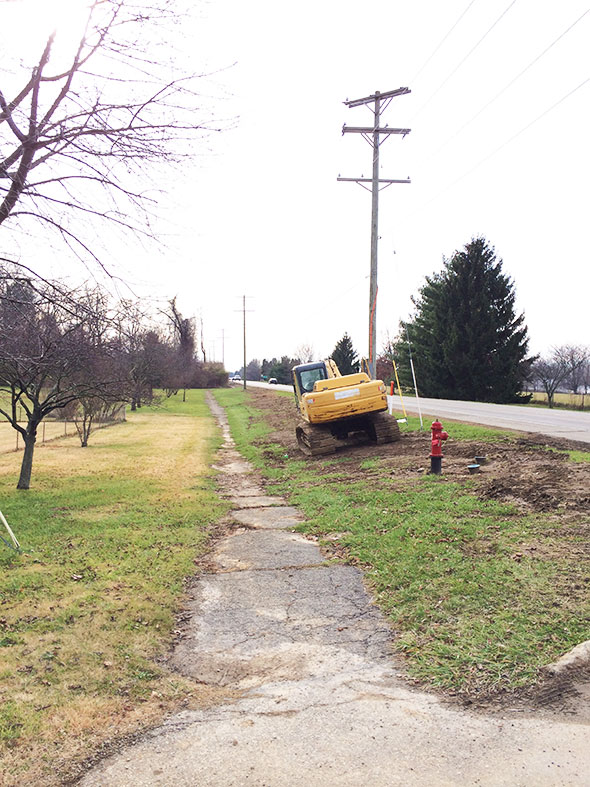 Starting at Herman and moving south, the sidewalk now turns the corner to meet up with the north side sidewalk of Allen. Across the street to the south, the fate of the next two blocks from Allen Street to the Kahoe Lane remains uncertain—construction vehicles do seem poised for further action—but that is a matter for another day. We are happy for present progress and, as pristine concrete replaces worn asphalt, we will soon be singing our newfound anthem and easing our way down Xenia Avenue.