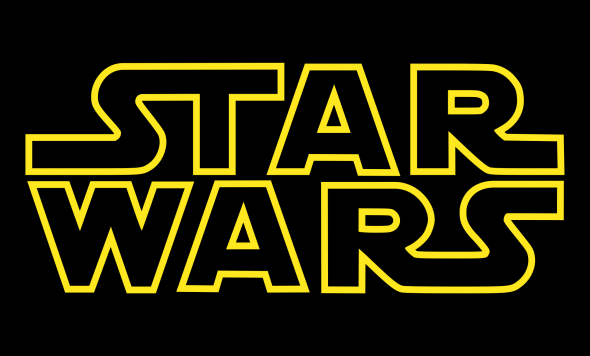 Star Wars, Nothing but Star Wars – a YS News perspective on Ep. VII 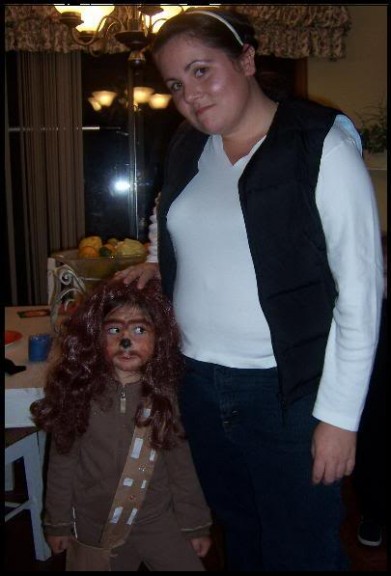 Spoiler alert! Critical information discussed ahead, though you probably should’ve seen it by now if you care enough to be bothered by spoilers.

Like many people, I can’t remember a time when I didn’t know that Darth Vader is Luke Skywalker’s dad. By the time I was born in 1984, all three of the original “Star Wars” films had been released, and so even though my parents weren’t big fans of the series, the films were already such a part of the pop-cultural fabric of the society in which I was being raised that I couldn’t help but absorb a lot of it. That being said, I didn’t really see the “Star Wars” films until 1997, when the “special editions” were released for the 20th anniversary of the first film. That year, I saw the trilogy half a dozen times at the dollar theater in our local mall, and for Christmas, I received the special edition box set on VHS (which I still have.) That summer, I saved up all my spare change and did a few odd jobs to buy a piggy bank with C-3PO and R2-D2 on it (which I also still have). I used to beg my dad to take me to Taco Bell for a kids meal, despite my being in middle school, because the toys were “Star Wars”-themed. (You guessed it: I still have these, too.) For the first time in my life, I was a super fan, part of the “Star Wars” industrial complex’s target audience.

Except, I wasn’t, not really, because I was a girl. Though I loved the movies, and still do, I could never totally bury my disappointment that the only woman in these movies (with more than one line, that is), Leia Organa, wasn’t given a whole lot to do. When I found out that she and Luke Skywalker were brother and sister (something I had managed not to find out before I saw the movies), I remember hoping that meant she would be a Jedi. “You have that power, too,” Luke tells her. I remember hoping that, just once in “Return of the Jedi,” I’d see a light saber in her hand.

I went to see “The Force Awakens” twice last weekend. I had to see it twice in short order: once to sort out all the emotions of a new “Star Wars” movie, and once to consider whether or not it was actually any good.

I think it is.

That’s not to say that I don’t have any criticisms: I liked the film’s main villain, Kylo Ren, as the tantrum-throwing manchild that his grandfather was before him. And frankly, with parents like Han and Leia, whose relationship was built on sarcastic barbs and withering glances, Kylo Ren (né Ben) probably learned at an early age that the best way to get attention is to destroy something. But I really couldn’t have cared less about the family drama that seems injected into this film simply because there was family drama in all the “Star Wars” movies that came before. I literally just found out that Han Solo is your dad; I don’t care how mad you are at him. But I do know what happens when two “Star Wars” characters hang out over a giant, bottomless chute. 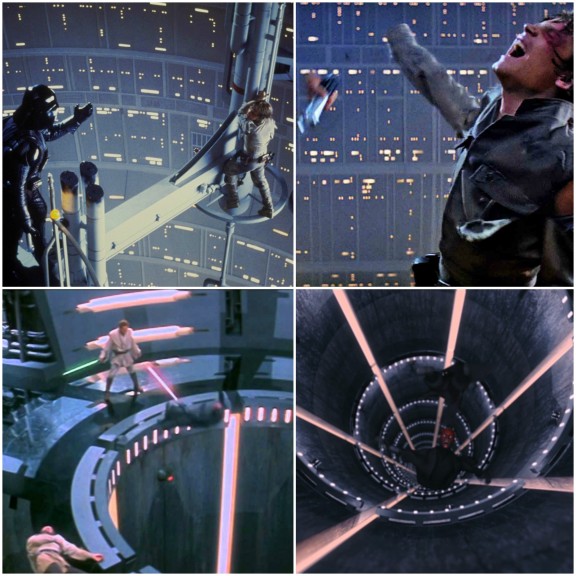 Nothin’ good, I’ll tell you that.

I also didn’t much care about the three whole planets of people who were murdered by the bigger, badder Death Star-esque Starkiller Base, but that’s only because nobody else in the movie cared much about it, either.

I did care about Finn, a storm trooper with a conscience who is, at turns, pitiful, hilarious, brave and dreamy.

But most of my attention and devotion were reserved for Rey, the young protagonist whom we first see on the desert planet Jakku, where she is literally living in the detritus of the events of the original trilogy of films: she earns her bread scavenging parts from crashed Imperial Star Destroyers and her home is in the belly of a defunct AT-AT Walker. Like a child, she licks her plate and dumps sand out of a broken helmet from a fallen Rebel pilot, placing it on her head and daydreaming. As a mom, my heart ached for this orphaned young woman, whose loneliness onscreen is palpable. But as a “Star Wars” fan, I was feeling the first stirrings of hope: is this it? Is she The One?

By the film’s end, I was openly weeping. Not because one of my favorite characters from the original trilogy had just “gone down the chute,” as it were, though that was, of course, very sad. I was crying because the image of Rey  holding the light saber for the first time, turning it on with such confidence and purpose, and then summarily kicking ass, was the end of nearly 20 years of longing for me. Sitting alone in the second row on Saturday morning, I was a 13-year-old girl again, and my dream had just come true.

But, then again, some things never change; Leia still isn’t a Jedi in this one, even with all the Force-being-strong-with-her talk that went on in “Return of the Jedi.” Maybe the next film or two will change that. In the mean time, maybe I can get some action figures and make-believe that Leia and Rey fight the evil First Order side by side as mentor and apprentice.

And if one feature about Star Wars Episode VII (or was it Episode IV, part II?) isn’t enough, here’s another!

Seeing the Star Wars logo burst anew onto the big screen is an event whose splendor is unparalleled in cinematic history. The John Williams score, the opening crawl, the appearance of an ominous ship – what a fantastic thing to spend a year waiting for.

A new movie with classic characters is a great idea, but it is also a hard thing to get right. There is no way the film can match the grandeur of what a superfan is expecting. Star Wars fans have had the further adventures of Han and Luke and Leia in their heads for at least 32 years. The Force Awakens may be a good movie, but it isn’t as good as it should be.

The movie suffers from two primary deficiencies: it so heavily repeats things that have already happened in other Star Wars movies that the repetition seems like a weird mistake, and it employs a filmmaking technique that confuses flashiness for the charm of the originals.

First, the repetition: the story begins with a squadron of stormtroopers attacking rebels, and a bad guy in mask and cape strides from his ship among smoke and bodies. Good guys put an important message into a cute droid, who goes into the desert in search of his master, to whom he’ll show the message. Sound familiar? This is only the beginning of recycled plot points: the hero lives a boring existence on a desert planet, the hero discovers the Force and that she is in possession of it, the hero is given a lightsaber that once belonged to an old Jedi, the villain speaks to a hologram of a mysterious master, the bad guys have a planet-destroying weapon that somehow has a glaringly obvious and fatal mechanical flaw, an apprentice Jedi is seduced by the Dark Side and turns on his master, which results in a fraught father-son relationship, an informer at a galactic bar snitches on the heroes and draws the presence of bad guy troops…

At first I felt bad for the people involved with making the film because I genuinely thought they hadn’t noticed. Aside from a story involving an actual parallel universe, there is no reason why this many similarities need – or could – actually take place. The movie is a let-down because it blows an enormously cool opportunity. Here you have a universe that is uniquely vast in its imagination, but instead of new ideas, both the action and the themes are totally repeated. The temptation of power, the conflict between father and son, the strength that comes with believing in oneself – are these themes really so profound that they must be expounded upon again and again, at the expense of something a little more original?

But the the film keeps genuinely funny lines and a lot of great OG trilogy references coming. The movie heavily involves Han and Chewie, and they are amazing older versions of themselves. Seeing the X-Wings zoom across water is magical, and reminded me of the scenarios that played out in my head when I ran around the yard with my Star Wars toys as a kid. The new leads are likeable and have good chemistry, and the acting is decent this time around. These are all good things about the movie, and there are many more too. But full-scale enjoyment is hampered by the notion that everything must involve a chase to be interesting,.

Gripe #2 is the breathless pace of the movie. I understand that the original Star Wars (along with Jaws) basically created the summer blockbuster movie. The difference is that the original Star Wars and Jaws counterbalance whizzbangery and tension with quiet scenes that lead up to it; the original trilogy is charming because it allows the viewer time to inhabit the worlds. The lushness of a labyrinthine Endor, the griminess of a gangster slug’s lair – viewers feel like they are there because the movie lingers in each exotic locale. There are too many action scenes in the Force Awakens to establish this relationship, too many narrow escapes, too much running, and far too few aliens. At its flimsiest, it’s a generic modern action flick that happens to employ Star Wars characters.

Overall, though, The Force Awakens is entertaining, it looks good, and its heroine lives in a wrecked AT-AT. It’s so much fun to see Han and Leia and Luke and Chewie in a new context, and for this, I applaud the new movie. Maybe it cannot equal to the one in a fan’s imagination, but it is still so exciting that you might as well give yourself to enjoying it. The Force Awakens supposedly kicks off at least six more Star Wars movies. I can get behind that, because it’s fun to look forward to: each new entry, with those suspended seconds between “A long time ago” and the burst of John Williams fanfare, kicks off another few hours we get to spend in that incredible universe.