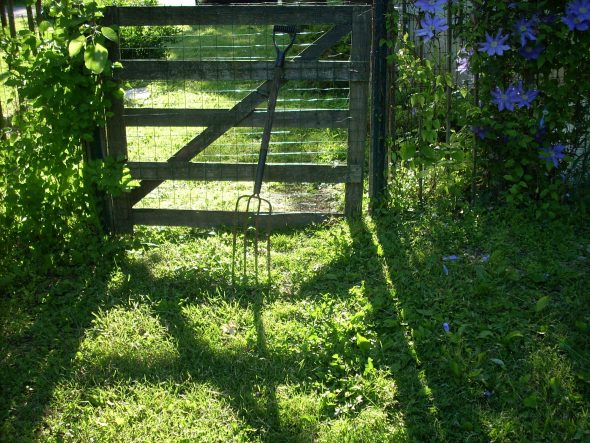 Our house is a very, very fine house with two cats in the yard,
life used to be so hard …

Someday, maybe in 25 years, and only if and after we decide to leave, the house my husband and I bought this winter will be ours. At that far-off point, people in Yellow Springs will know it as ours, and refer to it that way, and whoever moves in next will be stuck living in our house.

Until then, we’re living in the last owner’s house. (“You’re living in the past, man.” “Um, yes, actually, we are.”) An outsider might confuse us with long-term house sitters, but most Yellow Springers know just what we mean when we say, “We live in Amy’s house.” Here, ownership lags a generation. At the moment the house on N. High became legally ours, it became more fully hers than it ever was.

Like a lifetime achievement award or some other prize of great distinction, Yellow Springs bestows the moniker of home ownership at the end of a person’s career, not at its beginning or mid-point. And why not? A person doesn’t own a thing just because a piece of paper says she does. Ownership is an act of living, daily renewed. The time my husband spent this weekend ripping out poison ivy, the time I spent weeding the hostas (and finding a snake skin among the weeds) is a tiny fraction of the aptly named “sweat equity” that’s required to make the home ours. Yellow Springs’ naming custom recognizes that, and I suppose it’s possible we could fail at this task — fail to carry out the acts of care that earn us ownership, both rhetorically and in reality.

Marx reviled ownership (at least, I think he did — some day I’ll read “Das Kapital” and find out). The narrow, technical sense of ownership is rather flimsy, if you consider it closely. Trump may own towers all over New York, but what does he own, really? Nothing that makes New York New York, a place of history and soul. My husband and I own a rectangle of grass and weeds bordered by three different varieties of fence. We own a walnut tree that is, even considering the lateness of walnuts, exceptionally slow to leaf out. (“It’s slow, but it’s ours!” my husband said with characteristic loyalty.) We own four redbud trees and the sprouts (oh sweet sweat equity!) of many dozens more. Our ownership only means that we’re invited to take care of these things — and in this act, receive their care.

I struggle with this. In relation to my physical surroundings, I have a long history of preferring benign neglect. Sometimes that neglect grows malignant. But even if it doesn’t — even if my minimal efforts keep chaos from the garden, from the front door — it’s hard to see what I really gain by substituting occasional triage with actual, ongoing care. A little more time to write, to sit dreamily on the couch? To worry and fret? Maybe. But it’s easy to see what I lose.

“Chop wood, carry water,” is one Zen master’s “before and after” view of enlightenment. These tasks are simple, and not. Submitting to them is simple, and not. Chopping wood and carrying water (mowing the lawn and loading the dishwasher) are the activities of life, meaning they are life. They are how life gets lived. Chopping wood and carrying water (sweeping the porch and taking out the trash) are not just chores a person performs; they are chores through which a person is transformed. At least, that’s one way to interpret the Zen master’s phrase. There’s no special route to enlightenment (to living). Only the ordinary acts of living, which make life ours — flowing into our possession through our daily participation.

I read recently that Trump actually owns very little of New York, despite the many buildings that glitter with his name. They’re not his, even in the narrow legal sense. How perfect. For what does a tycoon own in the end, but the image of himself as owner? All the real stuff of life resists easy ownership. It’s sweat equity, not the other kind, that ultimately pays.

Last December, after closing, Amy handed us the keys. On some future day, we’ll surrender them to the next owner.

“Congratulations, the house is ours,” we’ll say. And, if we’ve done things right, if our increments of care have earned us the right, the house — this very, very fine house — finally will be.