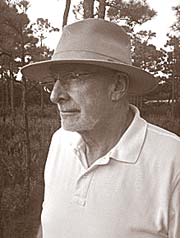 Clark Pierson Turner, 83, of Tallahassee, Fla., passed away suddenly after a brief illness on June 4, 2016.

Clark was born Feb. 12, 1933, in New York City, the son of late Katherine Pierson Turner and H. Haines Turner. He died in Tallahassee, where he and his wife Kathleen had made their home since 2006. Clark was the oldest of three siblings and married Kathleen Krumm Turner on Nov. 30, 1974.

Mr. Turner graduated from Antioch College in Yellow Springs in 1956, and earned a master’s degree in city planning from The Ohio State University in Columbus, Ohio, in 1964. Mr. Turner continued his passion for lifelong learning by attending Florida State University until his death, and was proud to carry the title as the oldest student at FSU at the age of 83. Clark appreciated a good debate, his boat, baseball and time with his family.

An acclaimed city planner, Clark began his career at the Ralph Wolpert Company in Dayton, Ohio, followed by positions in the City of Miami and the Dade County planning departments until his retirement. He moved to Tallahassee and worked for Non-Secure Program, Inc., an alcohol treatment program, for several years before his second retirement.

Clark was preceded in death by his brother, James Rigbie Turner, and son, Russell Turner.

Kelly Barber of Bevis Funeral Home is assisting the family with their arrangements.

One Response to “Clark Pierson Turner”