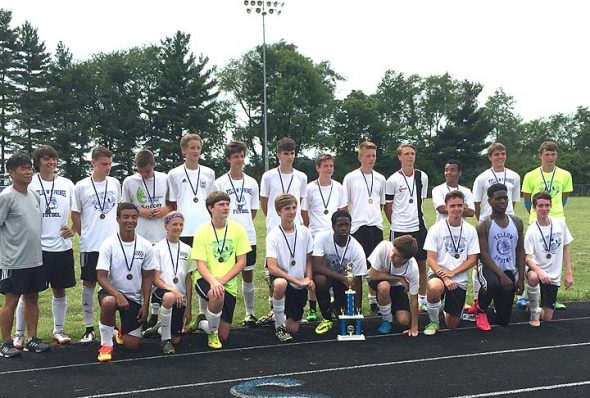 The YSHS boys soccer team were the victors at the third annual YSHS Pre-Season Boys Soccer Tournament. Twenty-six teams from the Toledo, Columbus, Cincinnati and Dayton areas competed in the tournament, which was held July 15–17 at Morgan Fields. This is the second time that the YSHS team, coached by Ben VanAustal, at left, has won the tournament.