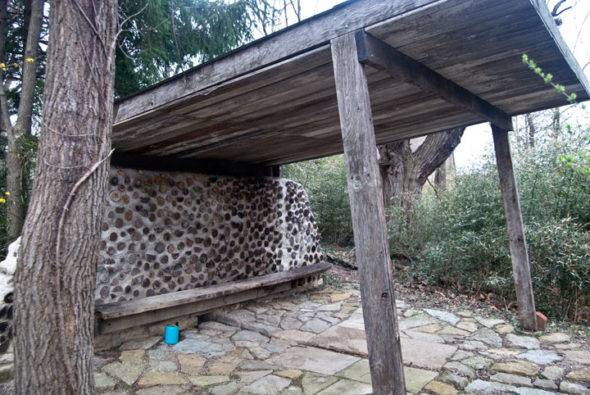 In this edition of Forgotten Springs, we take a look at a place on the Antioch campus whose planned obsolescence reflects a philosophical take on life.

Northwest of the outdoor amphitheater, tucked behind thick bamboo is a small pond and open-air shelter. In its original incarnation, the shelter was a teahouse, the brainchild of Yellow Springs resident and former professor of Japanese Harold Wright, who wanted to establish a place of reflection similar to those he enjoyed during the years he spent in Japan.

Started in the fourteenth century, the tea house tradition is a reflection of the history of tea in Japan, which was introduced from India through China in conjunction with Zen Buddhism, and a desire to tone down the stylized appearance of its buildings, as the “architecture had gotten rather elaborate,” Wright said. The idea was to build a simple structure from natural materials that would disappear over time, representing the reality that “we never know when we’ll fade away from existence.” The tea houses were often accompanied by cherry blossoms, which also represent this fatalistic maxim. “The blossoms are fleeting too,” Wright said. “They’ll disappear with a gust or breeze.” Given it’s deliberately unpolished construction, tea house tradition holds that the host of the house is a “hermit,” Wright explained, who provides visitors with the tea they needed to counteract the soporific effects of so much meditating. 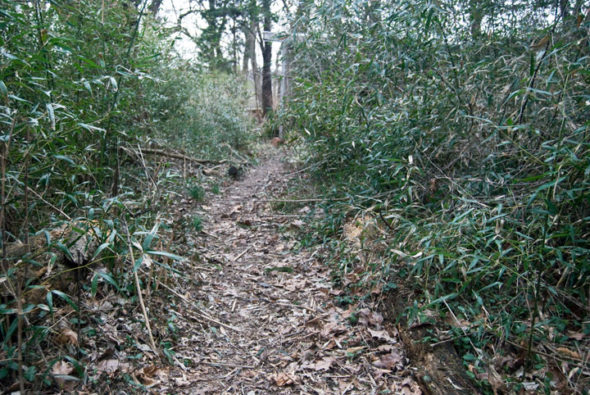 Wright spent a lot of time in Japan thanks to a stint in the Navy, which he joined to avoid getting drafted into the Korean War. He was assigned to a construction battalion in Japan and quickly fell in love with the island nation. In particular, he found himself drawn to Japanese literature, and following the war he took advantage of the GI Bill and went back to college, where he majored in Japanese literature.

Wright learned Japanese as part of his studies. “The Japanese spoken language is pretty easy,” Wright said, with the nonchalance of a seasoned professional who long ago pulled off the near impossible. The language is easy to pronounce and there are hardly any sounds in the language that are difficult for an English speaker to make, he said, but he admits that “reading and writing Japanese was hell.” Japanese has a number of honorific tenses and utilizes thousands of Chinese characters in its written language, for example, but Wright dove undaunted into Japan’s literary tradition and eventually found himself reading poetry as it was written – in Japanese – 1,000 years ago. He returned to Japan many times over the years and was consistently drawn to the tea gardens, where he could read, meditate, and drink tea, which all the while fueled the emotional world behind his own poetry. 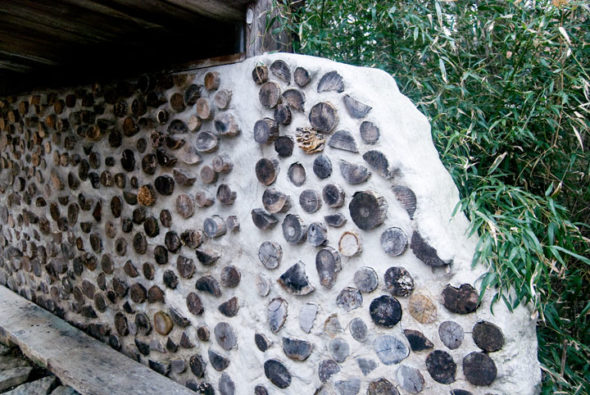 Wright was hired by Antioch as a professor of Japanese after he completed his studies, and he taught in this capacity for 30 years. In 1975, Wright was going to teach a few summer classes at Antioch, which traditionally made for less enthusiastic students. Given that people would generally rather be outside and enjoying the nice weather, Wright thought it would be good to develop an outdoor classroom. He and his students cleared paths, planted gardens, installed a pond and built a teahouse. The structure was set on flat stones and constructed with beams still bearing their bark. Low windows in the teahouse were built to accommodate people’s eye line as they were sitting on the ground inside. The doorway was low to instill a sense of humility upon entering, but humility was also instilled putting the structure together: when the weather destroyed their first roof, they added an Ohio touch by weaving a roof from cornstalks.

Classes were held at the teahouse, and students found themselves taking advantage of the location just to hang out. “Tea is going to be part of the rest of my life,” one student told the Dayton Daily News in June 1976. “The ceremony of drinking tea has had such a strong influence on my life already, I know it will permeate the rest of it.” 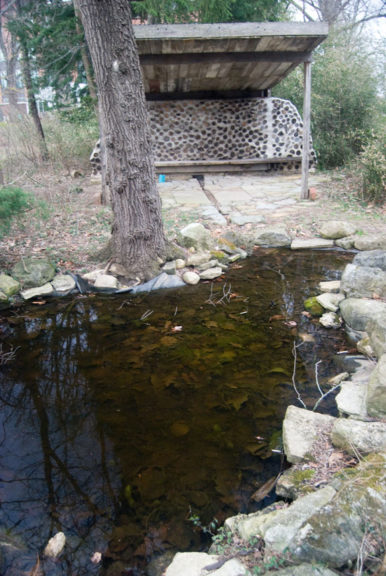 Wright eventually saw the hut follow the intended path of deterioration, though the demolition wasn’t the due to the forces of nature but rather the clumsiness of high school students sneaking cigarettes. The teahouse burned down in 1980, but was rebuilt by Walt Tulecke and his students and served as an outdoor classroom. Eventually, the second structure fell apart and the area was without a teahouse until students and staff of the reopened Antioch rebuilt the pavilion. The current pavilion was likewise built out of natural materials, primarily stacked cord wood with natural mortar. It is much hardier, with beam and a sturdy roof, and likely won’t go anywhere if teenagers smoke in it.

Nowadays, the gardens and paths are overgrown and the pond is only incidentally filled with water, but as spring gets into full bloom, the visitor gets a sense of the solemnity and peacefulness that can be appreciated from the structure. The increasing greenery makes the tea house pleasantly forgotten, both by obscuring its presence from the outside world but more by ensconcing visitors in its domain, where they can be alone with their thoughts. The tea house and its grounds are sometimes idyllic and sometimes desolate, both of which serve the use that Wright had in mind.

“It’s just a cool place to go mellow out and read some poetry,” he said. 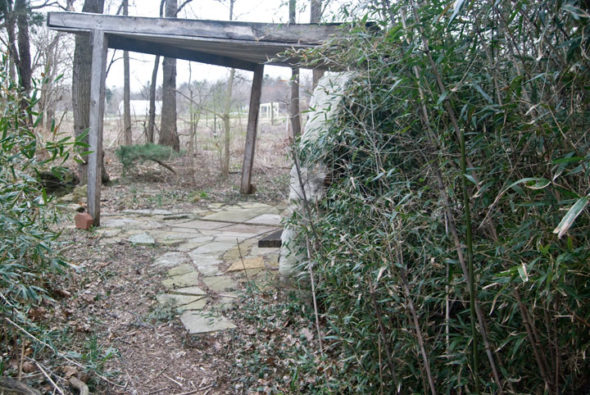 One Response to “Forgotten Springs, vol. 3 – the Japanese teahouses of Yellow Springs”