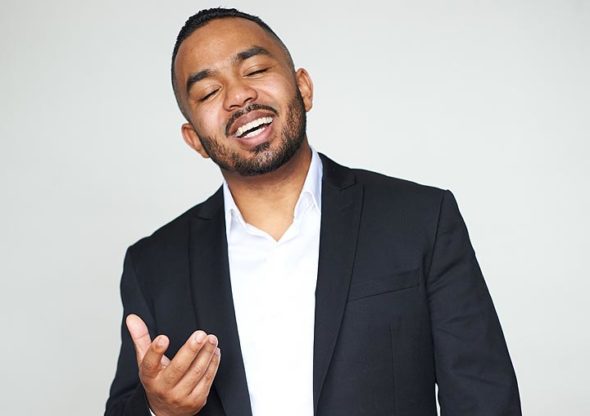 Acclaimed tenor and former Yellow Springs resident Martin Bakari will be coming to the Little Art Theatre on Friday, Sept. 29, for conversation, Q&A, a reception and two short song selections as part of the Little Art’s “Homecoming” series. Tickets are $30, and can be purchased at the Little Art box office. (Submitted photo by Tim Knox)

A singer’s path, at the Little Art

Acclaimed tenor Martin Bakari still calls Yellow Springs home, though he’s lived in New York for the past five years, and Boston for six years before that. The 2005 Yellow Springs High School graduate grew up in the village, and remains rooted here through family and friends in the area, including his mother, father and sister, Maria, Iddi and Zyna, and the memory of his older brother, Umoja Iddi.

Those roots are especially important because Bakari spends about nine months of every year rehearsing and performing on the road.

“When I come back to Yellow Springs, it always feels like home,” he said in a recent interview.

Bakari, 30, is an opera singer, a rising star in a competitive and demanding artistic field. He favors the term “theater artist” to capture the range of what a singer does to physically and emotively embody an operatic role.

“Opera is theatrical, it tells a story,” he said.

A graduate of both the Juilliard School and Boston University, Bakari has performed in over 100 different operas, musicals, oratorios and concerts at venues including Tanglewood Music Center, Kennedy Center, Los Angeles Opera and many more. Next month, he’ll begin rehearsals for the lead role, Tamino, in Mozart’s “The Magic Flute” at Opéra Louisiane in Baton Rouge.

But meanwhile, the singer Opera News calls a “golden tenor” is making a different kind of appearance in Yellow Springs.

On Friday, Sept. 29, Bakari will be featured at the Little Art Theatre in conversation with John Fleming, founder of Yellow Springs Kids Playhouse. The event is part of the Little Art’s new “Homecoming” series, which welcomes back successful Yellow Springers for an evening of conversation and celebration. Young adult author Chris Tebbetts kicked off the series last spring.

The Sept. 29 event opens at 7 p.m. with a reception in the Little Art lobby, catered by Wheat Penny Oven and Bar. In the main portion of the evening, Fleming, an early mentor, will interview Bakari about his life and career, followed by audience questions. Bakari will then sing two short selections from his new album, released by Naxos Records and currently under Grammy consideration.

Tickets are $30, and can be purchased in advance at the Little Art box office.

As it happens, the event falls on the date of the fourth anniversary of the Little Art’s reopening, after its half-million dollar renovation in 2013. Bakari said he’s pleased to “come home” to celebrate the theater and Yellow Springs.

The evening is not a performance, he emphasized, with a smile. He’s performed in Yellow Springs previously, but the Little Art event has a different purpose: to give hometown audiences a chance to hear about the artistic path and growth of one of their own.

“I love the aspect of hearing how people got from here to there,” Little Art Executive Director Jenny Cowperthwaite said.

In Bakari’s case, a few factors stand out. He grew up in a family that sang and played piano together, and he developed his own musical passions at a young age. Still in elementary school, he saw a group of young jazz musicians, Serious Young Musicians, led by Daytonian Tumust Allison, perform at Antioch College.

“I thought, I want to do that,” he recalled.

“That” meant play the trumpet, and he did, playing both trumpet and clarinet in school band from fifth through 12th grades. Former Yellow Springs schools band director Michael Ruddell was a dedicated mentor and key influence, according to Bakari.

Also crucial to his early artistic development was his participation in Yellow Springs Kids Playhouse, or YSKP. That came about quite casually, with founder Fleming encouraging Bakari’s mother to bring her son to audition. Six-year-old Bakari was cast in YSKP’s first-ever show, “Dick Tracy: the Musical,” in 1995, and performed with YSKP for the next six years.

“If there wasn’t a kids theater in town, theater likely wouldn’t have gained my interest,” Bakari said, crediting Fleming with exposing many young villagers to the art form.

At 15, Bakari saw his first opera, Verdi’s “Rigoletto,” at Dayton Opera. Playing in the title role was Lester Lynch, an African-American baritone from Ohio. The experience was riveting.

“I thought, ‘people like me do this,’” Bakari recalled, adding that he has since sung with Lynch.

Yet it was not — quite — a “eureka” moment. Bakari’s future still seemed wide open in high school. He loved sports, especially football and soccer; he performed in high school musicals; he played, with increasing seriousness, the clarinet. He deepened his musical skills at Friends Music Camp, as well as camps at the College of Wooster and Indiana University.

As a high school junior, he began thinking about auditioning to play clarinet in college. Then his piano teacher Karen Gorden, a renowned conductor and musical director, made a quiet suggestion.

“I would consider going for voice,” she told him. She had seen him in high school musicals and believed he had serious talent, according to Bakari.

The suggestion took him by surprise. “It wasn’t something I knew I wanted,” he said, adding that Yellow Springs did not then have a school choir.

Local resident Bev Logan introduced him to Rebecca Helm, then-registrar at Antioch College, who had training in opera and voice. Though Helm stayed in Yellow Springs for just a year, her influence was decisive.

“She was an angel dropped down to teach me how to sing,” Bakari said, with a laugh.

He got into several college voice programs, choosing Boston University, where he graduated in 2009 with a bachelor’s in music education. A master’s in vocal performance at Juilliard followed in 2013, then an unfolding career that’s already taken some startling leaps into major classical and contemporary opera roles.

As a singer, Bakari is particularly drawn to new music. Contrary to popular perceptions of opera as static and antiquated, the art form is thriving, he said. The United States is second only to Germany in the world for numbers of opera performances, according to Bakari. New operas are written all the time, with fresh stories and innovative music.

“So many operas are telling new stories about people who haven’t traditionally been written about,” he said.

That opens doors for him and other singers of color. “I feel grateful composers today are writing operas for people who look like me,” Bakari, who is of Tanzanian and Filipino heritage, said. At the same time, music directors are casting singers of color in classical roles — witness Bakari’s forthcoming appearance as the prince in “The Magic Flute.”

The role of race and racism in opera is a “complex and divisive and nuanced issue,” he said, citing mostly positive personal experiences and wide opportunities in the field.

Earlier this year, he sang in “The Long Walk,” a new opera about a U.S. soldier returning from Iraq. He will be singing in another production of “The Long Walk” in 2018, at the Pittsburgh Opera. Even more personally meaningful is his starring role in “Charlie Parker’s Yardbird,” upcoming at the Arizona Opera in the fall of 2018.

That opera tells the story of Parker’s life and artistic vision in an unconventional and deeply moving way, Bakari said.

“To perform as Charlie, in a role written for tenor — it’s a dream come true,” he said.

As a professional singer, Bakari spends much of his time on the road. Though he lives in Harlem, he’s rarely home. He auditions frequently, and when he’s hired by an opera company, typically for a month at a time, he goes where the work is — whether that’s Pittsburgh or Portland, Germany, Italy or Israel. Bakari also teaches voice, both in New York and while traveling.

While Bakari didn’t always know he would end up as a theater artist, he now can’t imagine life any other way.

“I don’t like using the word ‘work’ to describe what I do,” he said. “Creating art in this way is so extraordinarily enjoyable for me.”

Even as a child, he remembers being affected by music in a particularly intense and personal way. “I felt the music more deeply,” he recalled.

It is that feeling that makes him an artist, he believes.

Being an artist, even at a high level, is not about being “the best” technically and aesthetically, but about something deeper and more valuable, he reflected.

“We’re communicating our humanity. As artists, we need to be in touch with that.”